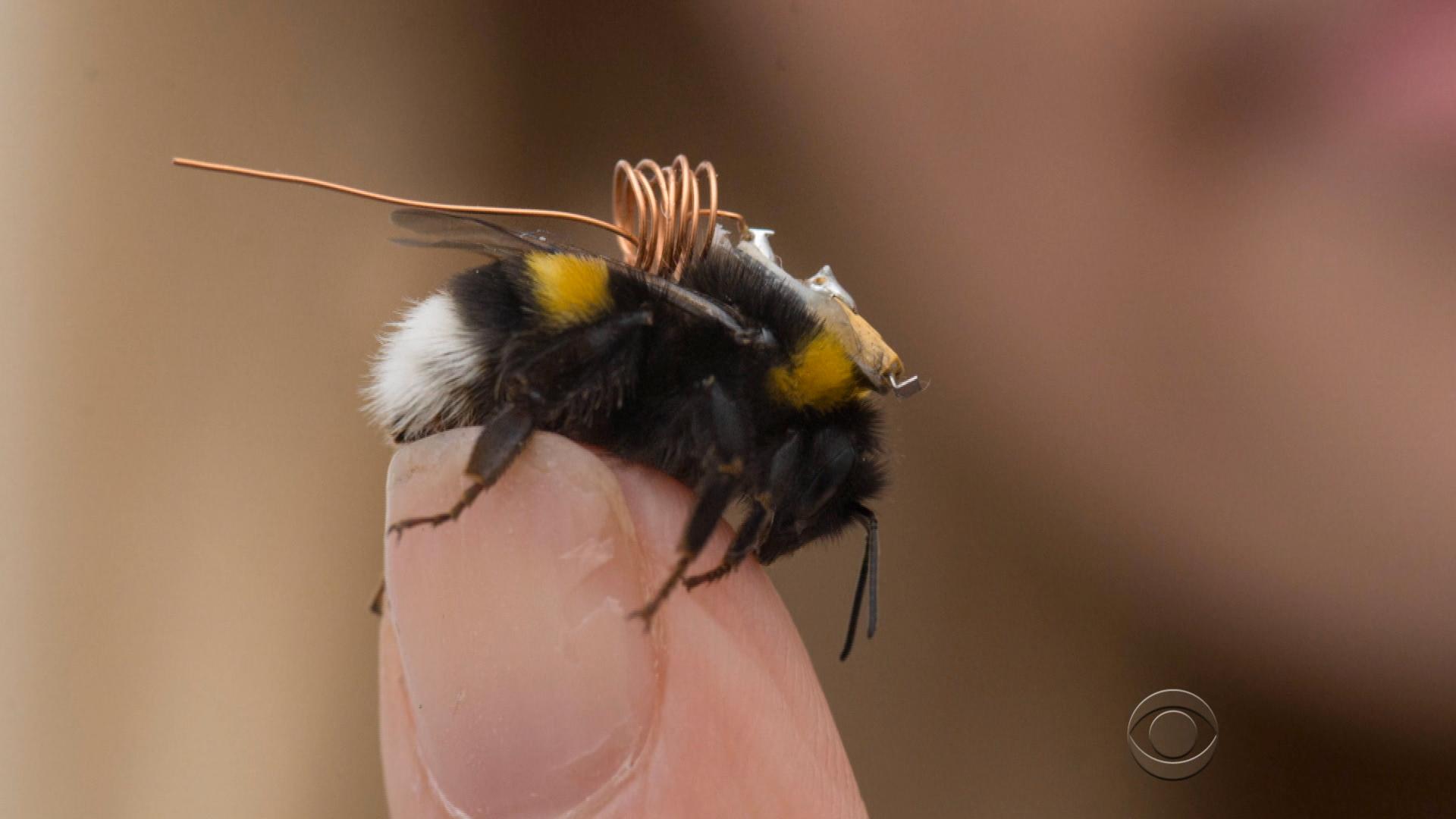 LONDON -- Honey bees help produce about a third of America's food supply. But last year, nearly half the bees in the U.S. disappeared -- a problem being felt across the Atlantic as well.

Now, some detective bees are trying to figure out why.

At London's Botanic Gardens, beneath the flowers where wild bumblebees roam, deep in a secure basement laboratory, British ecologist Sara Barlow suits up her bees for flight.

It's called the "bumblebee backpack" and it's one of the smallest tracking devices ever placed on a living organism.

"We'd be able to build up a map of the bee movements and see a network of where they've been, how long they've been out feeding, how far they've traveled," Barlow told CBS News.

Every time a bee passes a receiver, information will be sent to a computer and Barlow will know the bee's every move.

"Her tag emits a unique signal and picked up by a reader if she flew within a meter of it," she explained.

It's a bumblebee radar. But outfitting the bees with her prototype backpack is no small feat. Barlow stores the bees in a refrigerator. The cold makes them more docile -- usually.

She restrains the bee by carefully pinning it in place, then applies regular old super glue to the back and finally the microchip.

After drying for a few minutes, the bee can buzz off. A wobbly start at first. The tracker is half the bee's weight, after all.

For now, the pilot program is limited to a green house with plans to place receivers around the bees feeding paths out in the wild.

Barlow developed the backpack with engineer friend Dr. Mark O'Neill, who before bees, tracked missiles for the British military. Why is he putting so much effort and energy into this?

It's one tiny tool that Barlow and O'Neill hope will unlock the secret world of bees and the mystery behind their disappearance.