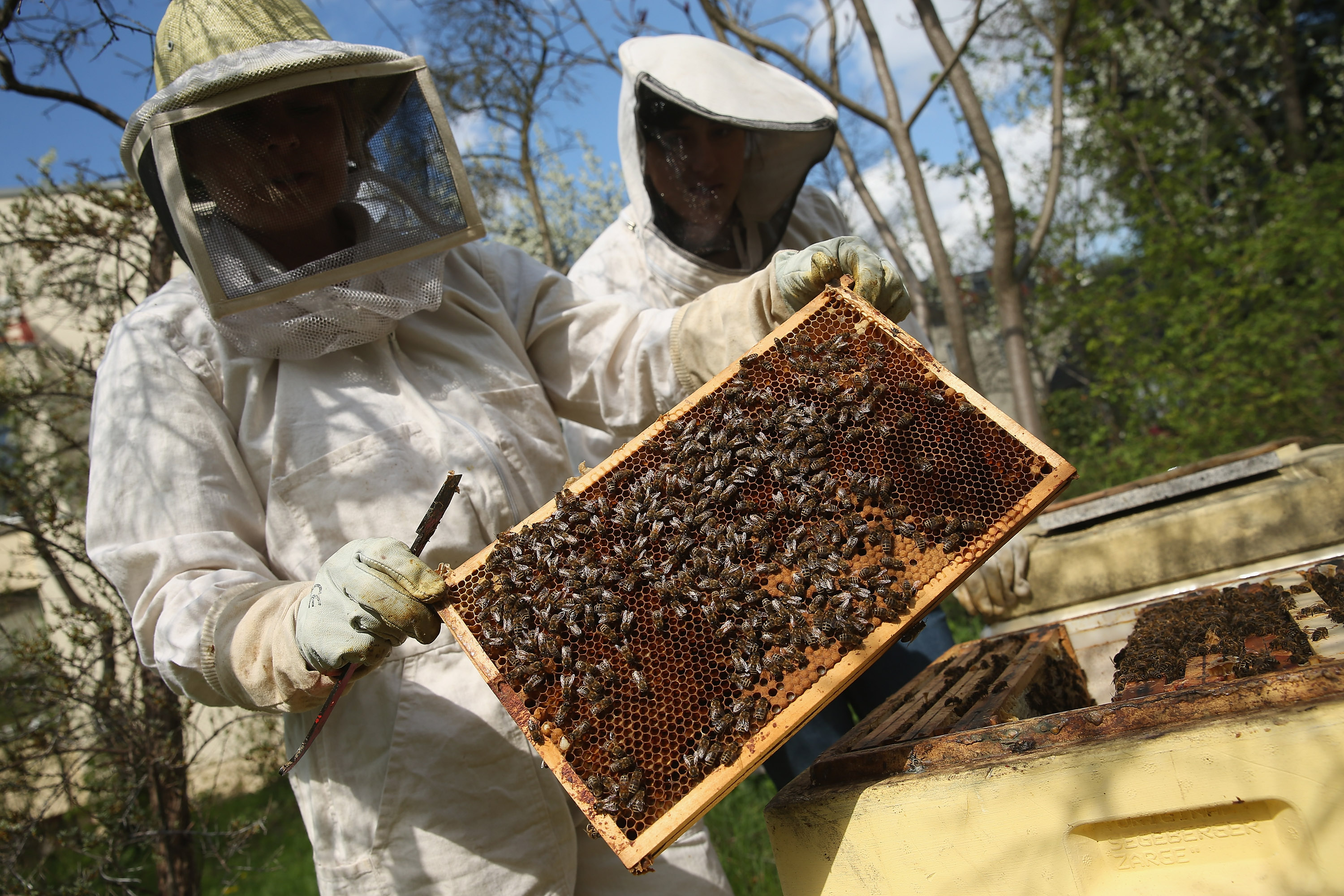 It just keeps getting worse for commercial beekeepers.

Starting in 2006, they have watched as the rates of dead bees almost tripled due to a condition called colony collapse disorder or CCD. And with the latest data, it appears the trend is not getting any better.

A nationwide survey this week found that beekeepers across the United States lost more than 40 percent of their honeybee colonies between April 2014 to April 2015. While winter loss rates improved slightly compared to a year earlier, summer losses were more severe and enough to increase the annual losses, which were the second-highest in the last nine years.

"We traditionally thought of winter losses as a more important indicator of health, because surviving the cold winter months is a crucial test for any bee colony," said Dennis vanEngelsdorp, an assistant professor of entomology at the University of Maryland and project director for the Bee Informed Partnership survey. "But we now know that summer loss rates are significant too. This is especially so for commercial beekeepers, who are now losing more colonies in the summertime compared to the winter. Years ago, this was unheard of."

The survey, which asks both commercial and small-scale beekeepers to track the health and survival rates of their honeybee colonies, is conducted each year by the partnership in collaboration with the Apiary Inspectors of America, with funding from the U.S. Department of Agriculture. It featured 6,000 beekeepers from all 50 states.

Beekeepers who responded to the survey lost a total of 42.1 percent of their colonies over the course of the year. Winter loss rates decreased from 23.7 percent last year to 23.1 percent this year, while summer loss rates increased from 19.8 percent to 27.4 percent.

"The winter loss numbers are more hopeful especially combined with the fact that we have not seen much sign of Colony Collapse Disorder for several years, but such high colony losses in the summer and year-round remain very troubling," said Jeffery Pettis, a senior entomologist at U.S. Department of Agriculture and a co-coordinator of the survey. "If beekeepers are going to meet the growing demand for pollination services, researchers need to find better answers to the host of stresses that lead to both winter and summer colony losses."

Scientists have long struggled to identify the cause of the bee die-off, which threatens the nation's $2.75 million of managed colonies and could one day impact the nation's food supply since bees are crucial to pollination. The economic value of bee pollination services ranges from $10 billion to $15 billion.

Among backyard beekeepers who manage fewer than 50 colonies, the losses have been blamed on the varroa mite, a lethal parasite that can easily spread between colonies. Among commercial beekeepers, the causes of the majority of losses are still unclear.

"Backyard beekeepers were more prone to heavy mite infestations, but we believe that is because a majority of them are not taking appropriate steps to control mites," vanEngelsdorp said. "Commercial keepers were particularly prone to summer losses. But they typically take more aggressive action against varroa mites, so there must be other factors at play."

One of the prime culprits for the commercial die-offs is a class of pesticide called neonicotinoids, or "neonics." Commonly used on corn and cereal crops as well as many types of fruits and vegetables. these pesticides are believed to block the nerve endings of the bee, paralyzing the bee and forcing it to starve to death.

A study out last month in Nature found bees might be getting addicted to the three most common neonicinoid pestides, which contain nicotine.

A separate study also in Nature found that the bumblebees in fields treated with pesticide almost didn't grow, while those in the pesticide-free fields did. Solitary bees also didn't fare well in the pesticide-laced fields, with none returning to nesting sites in those fields. But the pesticides didn't seem to impact the colony strength of honeybees, the most common species used in commercial pollination.

Croplife America, a trade organization representing pesticide companies, has said there is not evidence to show the neonicinoids are to blame for the bees' demise.

"There has been no demonstrated, extraordinary negative effect on bee health associated with neonicotinoid-based insecticides, when they are used properly and according to label directions," it said on its website. "The allegations of widespread harm to pollinators contradict nearly two decades of responsible use of these important pesticides on many millions of crop acres worldwide."

It pointed to a 2012 United States Department of Agriculture report that said varroa mites remain the biggest threat to honeybees, though the report also concluded "acute and sublethal effects of pesticides on honeybees have been increasingly documented and are a primary concern."