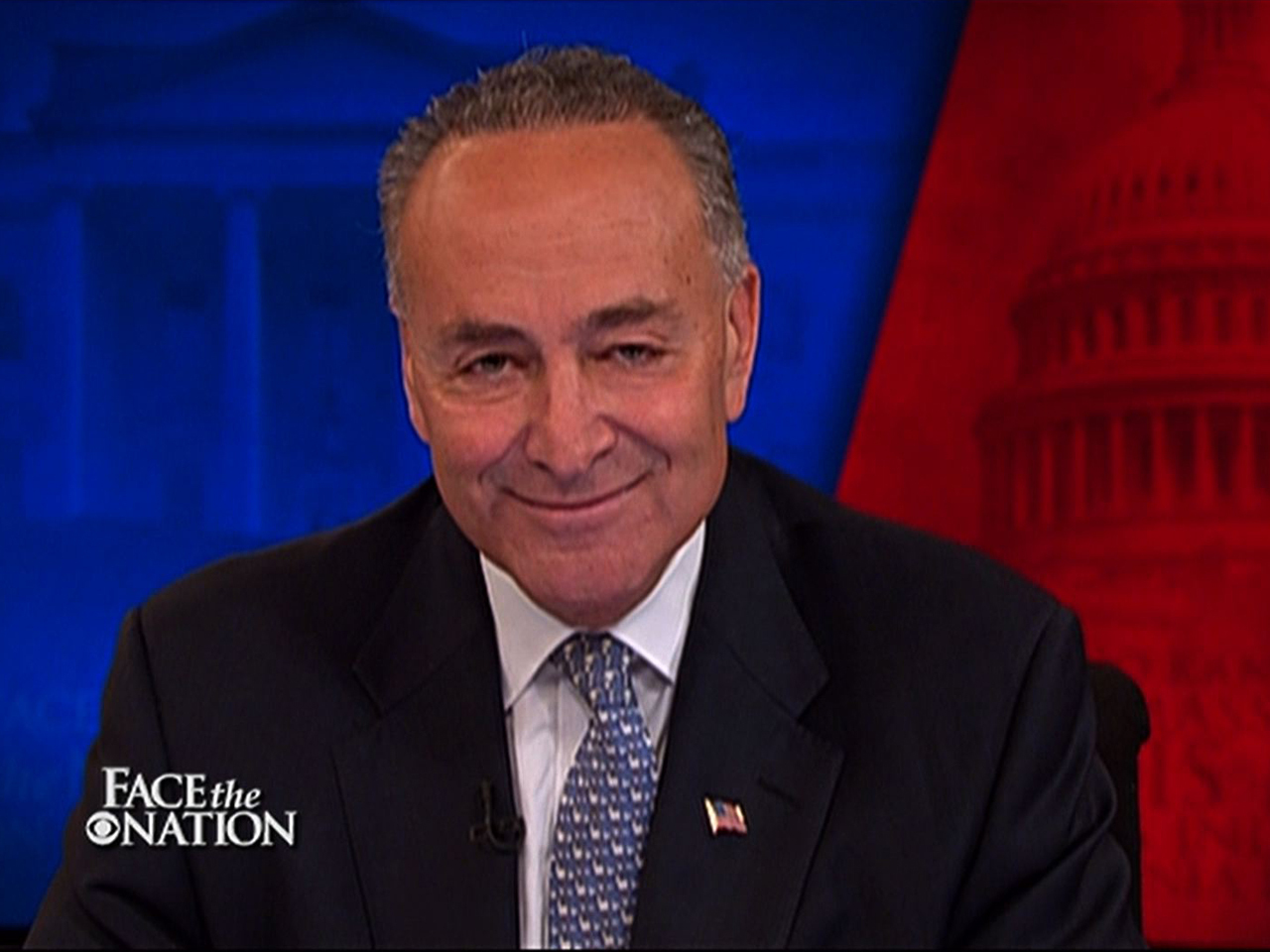 (CBS News) Senator Chuck Shumer is calling on the Justice Department to expand its probe of the Trayvon Martin shooting to include an examination of controversial Stand Your Ground laws associated with the case, he told CBS News' "Face the Nation" on Sunday.

Schumer, in interview with CBS News' Norah O'Donnell, said he is sending a letter to the Justice Department "to ask them to expand their investigation into the general implication of these Stand Your Ground laws."

The New York Democrat wants an examination of the laws - currently enacted in some form in 24 states - to see "whether they actually increase, rather than decrease violence, whether they actually prevent law enforcement from prosecuting cases where a real crime has been committed."

"This Stand Your Ground law is a whole new concept in our jurisprudence," Schumer said. "It basically says if you fear great physical harm you can shoot. Some people call it 'Shoot first, ask questions later.'"

According to the Florida law, a person is allowed to "stand his or her ground and meet force with force . . . including deadly force" if there is a reasonable belief it is needed to "prevent death or great bodily harm," even if there's a chance to escape.

George Zimmerman, the Sanford, Fla., neighborhood watch volunteer who shot the Florida teen last month, claims he was defending himself.

Police have said Florida's Stand Your Ground law prohibited them from arresting Zimmerman.

Schumer said Sunday he thinks the laws should be re-evaluated and changed, and that he's hoping to see hearings surrounding the matter on Capitol Hill.

"I think we should examine this law. They're all new, they've been passed very, very quickly and I think the states who passed them, if they find out the real facts, they may decide to repeal them," he said.

Schumer argued that the laws represented a move toward "vigilantism" with which he wasn't comfortable.

"I'm a law enforcement Democrat, I've a lot of faith in our police and our sheriffs and I don't like a move to vigilantism," he said. "Bottom line is, had Mr. Zimmerman listened to the police when he called 911 and let them handle it, this would've had a much better outcome," he said.

Earlier in the episode, Republican presidential candidate Rick Santorum called the death of Martin a "tragic, tragic case," but declined to say whether or not he thought race had played a role in the shooting.

"Well, obviously I'm not privy to what's going on in someone's mind," Santorum told O'Donnell. "Obviously, in my opinion, this is somebody who has a very sick mind. Who would pursue someone like this - this is clearly a heinous act. And there are a lot of people who have a lot of distorted views of reality.

"It's a tragic, tragic case and my heart goes out to the parents, too," he said. "I can't imagine what they're suffering, losing their son in such a horrific way. All I would say is that whatever the motive is, it was a malicious one, and a very, very tragic one."

When asked about recent comments by fellow GOP presidential contender Newt Gingrich, who decried President Obama's remarks on the incident as "disgraceful" because it would be outrageous if any young man got shot, not just a African American, Santorum said he thought Gingrich was trying to say that "it's hard to generalize from one heinous act."

"All I can say is that, again, there are a lot of people who have very perverted views of reality," Santorum said. "Obviously we have, as we see, people who do horrible things for seemingly senseless reasons. And I think it's hard to generalize from one heinous act, something that is - you know, try to make a bigger point out of it. And I think that's probably what Newt is getting at.

"I would just say to the President, to everybody, you know we need to focus on being there to be supportive and for the family that's going through this tragedy," Santorum said.