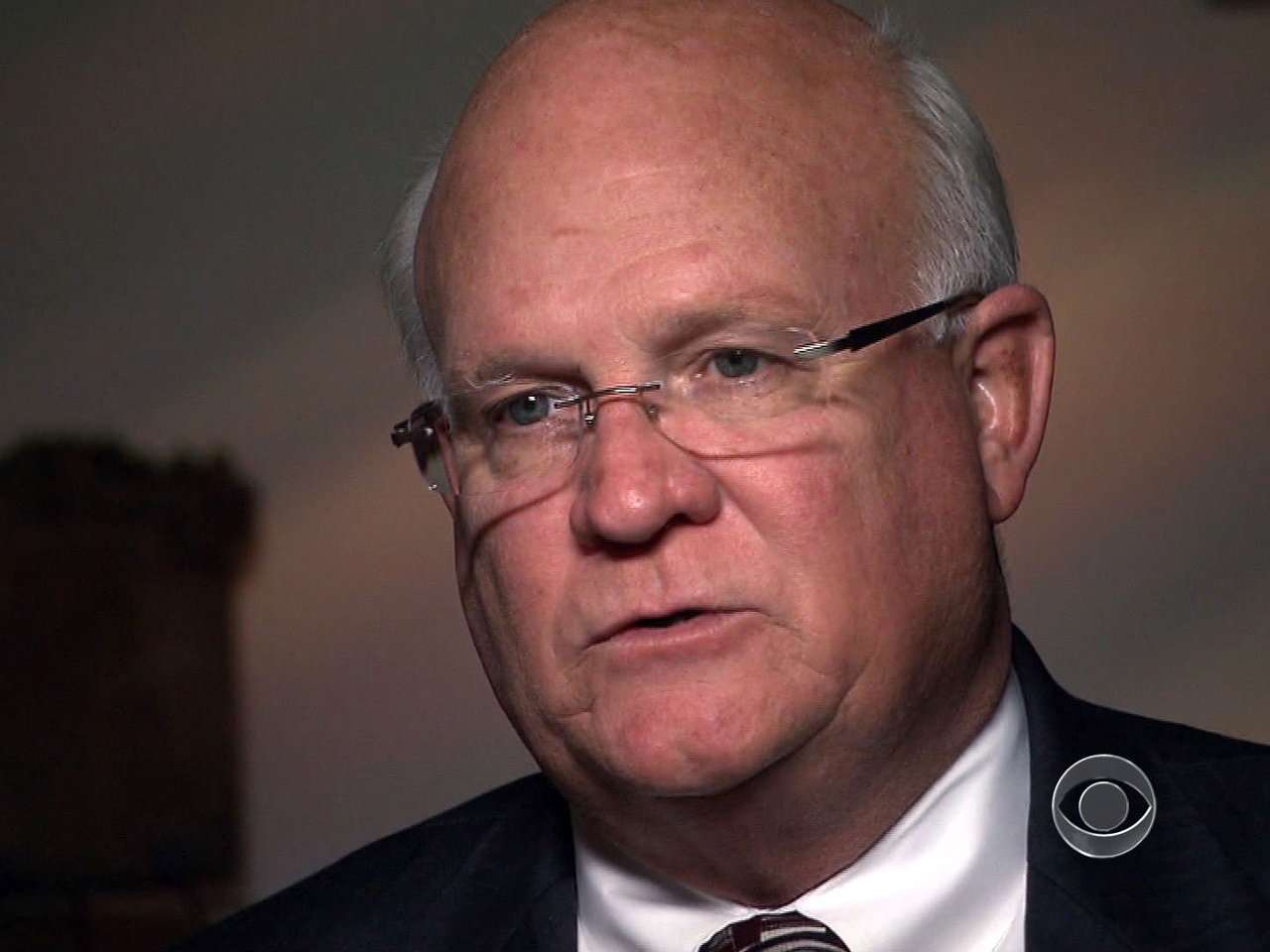 (CBS News) Civil rights leaders kept up the pressure on the police in Sanford, Florida, on Wednesday to arrest George Zimmerman. He's the neighborhood watch captain who shot and killed an unarmed teenager.

Zimmerman claims the shooting was justified, based on a Florida law that allows people to use deadly force to defend themselves, the so-called "Stand Your Ground" law.

CBS News correspondent Jeff Glor reports the law at the center of the shooting was co-sponsored in 2005 by State Representative Dennis Baxley. The legislator says he doesn't have any regrets about creating the law.

"I think it's been a great protection for our people," Baxley said.

The intent of the law was to expand the right to claim self defense beyond the home. It allows a person to "stand his or her ground and meet force with force," "including deadly force" if there's a reasonable belief it's needed to "prevent death or great bodily harm," even if there's a chance to escape.

"We thought the self defense measures that we were talking about really should apply to any law abiding citizen who was doing nothing to harm anyone else," Baxley said.

George Zimmerman claims he was defending himself from Trayvon Martin when he shot the 17-year-old dead last month. Sanford Police say the Florida law prohibited them from arresting Zimmerman.

"Sometimes the application or the interpretation of its use is the problem," Baxley said.

Similar legislation has been passed in 23 other states since 2005. The Tampa Bay Times newspaper found 132 cases in Florida where the law has been invoked; 74 defendants were cleared.

For some of those who have dealt with the law before, the Trayvon Martin case brings back a lot of memories.

"It brought back a lot of bad memories," said Sharon Bostic.

Bostic's 16-year-old son Traveres was sitting in his car in a Sanford parking lot when he was surprised by private armed guards in 2005.

The teen pulled away in his car. The guards shot him in the back and killed him. A Judge dismissed manslaughter charges after the guards claimed Traveres was trying to run them over.

"They should never have passed a law like that. This is not Jesse James and Doc Holliday time," Bostic said.

Baxley said the "Stand Your Ground" law is not set in stone.

"Nothing is ever finished in the legislature; everything can be readdressed," Baxley said.

On Wednesday, Baxley told CBS News that it's time for a new look at "Stand Your Ground."

"We need to look at the circumstances that occurred and see if some kind of legislation is in order," Baxley said.

Baxley says he does not think a wholesale change of the law is needed, but he does say, based on what he knows about the Trayvon Martin case, it should not apply here.