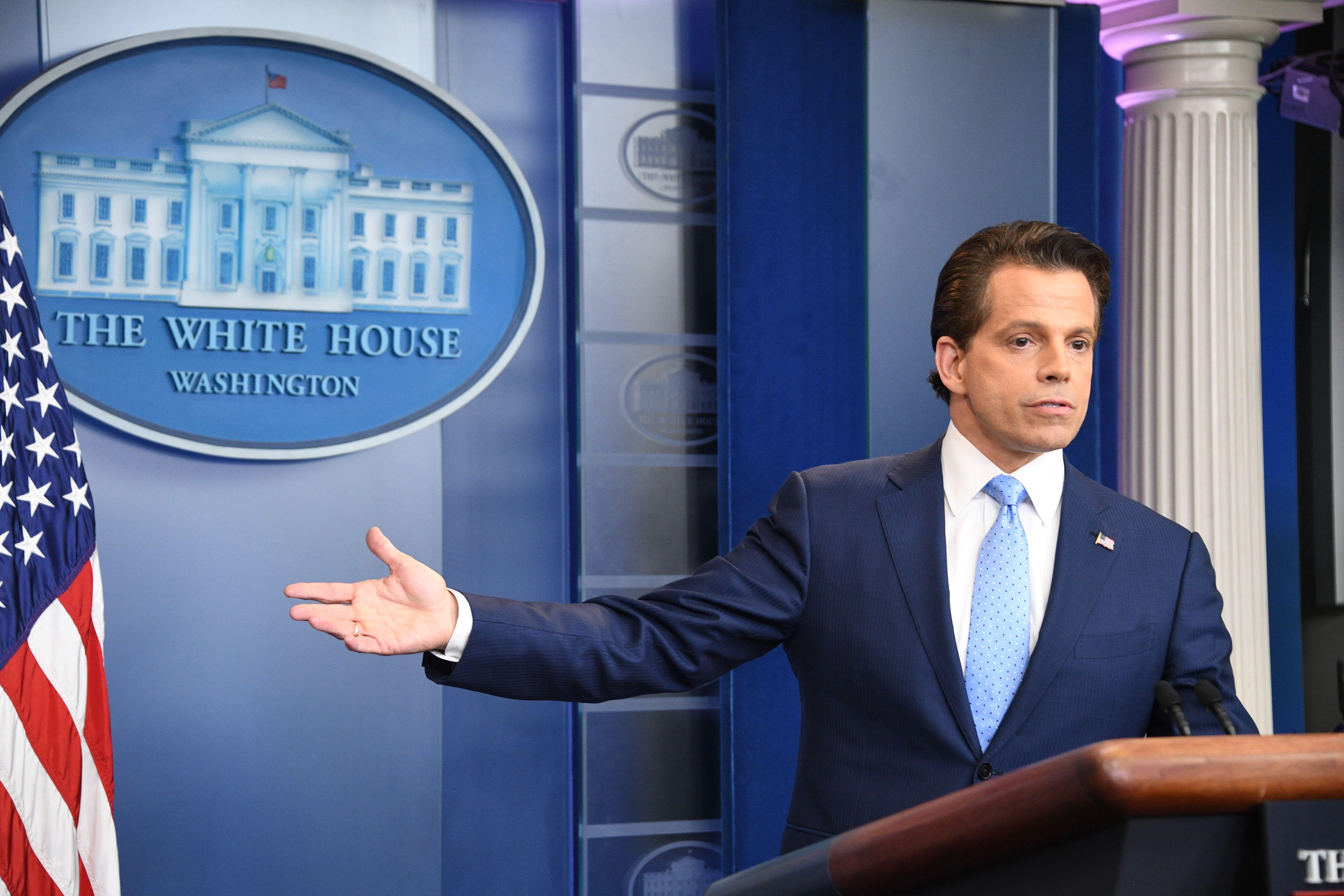 Incoming White House Communications Director Anthony Scaramucci, who has vowed to clean the White House of possible leakers, was asked about reports of a first cut to the communications staff -- assistant press secretary Michael Short, who promptly resigned following his rumored termination.

Speaking to reporters at the White House on Tuesday, Scaramucci did not exactly deny the possibility of Short's termination, but said that leaks of staff firings hurt his ability to let people go in a "humane, dignified way."

"So let's say I'm firing Michael Short today, the fact that you guys know about it before he does, really upsets me as a human being and as a Roman Catholic. You got that? So I should have the opportunity, if I have to let somebody go, to let the person go in a very humane, dignified way. And then the next thing I do is help the person get a job somewhere. OK? Because he probably has a family, right?"

Short has since offered his resignation to White House Press Secretary Sarah Huckabee Sanders which was accepted. The White House press office issued a statement regarding his leave saying, "We are grateful for Michael's service and wish him well in his future endeavors."

White House aide Kellyanne Conway, however, defended Scaramucci's process, saying that he had offered the communications staff "amnesty" and a "clean slate" in his meeting with staffers.

"He's made very clear that everybody gets amnesty and that he's looking at leakers and he wants to make sure that everybody is at their best and highest use as part of the comms team which includes about 40 people."

Short's employment status was first raised in a report by Politico, which said that Scaramucci had warned that Short would be the first of many shakeups under his direction of the communications and press shop.

Scaramucci told CBS' "Face the Nation" on Sunday, "I'm going to have a staff meeting. And it's going to be a very binary thing. I'm not going to make any prejudgments about anybody on that staff. If they want to stay on the staff, they're going to stop leaking."

He reiterated those calls for an end to leaks on Tuesday, threatening staff by saying, "If they don't stop leaking, I'm going to put them out on Penn Avenue. It's a very clear thing. You want to sell postcards to the tourists outside the gate, or you want to work in the West Wing, what do you want to do?"

He added, "If I get the thing down to me and Sarah Huckabee (White House press secretary), then the leaking stops."

On his "Face the Nation" appearance, Scaramucci called people who are "standing around" the president and leaking information "un-American" and "harmful."

Scaramucci, who made his first public appearance as the new White House communications director on Friday, told CBS News that in his new role, he is going to operate "a strategy that is going to knock the socks off of people."