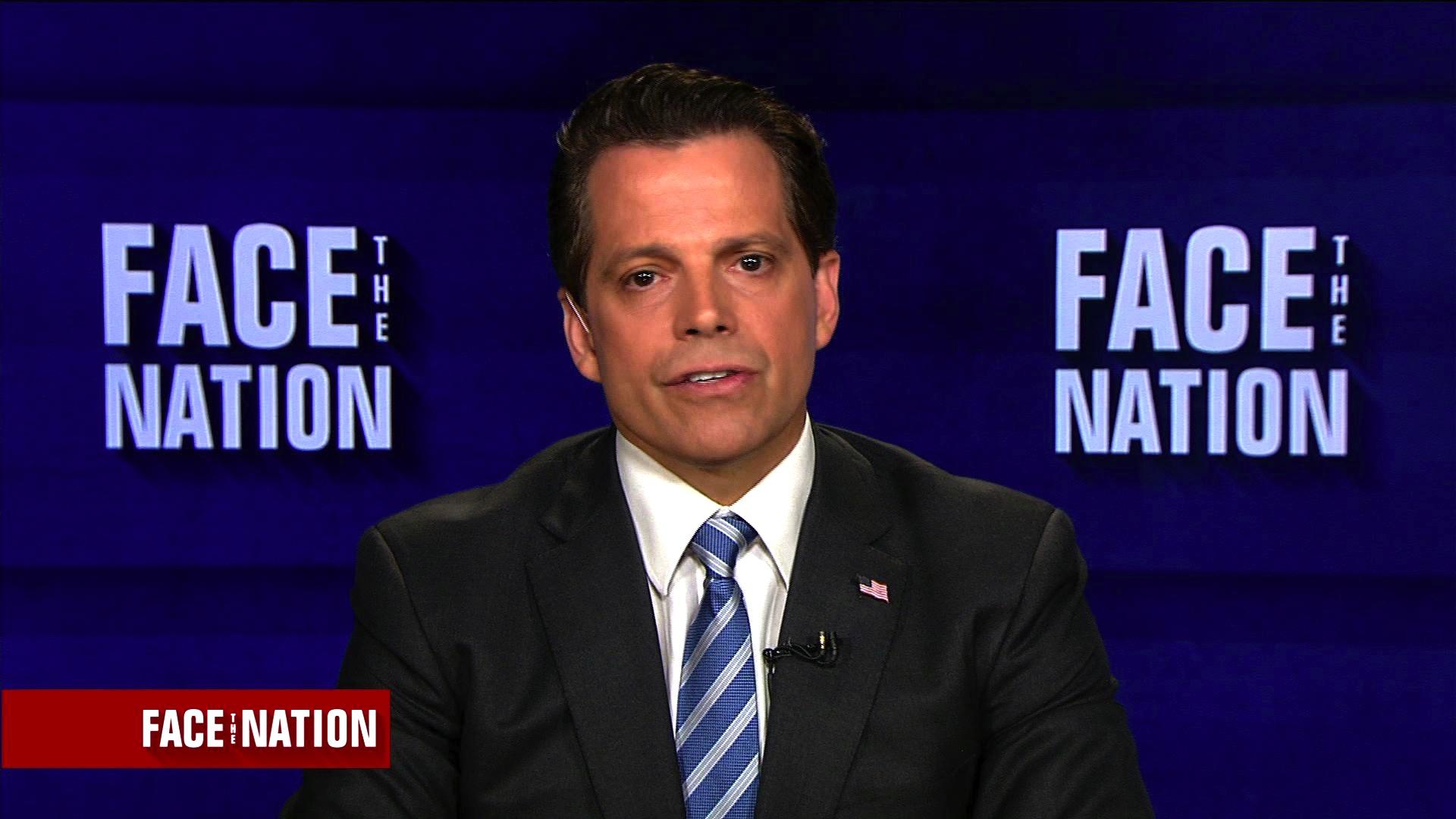 New White House hire Anthony Scaramucci has a message for anyone leaking information from the White House: don't leak or you'll be fired.

"Tomorrow I'm going to have a staff meeting. And it's going to be a very binary thing. I'm not going to make any prejudgments about anybody on that staff. If they want to stay on the staff, they're going to stop leaking," Scaramucci, the incoming White House communications director, said Sunday on CBS News' "Face the Nation."

"If you're going to keep leaking, I'm going to fire everybody. It's just very binary," he said.

He also called people who are "standing around" the president and leaking information "un-American."

Scaramucci said he is going to work on changing the White House "culture" to help prevent further leaks, calling them "unprofessional and harmful." He also addressed one of President Trump's recent tweets that mentioned leaking.

"While all agree the U. S. President has the complete power to pardon, why think of that when only crime so far is LEAKS against us," Mr. Trump tweeted on Saturday.

He added, "There's no need for him to pardon anybody. But he just doesn't like the fact that he has a two-minute conversation in the Oval Office or in his study and that people are running out and leaking that."

Mr. Trump's tweet followed his outside lawyer's denial to CBS News that his legal team was exploring issuing pardons, despite reports to the contrary.

Jay Sekulow, a Trump legal team member, told CBS News chief White House correspondent Major Garrett that pardons were not being discussed and are not on the table.

Scaramucci, who made his first public appearance as the new White House communications director on Friday, said that in his new role, he is going to operate "a strategy that is going to knock the socks off of people."

"I think it is nonsensical and more Washington nonsense that we have to take this political purity ideological test. So if I said I was for something and now I'm against something, that makes me a hypocrite. I don't believe in that. I think it's stupid. And I want to subordinate my political views to the views of the president and his agenda," said Scaramucci.

Scaramucci made the comments a day after he tweeted that he would be deleting a series of past comments on social media that seemingly contradicted the administration's viewpoints -- an action he claimed was an effort to be more transparent.