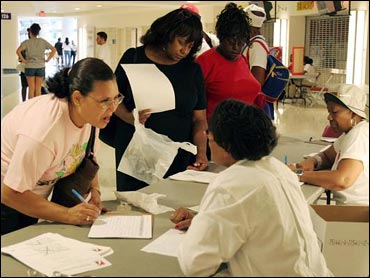 
This isn't going to be a popular column so I may as well get straight to the point: if the flawed response to the unexpected and unprecedented natural disaster of Hurricane Katrina reflects poorly on our country, so does the unrelenting and unforgiving search for scapegoats, incompetents and culprits.

The trickle of finger pointing that I complained about last week has become a tsunami of truculent 'I-told-you-so' s. If the energy, wiliness and zeal politicians and chatterers are investing in the blame game went instead to the continuing — actually endless — relief challenges, we'd be getting more done. I mean that.

Instead, with New Orleans still soggy and displaced thousands in agony, Washington is moving on — to hearings, post-mortems and probably commissions. If that stuff worked, wouldn't, by definition, the response to Katrina have been more successful?

Contrary to what our politicians tend to teach us, outrage does not equal empathy. Nor is it the same as helpful action.

We're still smack dab in the middle of this crisis. Uprooted, devastated poor people are not helped by editorials insisting this calamity was caused by Bush's callousness to the poor, or Republican politicians berating Louisiana's Democratic officials, or administration officials defending some of the clear cut blunders or the House Minority Leader saying of President Bush, "Oblivious, in denial, dangerous."

Half the people who read this will think Pelosi was too easy on Bush. The other half think Pelosi is oblivious and dangerous. Not even the most costly and massive natural disaster in American history can begin to bridge this ugly chasm in the political class.

Regular Americans — as opposed to the political class — are responding to this crisis with generosity, contributions, time and true empathy. They aren't inspired to that by finger pointers and sultans of snarky sound bites. The argument that endless condemnations by politicians are moving the bureaucracy to get things done simply doesn't wash. Americans are moved not by rhetoric but by reality. They see the pictures on television.

At this point, much of the Washington-based name-calling is explicitly and egregiously partisan.

Presidential candidate Hillary Clinton wants a 9/11-style independent commission to investigate. Perhaps she'd like Ken Starr to run it. She also wants FEMA taken out of the Department of Homeland Security, where it has been for a couple months. Presidential candidate John Edwards says the fate of New Orleans' poor vindicates his campaign theme of "two Americas."

Most readers who have followed this story closely by now have favorite examples of incompetence, malfeasance, profiteering or neglect. I'm sure I'll hear about them; I hope I do.

I do not mean to argue here that the response to Katrina was adequate or competent. It seems clear it wasn't and the victims have every right in the world to be irate, as do those who have witnessed the devastation up close.

But the fact remains that this was a cataclysmic, epic natural disaster and great suffering was unavoidable. The time to figure out what went wrong and perhaps assign blame is not now. It will come soon enough and then it won't end. Those who are pushing agendas of accusation now are mostly doing so from self-interest or sanctimony.

America has developed a bad habit of insisting that when bad things happen to people, someone must pay, someone must be to blame. It's the spirit of litigation and too many of our politicians, like ambulance chasers, are preying on it. It's embarrassing.

Most people thought 9/11 would bring the country together and ease the so-called culture wars. It may have for some, but certainly not for the politically engaged. And so it will be with Katrina.