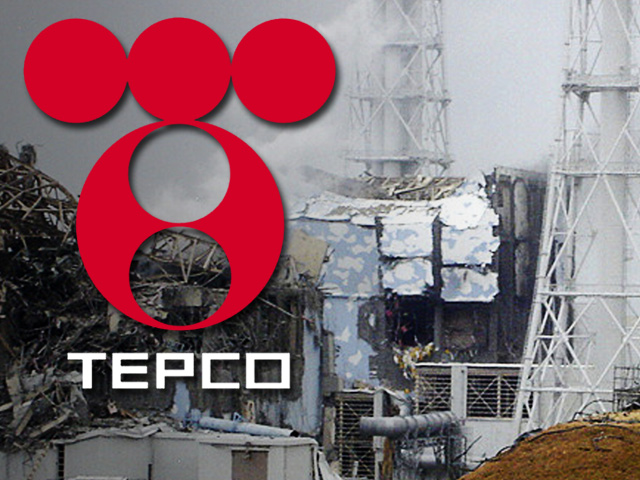 Leaks of radioactive steam and workers contaminated with radiation are just part of the disturbing catalog of accidents that have occurred over the years and been belatedly reported to the public, if at all.

Special Section: Disaster in Japan
Japan Disaster: How you can help

In one case, workers hand-mixed uranium in stainless steel buckets, instead of processing by machine, so the fuel could be reused, exposing hundreds of workers to radiation. Two later died.

"Everything is a secret," said Kei Sugaoka, a former nuclear power plant engineer in Japan who now lives in California. "There's not enough transparency in the industry."

Sugaoka worked at the same utility that runs the Fukushima Dai-ichi nuclear plant where workers are racing to prevent a full meltdown following Friday's 9.0 magnitude quake and tsunami.

In 1989 Sugaoka received an order that horrified him: edit out footage showing cracks in plant steam pipes in video being submitted to regulators. Sugaoka alerted his superiors in the Tokyo Electric Power Co., but nothing happened -- for years. He decided to go public in 2000. Three Tepco executives lost their jobs.

The legacy of scandals and cover-ups over Japan's half-century reliance on nuclear power has strained its credibility with the public. That mistrust has been renewed this past week with the crisis at the Fukushima Dai-Ichi plant. No evidence has emerged of officials hiding information in this catastrophe. But the vagueness and scarcity of details offered by the government and Tepco -- and news that seems to grow worse each day -- are fueling public anger and frustration.

"We don't know what is true. That makes us worried," said Taku Harada, chief executive of the Tokyo-based Internet startup Orinoco. Harada said his many American friends are being urged to leave the capital while the Japanese government says the area is safe, probably to avoid triggering panic.

The difference is unsettling, he said. He has rented an office in Osaka 250 miles (400 kilometers) to the southwest to give his 12 employees the option of leaving Tokyo.

"We still don't know the long-term effects of radiation," he said. "That's a big question."

Tokyo Electric Power Co. official Takeshi Makigami says experts are doing their utmost to get the reactors under control.

"We are doing all that is possible," he told reporters.

Worried that over-dependence on imported oil could undermine Japan's humming economy, the government threw its support into nuclear power, and the industry boomed in profile and influence. The country has 54 nuclear plants, which provide 30 percent of the nation's energy needs, is building two more and studying proposals for 12 more plants.

Before Friday's earthquake and tsunami that triggered the Fukushima crisis and sent the economy reeling, Japan's 11 utility companies, many of them nuclear plant operators, were worth $139 billion on the stock market.

Tepco -- the utility that supplies power for Japan's capital and biggest city -- accounted for nearly a third of that market capitalization, though its shares have been battered since the disasters, falling 65 percent over the past week to 759 yen ($9.6) Thursday. Last month, it got a boost from the government, which renewed authorization for Tepco to operate Fukushima's 40-year-old Unit 1 reactor for another 10 years.

With such strong government support and a culture that ordinarily frowns upon dissent, regulators tend not to push for rigorous safety, said Amory Lovins, an expert on energy policy and founder of the Rocky Mountain Institute.

"You add all that up and it's a recipe for people to cut corners in operation and regulation," Lovins said.

The United States, Japan's close ally, has also raised questions about the coziness between Japanese regulators and industry and implicitly questioned Tokyo's forthrightness over the Fukushima crisis. The director of the U.S. Nuclear Regulatory Commission and the U.S. ambassador this week issued bleaker assessments about the dangers at the plant than the Japanese government or Tepco.

Competence and transparency issues aside, some say it's just too dangerous to build nuclear plants in an earthquake-prone nation like Japan, where land can liquefy during a major temblor.

"You're building on a heap of tofu," said Philip White of Tokyo-based Citizens' Nuclear Information Center, a group of scientists and activists who have opposed nuclear power since 1975.

"There is absolutely no reason to trust them," he said of those that run Japan's nuclear power plants.

Japan is haunted by memories of past nuclear accidents.

In 1999, fuel-reprocessing workers were reported to be using stainless steel buckets to hand-mix uranium in flagrant violation of safety standards at the Tokaimura plant. Two workers later died in what was the deadliest accident in the Japanese industry's history.

At least 37 workers were exposed to low doses of radiation at a 1997 fire and explosion at a nuclear reprocessing plant operated in Tokaimura, northeast of Tokyo. The operator, Donen, later acknowledged it had initially suppressed information about the fire.

Hundreds of people were exposed to radiation and thousands evacuated in the more serious 1999 Tokaimura accident involving JCO Co. The government assigned the accident a level 4 rating on the International Nuclear Event Scale ranging from 1 to 7, with 7 being most serious.

In 2007, a powerful earthquake ripped into Japan's northwest coast, killing at least eight people and causing malfunctions at the Kashiwazaki Kariwa nuclear power plant, including radioactive water spills, burst pipes and fires. Radiation did not leak from the facility.

Tepco has safety violations that stretch back decades. In 1978, control rods at one Fukushima reactor dislodged but the accident was not reported because utilities were not required to notify the government of such accidents. In 2006, Tepco reported a negligible amount of radioactive steam seeped from the Fukushima plant -- and blew beyond the compound.

Now with the public on edge over safety, Tatsumi Tanaka, head of Risk Hedge and a crisis management expert, believes the government would find it difficult to approve new plants in the immediate future.

Tokyo Electric Power Co., regulators and the government spokesman have been holding nationally televised news conferences, sometimes several a day, on the latest developments at the Fukushima plant.

But the reactors have been volatile, changing by the hour, with multiple explosions, fires and leaks of radiation. The utility, regulators and government spokesmen often send conflicting information, adding to the confusion and the perception they aren't being forthright, Tanaka says.

"They are only making people's fears worse," he said. "They need to study at the onset what are the possible scenarios that might happen in about five stages and then figure out what the response should be."