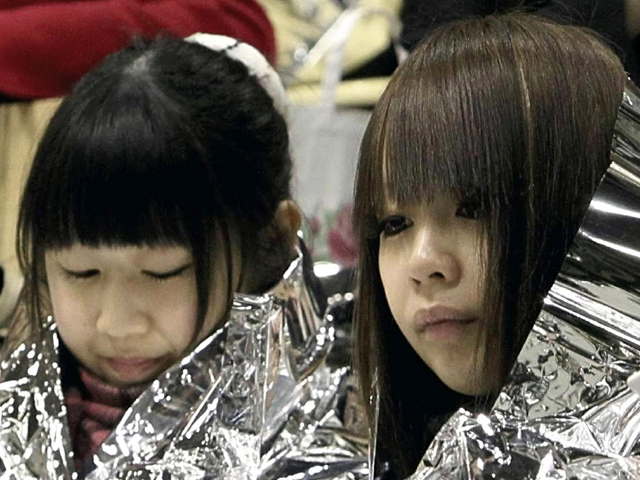 International relief agencies have launched a variety of ways since March 11 for people make donations to help victims of the earthquake and tsunami that hit Japan.

Japanese officials said Thursday that more than 15,000 people were either killed or left missing by the devastating earthquake and tsunami which ravaged the country's northeast last week. Another 387,000 Japanese residents had been forced from their homes and were in temporary accommodation -- the quality of which varied greatly. According to the most recent figures, released by Japan's national police agency, at least 15 people have died in refugee camps.

Here are ways viewers can help:

The American Red Cross is collecting donations for its disaster relief efforts to help people in Japan and throughout the Pacific.

Apple has posted a donation page on iTunes where you can use your iTunes account to make a secure donation to the American Red Cross and its Japanese relief fund.

Save the Children is collecting donations and has dispatched an international emergency team to assist staff in Japan.

International Medical Corps' Emergency Response Fund is collecting donations and is preparing to send relief teams and supplies to the country.

The Salvation Army is collecting donations while its counterpart in Japan responds to victims' needs.

Donations to GlobalGiving's Japan Earthquake and Tsunami Relief Fund will be distributed to a variety of relief and emergency services agencies.

UNICEF's U.S. fund says it will use its donations to support children in Japan's hardest-hit areas.

The U.S. government's Agency for International Development created a list of active organizations accepting donations for Japan relief and listed ways for people to donate time or materials on its website.

The American Red Cross is also collecting donations via text message. Donors can text "REDCROSS" to 90999 to give $10 for relief efforts.

The Salvation Army is collecting $10 donations for each text with the words "Quake" or "Japan" sent to 80888. Donations can also be made by calling 1-800-SAL-ARMY.

Texting "TSUNAMI" to 50555 will give $10 to Convoy of Hope, a global relief organization based in Washington, D.C.

Check donations for The Salvation Army's Japan efforts must be marked "Japan earthquake relief" and sent to:

A helpful message from our sister site CBS Moneywatch.com:

Don't give to strangers who contact you by e-mail or on the phone. If you've never heard of a charity, check to see if it is listed on Charity Navigator, which evaluates the financial health and efficiency of more than 5,500 organizations. In the aftermath of Hurricane Katrina, the FBI reported that 4,000 scamming charity sites were created to take advantage of generous donors ... If you have received a suspicious e-mail, or have been contacted by someone claiming to be a victim of a disaster and you are skeptical, the FBI suggests that you contact the Internet Crime Complaint Center at http://www.ic3.gov.

Twitter posted to its Japanese blog a list of links to message boards set up by mobile phone carriers for survivors to check in. The boards, listed below, are searchable by survivors' mobile numbers.