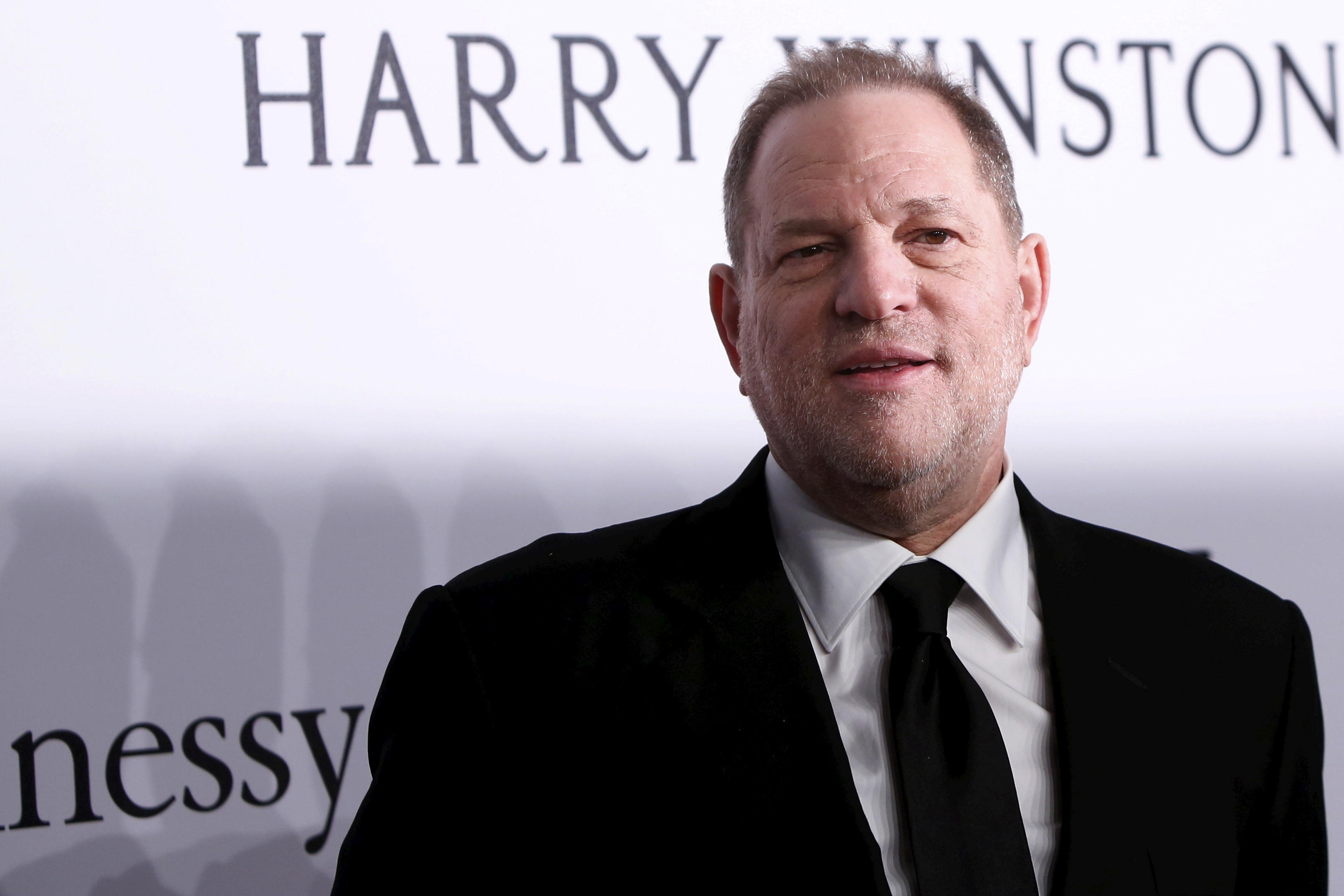 "Weekend Update" tossed off a few barbs targeting Weinstein and his fall amid numerous accusations of sexual assault.

Colin Jost proposed that rather than the rehab Weinstein has pledged to undergo, jail would be more fitting. Michael Che suggested that Weinstein's face resembles "chewed bubblegum rolled in cat hair."

Earlier, a sketch depicted actresses discussing sexual harassment. Kate McKinnon as a dotty Hollywood veteran recalled being invited to Weinstein's hotel room where he was naked and hanging upside down, trying to trick her into thinking his genitals were actually his face.

But thanks to Alex Baldwin and fellow players, the night's preferred target was, as usual, President Donald Trump.

Dozens of women, including actresses Angelina Jolie and Gwyneth Paltrow, have gone public with accusations against Harvey following recent reports by The New York Times and The New Yorker detailing misconduct claims by others.

British police are now investigating three new allegations of sexual assault against film producer Harvey Weinstein. London's Metropolitan Police force said the same woman was the victim of the assaults that allegedly took place in 2010, 2011 and 2015. It said Sunday that officers from the Child Abuse and Sexual Offenses Command are investigating.

The force did not name Weinstein, in keeping with its policy of not identifying suspects who have not been charged. But it said the allegations involve a man against whom another was made on Wednesday. That case also is being investigated.

Actress Lysette Anthony says she reported to police Wednesday that Weinstein raped her in London in the late 1980s. Anthony told the Sunday Times newspaper she was left feeling "disgusted and embarrassed" after the attack.

Weinstein has been expelled from the Academy of Motion Picture Arts and Sciences, the academy's board of governors said in a statement Saturday. The board met to discuss sexual abuse allegations against Weinstein and said it voted "well in excess of the required two-thirds majority" to immediately expel Weinstein from the Academy.

The expulsion means that Weinstein will no longer be able to vote for nominees or winners for the Academy Awards. He's already been suspended by the British Film Academy, and he was fired by The Weinstein Co., a studio he co-founded with his brother.

Weinstein has denied any nonconsensual sexual conduct with any women.