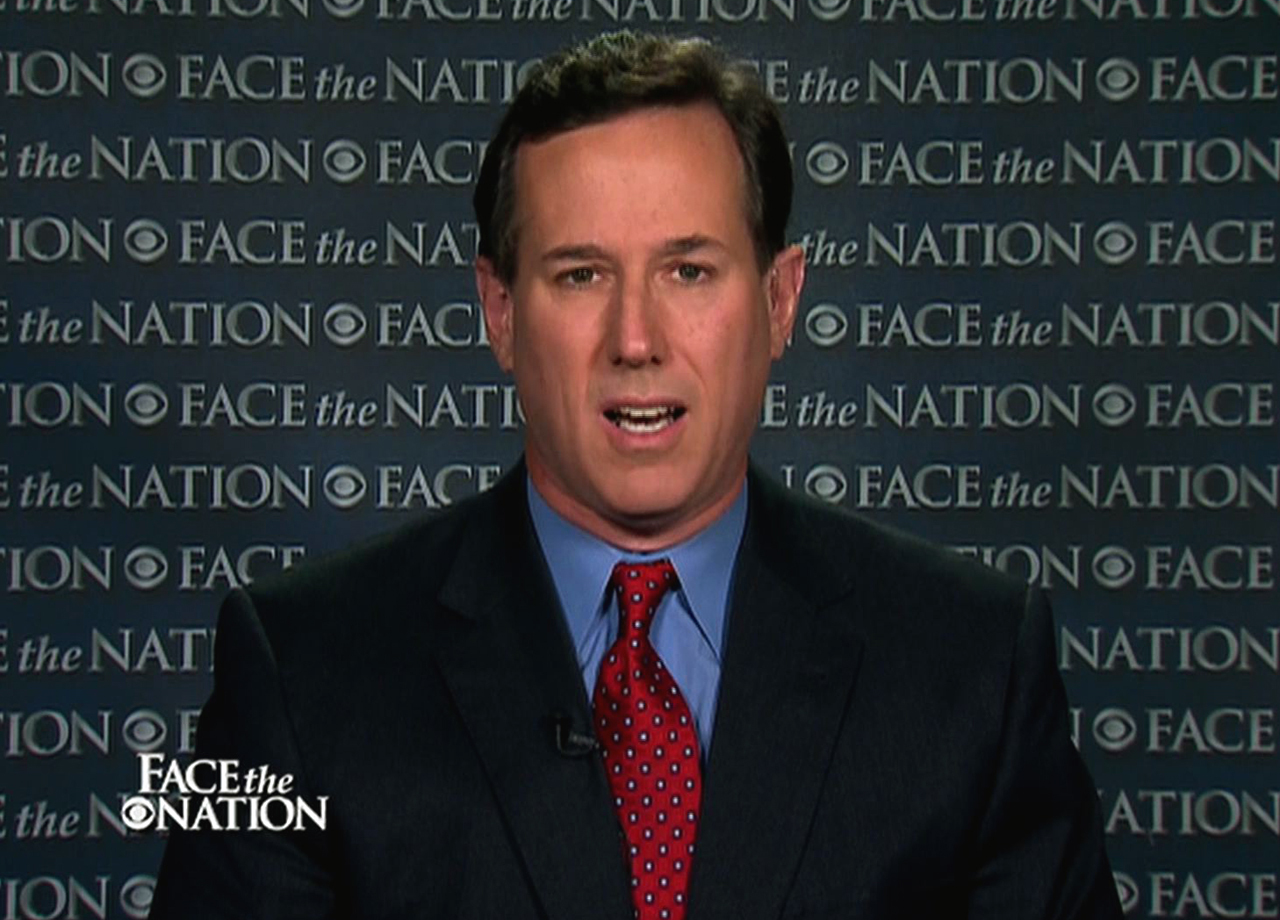 Republican presidential candidate Rick Santorum said he takes the president at his word that he's a Christian, but said Barack Obama's "world view" is different than that of most Americans.

Santorum commented in Ohio Saturday that the president believes in "some phony ideal, some phony theology. Oh, not a theology based on the Bible, a different theology."

Asked to clarify his statements on CBS News' "Face the Nation" Sunday, Santorum said that he was referring not to the president's faith but to environmentalism.

"Well, I was talking about the radical environmentalists," he told Schieffer. "That's what I was talking about: Energy, this idea that man is here to serve the Earth, as opposed to husband its resources and be good stewards of the Earth. And I think that is a phony ideal. I don't believe that that's what we're here to do - that man is here to use the resources and use them wisely, to care for the Earth, to be a steward of the Earth, but we're not here to serve the Earth.

"The Earth is not the objective," Santorum said. "Man is the objective. I think a lot of radical environmentalists have it upside-down."

But Schieffer pressed Santorum, saying that by using the term theology it sounded like he was questioning the president's religion.

"I wasn't suggesting the president's not a Christian. I accept the fact that the president is a Christian," Santorum said, looking agitated. "I just said that when you have a worldview that elevates the Earth above man and says that we can't take those resources because we're going to harm the Earth; by things that frankly are just not scientifically proven, for example, the politicization of the whole global warming debate - this is all an attempt to, you know, to centralize power and to give more power to the government.

"It's not questioning the president's beliefs in Christianity. I'm talking about the belief that man should be in charge of the Earth and have dominion over it and should be good stewards of it.

"I've repeatedly said that I believe the president is a Christian. He says he is a Christian. But I am talking about his worldview or the way he approaches problems in this country and I think they're different than how most people do in America."
View CBS News In
CBS News App Open
Chrome Safari Continue
Be the first to know
Get browser notifications for breaking news, live events, and exclusive reporting.