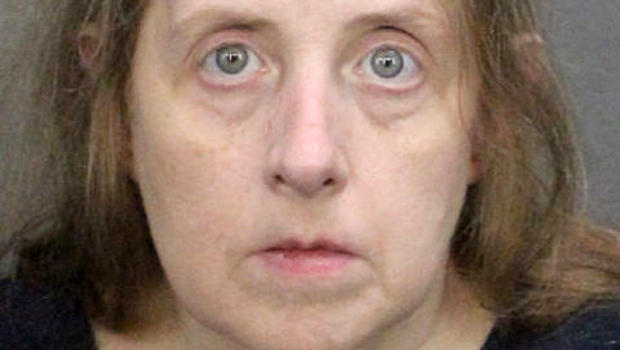 FORT LAUDERDALE, Fla. -- A Florida woman pleaded guilty and was sent to prison Wednesday for threatening a man whose 6-year-old son was killed in the 2012 mass shooting at a Connecticut school, which she contended was a hoax.

Senior U.S. District Judge James Cohn sentenced Lucy Richards, 57, to five months in prison, followed by five months of home detention. She pleaded guilty to interstate transmission of a threat to injure in communications with Lenny Pozner, the father of Noah Pozner, who died in the Sandy Hook school shooting in Newtown, Connecticut.

Cohn called Richards' actions toward Pozner "disturbing" and said no one should cite a conspiracy theory or belief in a hoax in the deaths of 20 children and six adults that occurred at the school.

"I'm sure he wishes this was false and he could embrace Noah, hear Noah's heartbeat and hear Noah say 'I love you, Dad'," Cohn told Richards. "Your words were cruel and insensitive. This is reality and there is no fiction. There are no alternative facts."

Investigators say Richards made four voicemail and email threats to Pozner on Jan. 10, 2016, after viewing internet sites claiming the shooting was a hoax aimed at curtailing Americans' Second Amendment gun ownership rights. The messages said things such as "you gonna die, death is coming to you real soon" and "LOOK BEHIND YOU IT IS DEATH."

"You have the absolute right to think and believe as you so desire," the judge said. "You do not have the right to transmit threats to another."

In a statement before she was sentenced, Richards apologized and said she could not account for her actions against Pozner that day.

"I don't know where my heart and head were that day, but they were not in the right place," she said. "It was the worst mistake of my life and I am truly sorry."

Others linked to the Sandy Hook massacre have reported harassment by hoax believers amid a growing trend of "fake news" stories and baseless conspiracy theories, such as the "Pizzagate" case in which a man fired an assault rifle inside a Washington, D.C., pizzeria after going there to investigate unfounded claims it harbored a child sex abuse ring.

In fact, Richards' public defender Robert Berube said he had gotten calls from around the United States from people who think Sandy Hook was a hoax.

"There were many people who told me it never took place," he said.

In addition to the prison time and home arrest, Richards will serve three years on probation and is barred from accessing a list of conspiracy theory websites.

She had initially been scheduled to plead guilty in March but did not show up in court, leading to her arrest April 1 and time in jail since then. Those two months already served will count toward her five-month prison sentence.