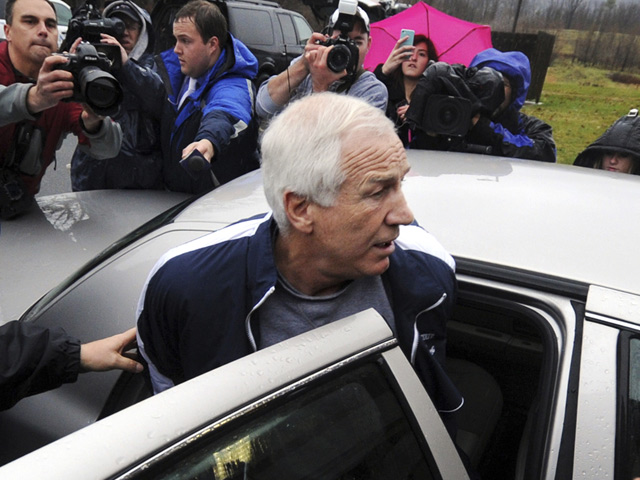 At least five alleged victims in the Penn State sex abuse scandal are set to tell their stories in court for the first time Tuesday.

Former assistant football coach Jerry Sandusky will be there, too, to hear their testimony -- and his lawyer, Joe Amendola, says Sandusky is "dreading" the court date.

"And I'm sure, you can imagine, he's going to have to sit in a court room with a couple hundred people -- I understand it's going to be filled to capacity, including members of his family, and friends -- who are going to listen to these young men say horrific things occurred between them and Jerry," Amendola said.

Sandusky's accusers' allegations have been the subject of two grand jury reports, and hundreds of news stories, but Tuesday, his accusers are expected to answer questions themselves about their allegations that he molested them, CBS News' Anna Werner reports.

And CBS News has learned that a key prosecution witness is also scheduled to testify: Mike McQueary. He was a graduate assistant (who went on to become an assistant coach) when, he recently told a grand jury, he saw Sandusky in a locker room shower on the Penn State campus in 2002, sexually assaulting a young boy.

According to the grand jury report, he says he saw a boy "he estimated to be 10 years old, with his hands up against the wall" being raped by a naked Sandusky.

But a local newspaper report Sunday raised new questions about whether McQueary may have told a different story back then.

The Harrisburg Patriot News, quoting a source, says that, after the incident, McQueary went to his father's home where a family friend, Dr. Jonathan Dranov was also present.

The newspaper says Dranov reportedly said that at the time, "McQueary heard 'sex sounds,' saw "a young boy stick his head around the corner" and "an adult arm reached around" and pulled the boy back. The newspaper said Dranov told grand jurors, "He asked McQueary several times if he saw anything sexual, and several times McQueary said 'no."'

At Dranov's home Sunday, a woman declined to comment. She said, "We're not opening the door, good-bye."

One person who will not testify Tuesday will be Sandusky himself: This will be a probable cause hearing in which prosecutors have to establish the basic elements of the charges against Sandusky. No cameras will be allowed in the courtroom.