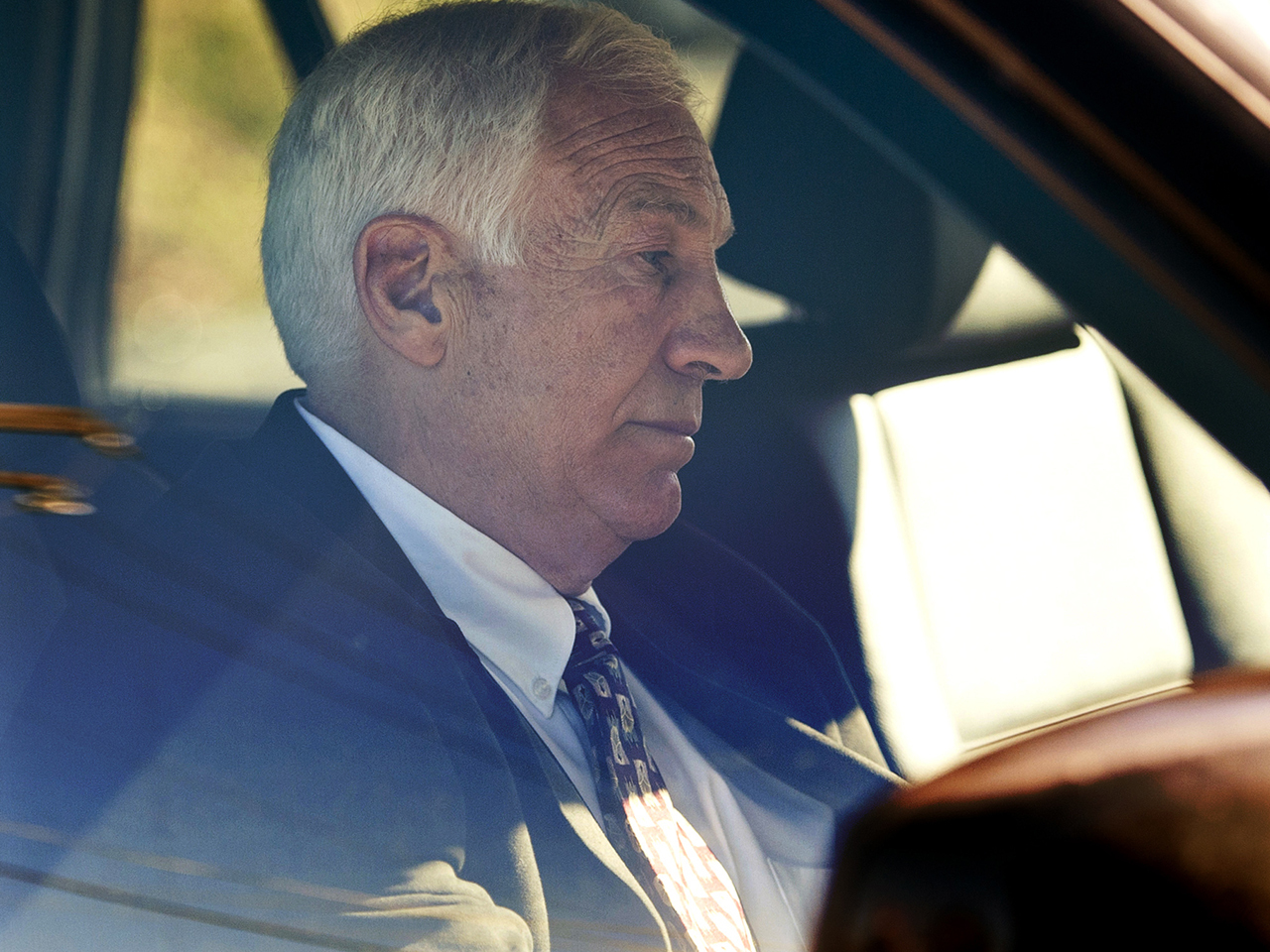 PHILADELPHIA - A year and a half after an investigation began into former Penn State assistant football coach Jerry Sandusky's contact with young boys, he applied for a volunteer coaching job at a college but was denied the job after a background check.

Sandusky's attempt to work at Juniata College was first reported by CBS affiliate WHP-TV in Harrisburg, Pa. Officials at the school said Wednesday that Sandusky applied for the volunteer football coaching job in May 2010 and was rejected the following month after a background check showed a high school where Sandusky previously volunteered, Central Mountain High School, was investigating him.

A mother reported that the former Penn State assistant coach had molested her child, a student at Central Mountain. Her son is now commonly referred to as Victim 1 in Pennsylvania's Grand Jury report.

New accuser: Sandusky gave me booze, molested me
As many as 8 alleged victims expected to testify at Sandusky hearing
Sandusky on horsing around in the shower: "That was just me"

Sandusky, 67, has denied being a pedophile and has vowed to fight the grand jury case against him. In interviews with NBC and The New York Times, he has said he showered and horsed around with boys but never sexually abused them. His case led to the firing of legendary Penn State football coach Joe Paterno, a Hall of Famer who won more games than any other coach in major college football history and made the once obscure Northeastern program famous.

Juniata spokesman John Wall said the college was not informed of the details of the investigation or the existence of a grand jury, but based on the report informed its coaches Sandusky was not to have contact with the program.

Sandusky continued to attend games at the college after he we rejected for the job and at one point sat in the press box for an away game, according to Wall.

Wall said he wasn't sure what led Sandusky to be in the press box, but said the school's former athletic director, Carmen Felus, then reiterated to its coaches that Sandusky was to have no connection with the team. He did previously allow Sandusky to give a motivation speech to the team in 2009, back when Felus was the head coach.

The information that Sandusky was still pursuing coaching opportunities amid an investigation into his activities comes as his attorney and prosecutors prepare for a preliminary hearing where several of his alleged victims could testify.

A lawyer for one of the young men told The Associated Press his client plans to testify at Tuesday's hearing and as many as five others who testified before the grand jury could also testify.

The attorney spoke to AP on condition of anonymity because he is trying to ensure his client's identity isn't revealed publicly.

Another accuser came forward Tuesday and filed a complaint with authorities. The now 19-year-old said he also met Sandusky through The Second Mile, a charity Sandusky founded in 1977 to help at-risk children, lawyer Charles Schmidt said.

Schmidt said the client, whom he did not identify, went to his law firm about three weeks ago, after Sandusky was charged with sexually abusing eight boys over a 15-year period.

Schmidt told the AP that his client was 12 years old, dealing with the death of his mother and suffering emotional issues at the time of the campus incident. The lawyer said the two met through The Second Mile and his client claims Sandusky gave him liquor while in the office on campus. The grand jury report did not allege any instances of Sandusky giving boys alcohol.

Schmidt said his law firm is conducting its own investigation into the client's claims.

Sandusky is charged with 40 counts of child sex abuse involving eight young boys, but it's not clear if prosecutors know the identities of the last two victims. The preliminary hearing could last a day or more, since the defense has the right to cross-examine the state's witnesses. The judge would then rule if there's probable cause to uphold the charges.

Prosecutors listed eight victims in the grand jury report, but didn't know the identities of two of them when they issued the report Nov. 5. One of the two was a boy allegedly seen being sodomized by Sandusky in a Penn State football complex shower in 2002.