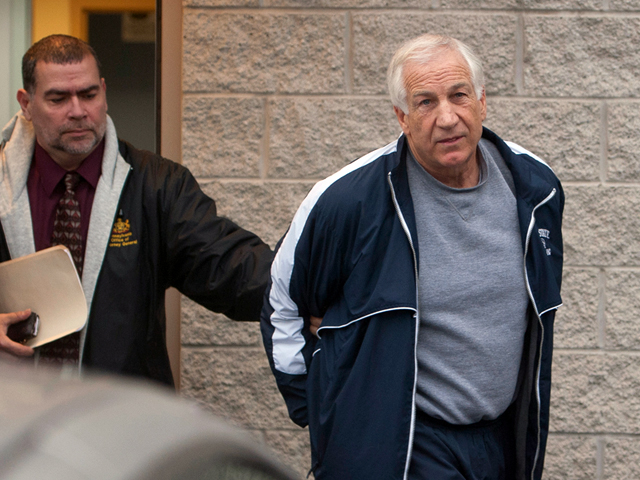 STATE COLLEGE, Pa. - The wife of ex-Penn State assistant coach Jerry Sandusky said Thursday that her husband is innocent of the child sex abuse allegations against him and that his accusers are making up their stories.

Dottie Sandusky's comments were the first she has made since her husband was arrested last month and accused of molesting boys he met through a charity he founded for troubled youth.

She released the statement through her husband's lawyer a day after a grand jury report said one alleged victim screamed in vain for her to help him while Sandusky attacked him in a basement bedroom.

Dottie Sandusky said she is devastated by the accusations and that no such incident occurred.

"I am so sad anyone would make such a terrible accusation which is absolutely untrue," she said. "We don't know why these young men have made these false accusations, but we want everyone to know they are untrue."

She added that she and her husband love children and have always tried to help and care for them, and would never do anything to hurt them.

Sandusky faces more than 50 charges stemming from what authorities say were assaults on 10 boys in his home, on Penn State property and elsewhere. He has maintained his innocence.