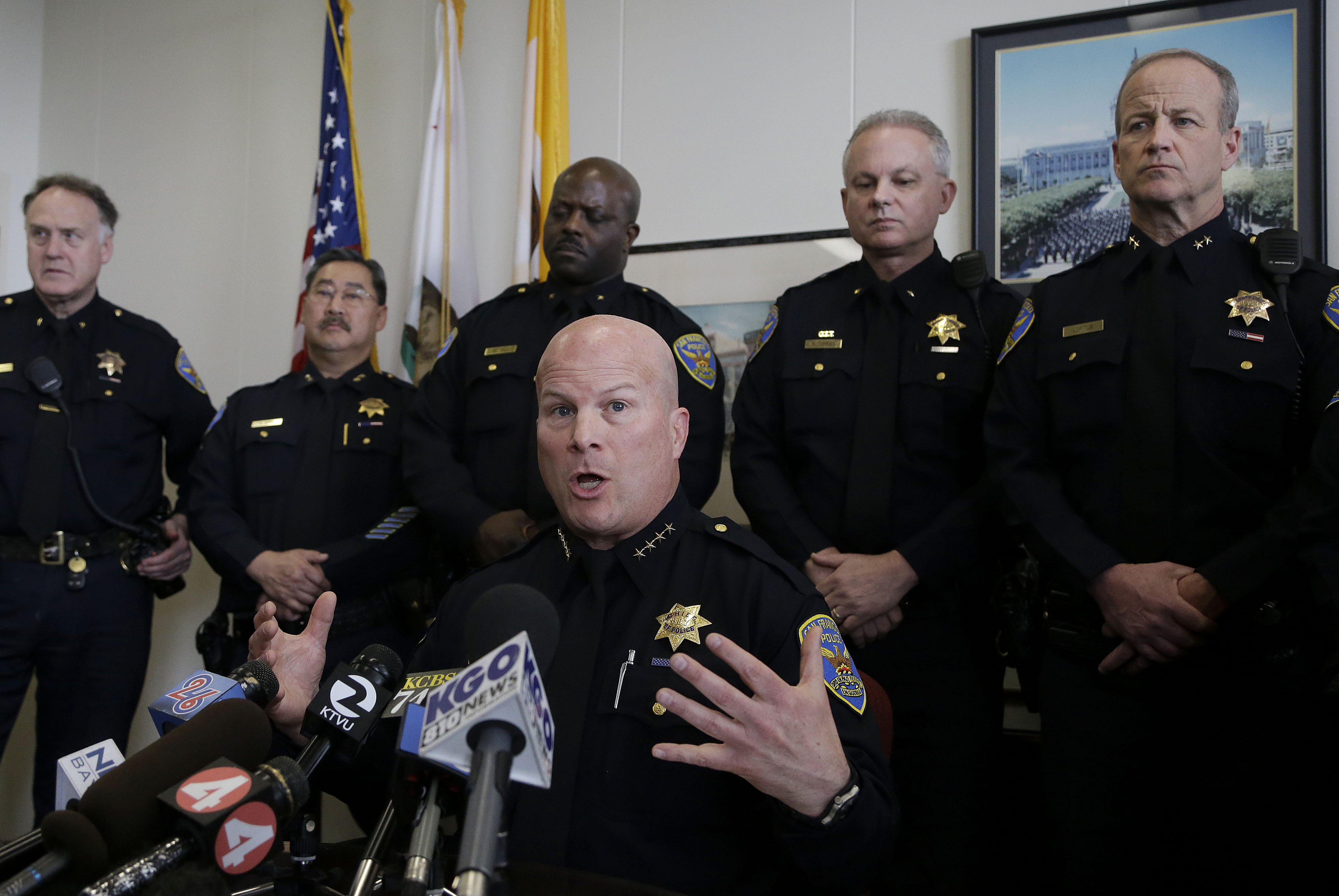 SAN FRANCISCO - The San Francisco police officers who exchanged racists and homophobic text messages in 2012 will be allowed to keep their jobs and will not face discipline, a judge ruled Monday.

Goldsmith said that he was upholding the ruling because the Peace Officer Bill of Rights, in particular the statute of limitations, exists to protect not just law enforcement, but the public.

The texts were disclosed in a 2014 court filing prosecutors made in the corruption case of former officer Ian Furminger.

Police Chief Greg Suhr then moved to fire eight officers, two of whom have since retired, and to discipline six others.

Officer Rain Daugherty filed a lawsuit filed a lawsuit against the city in May, arguing he and the other officers shouldn't be fired because the department obtained the inflammatory texts in December 2012 but didn't start the disciplinary process until two years later.

City attorneys and police officials say they plan to appeal the decision.

"The fact that San Francisco is forced to retain police officers that demonstrated explicit racism will have ramifications for the reputation of the department, the fair administration of justice, and the trust of the community SFPD serves," District Attorney George Gascon said.

The case originally came to the public's attention after the officers were accused of stealing from drug dealers. Those texts turned a small-time police corruption case into a racially charged scandal, thrusting a diverse and liberal city into the national debate over policing in minority communities.

It all started at the Henry Hotel in San Francisco's gritty Tenderloin neighborhood.

Hotel residents arrested in police raids began complaining in late 2010 to their public defenders that officers had entered their rooms without warrants and, on occasion, stole their valuables.

Public defender Jeff Adachi and his staff then obtained and sifted through 18 months of video surveillance captured by the hotel's security cameras. The videos showed officers entering the building then leaving with bags and other items that were never accounted for in evidence logs or court proceedings. The video also appeared to show officers entering rooms without warrants or permission from the residents.

The public defenders used the videos to confront and contradict officers' testimony, leading to several criminal cases being dismissed. Adachi also called a news conference to announce his findings, releasing the incriminating videos.

Furminger is currently serving a 41-month prison sentence in a Colorado prison. He is appealing his conviction, and his attorney Mark Goldrosen declined comment.

In a court filing, Furminger denied that he was "a virulent racist and homophobe." The court filing said Furminger's "close friends include many persons of different races and different sexual orientation."