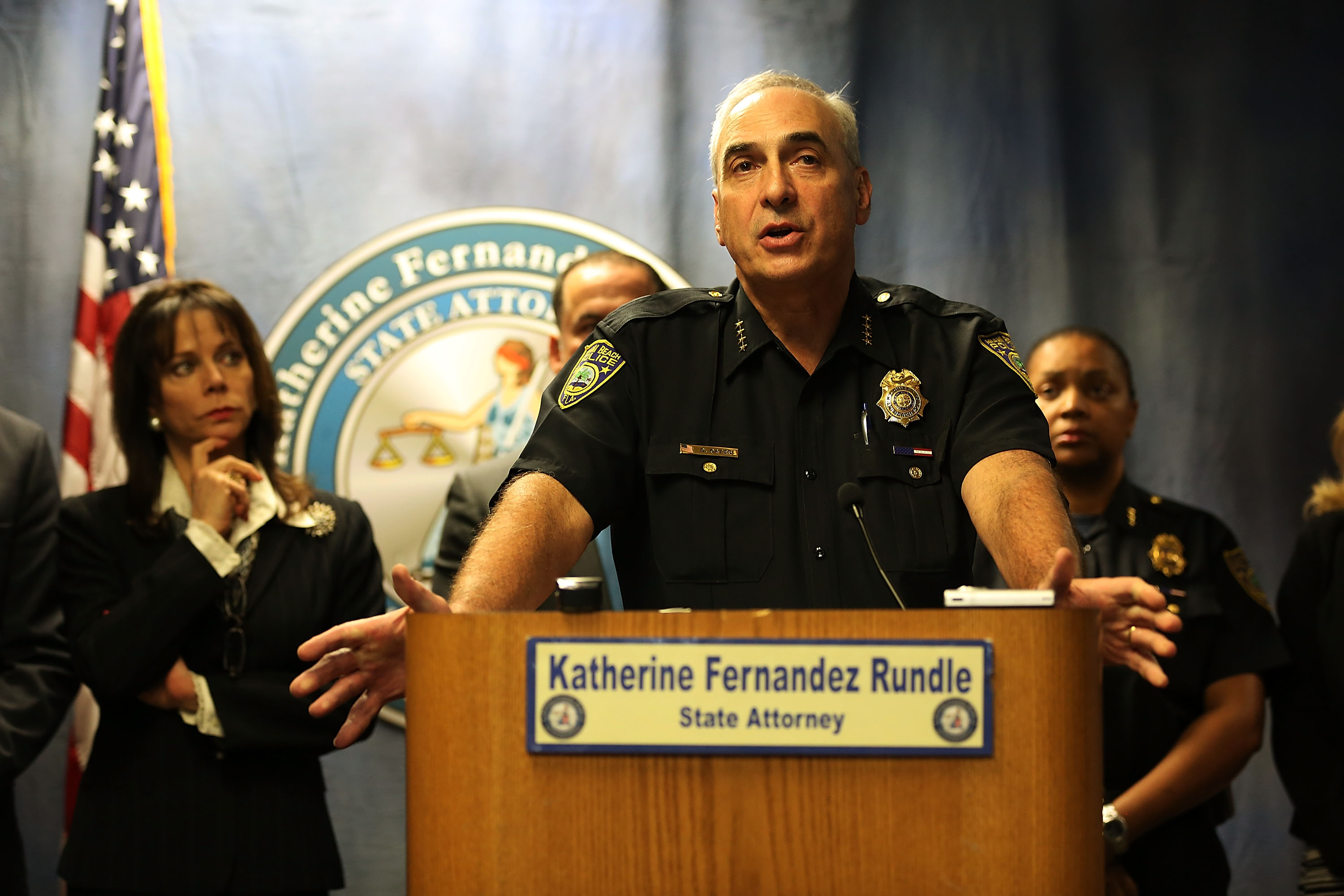 MIAMI -- A handful of Miami Beach police officers sent hundreds of racially offensive and pornographic emails, including about President Barack Obama, and possibly jeopardized dozens of criminal cases in which they are witnesses, the department's chief said.

An internal investigation revealed that two of the 16 officers were high-ranking within the Miami Beach Police Department and were the main instigators, Chief Daniel Oates told reporters Thursday. One has retired, and the other was fired Thursday.

"They were the primary purveyors of pornography and high volume of it. I was shocked and angry," Oates told the assembled press.

Vazquez has since retired, but could face a potential criminal charge for his alleged role in circulating an autopsy photograph of Raymond Herisse who was shot by police in 2011 during Memorial Day, Oates said.

Oates said the probe revealed about 230 emails demeaning to African-Americans and women or pornographic in nature. Many were depictions of crude racial jokes involving Obama or black celebrities such as golfer Tiger Woods. One shows a woman with a black eye and the caption, "Domestic violence. Because sometimes, you have to tell her more than once."

One of the racially offensive emails depicted a board game called "Black Monopoly" in which every square says "go to jail."

Miami-Dade State Attorney Katherine Fernandez Rundle said about 540 cases in which the officers were witnesses are being reviewed to determine if they are tainted racially. Some charges could be dropped as a result, or prisoners could be freed from jail.

"These activities are a breach of trust. They are disgusting," Rundle said.

Rundle added that criminal charges are possible if any minors are depicted in the pornographic images. One officer also emailed an autopsy photo of a man fatally shot by police in 2011, possibly in violation of Florida law.

Oates said the emails came to light in an unrelated 2013 internal affairs probe. Most of the emails spanned the years 2010 to mid-2012, and many of the officers involved apparently just received the offensive ones rather than forwarding them.

Oates, who took over the department last year, said the investigation shows these types of offensive actions and attitudes are no longer tolerated.

"I can't tell you how angry we are," Oates said. "We want to send a message to our officers and our employees that this kind of behavior is over."

The case comes in the wake of another scandal in the San Francisco Police Department involving officers exchanging racist and homophobic text messages.

It also comes amid a national debate about issues of race and law enforcement, including several instances of unarmed black men killed by police.