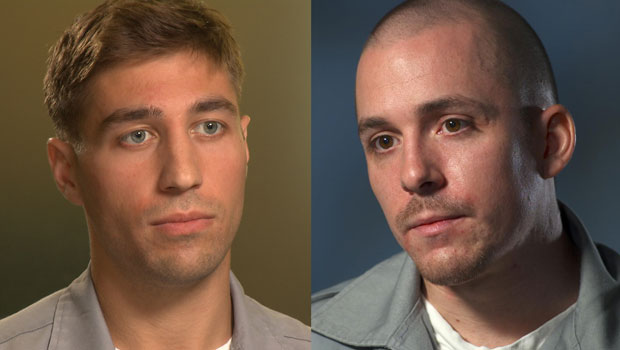 That's the day of the week that the Missouri Western District Appellate Court usually issues its decisions, and Ryan Ferguson is waiting and hoping anxiously for a decision that will overturn his murder conviction.

Since September 10th, when the Court heard arguments in his case, seven Tuesdays have passed with no word.

"I'm always afraid to hope, unfortunately," he told me last week when I visited him in prison. "I think hope is a really good thing. It keeps you going, keeps you motivated. But at the same time, if you have too much hope, it can really let you down if things don't work out the way you anticipated."

Ferguson, 29, has had plenty of "let downs" over the past decade since he was charged and convicted of second degree murder in the 2001 death of newspaper sports editor Kent Heitholt in Columbia, Missouri.

Despite the fact that none of the physical evidence in the case matches him and that the two eyewitnesses who testified against him at trial have both recanted under oath, Ferguson's appeals have all been denied and he remains in prison.

So it may surprise you to hear whom he worries most about these days as he waits for the court to act: Charles Erickson, the man who helped put him behind bars in the first place.

"I believe he is totally innocent (too)," Ferguson says, "I don't see how he could have been at the crime scene. I just don't think it's possible."

Erickson is the high school friend who testified against Ferguson at his 2005 trial and told jurors that the two of them had bludgeoned and strangled the victim. In return for his testimony, he got a reduced sentence and is currently housed in a prison in Licking, Missouri. Since then, however, Erickson has recanted under oath and has said he lied at Ferguson's trial to save himself.

I spoke with Erickson last year in prison and he described the events that led him to testifying against Ferguson. Erickson, who was, by all accounts, a serious drug and alcohol abuser at age 17, insists he has little memory of the night in 2001 when Heitholt was murdered. He and Ferguson, both under age, had sneaked into a downtown bar.

Erickson, who had already taken prescription drugs and smoked marijuana that evening, says he consumed large amounts of alcohol. He says he does not remember leaving the bar or any events after that until he woke up at home the next morning.

For the next two years, Erickson says, he never thought about the night again until November of 2003 when an article describing the unsolved murder case appeared in the newspaper along with a sketch of a possible suspect. Erickson thought the sketch looked a little like him and he says he "panicked" when he realized he couldn't remember what he had done that evening.

After Erickson began telling friends of his fears, police pulled him in for questioning. In the video taken of his interrogation, it appears that Erickson knows no details of the crime, that is, not until detectives give him the specifics. Later, they also give Erickson copies of police reports that, he says, convinced him that he really was involved.

When a detective tells him that his "head is on the chopping block," Erickson says he became convinced that he could be executed unless he put most of the blame on Ferguson. When he took the stand at Ferguson's trial, he was no longer the confused, disoriented man in the police video; Erickson was now a confident and polished witness whose testimony was credible to jurors.

Today, Ferguson appears to have no anger, only empathy and concern for his former high school classmate.

Ferguson says one looking "at the evolution of events and the facts that have come out in the past decade, I think it is very clear to see that Charles Erickson is a victim....a victim of police and prosecutorial corruption and greed and just the absolute desire to get a conviction at all costs."

If the Court decides to overturn Ferguson's conviction, what, then, happens to Erickson? Like Ferguson, none of the physical evidence matches Erickson. There are no eyewitnesses that connect him to the murder, only his own taped confession. It may be tough to convince a court to take another look at his situation.

"I believe Charles Erickson should have his day in court," says Ferguson, "I believe that the court and the world should look at the actual facts of this case as they pertain to Erickson. I believe Erickson has nothing to do with this crime."