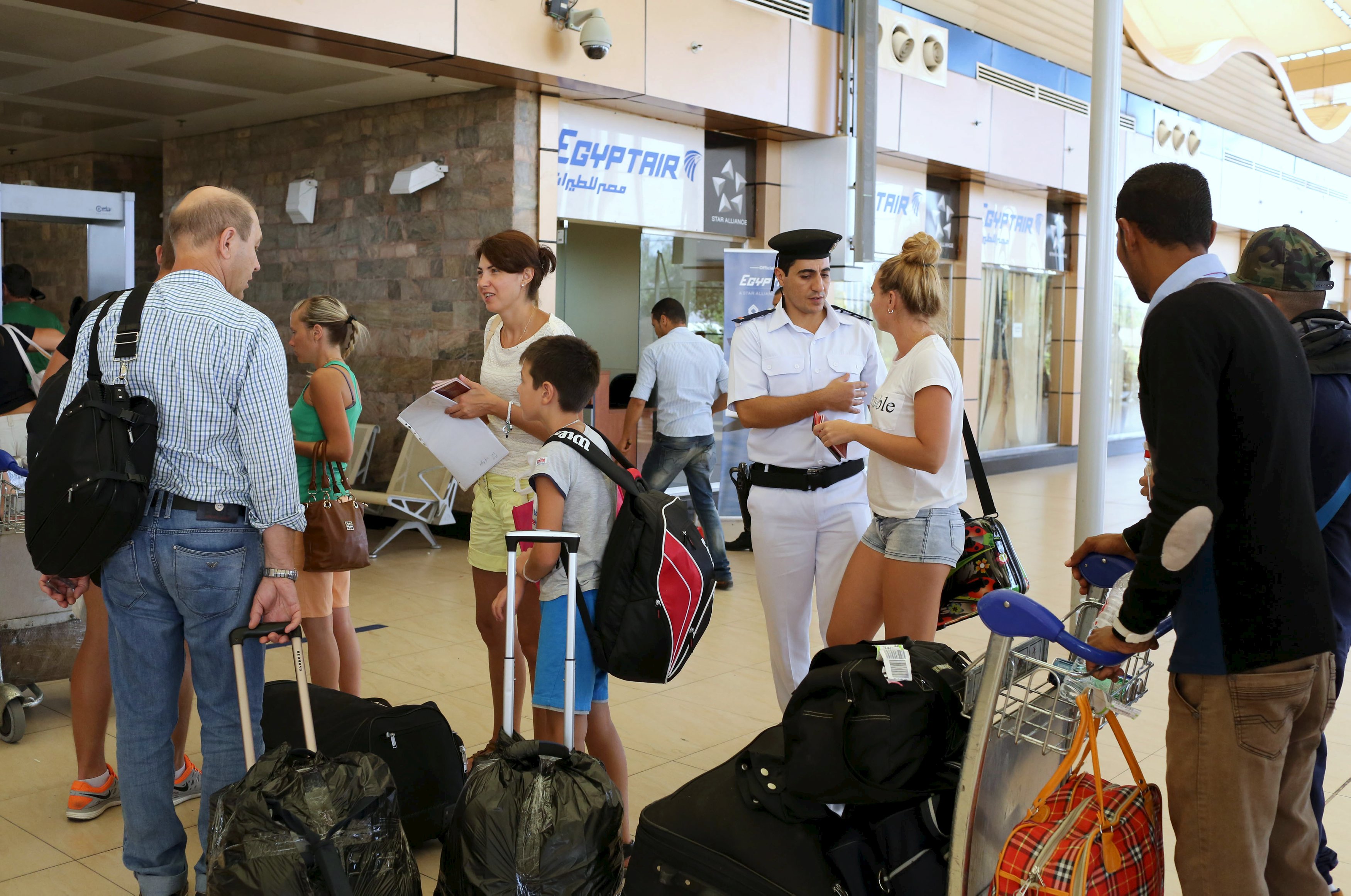 SHARM EL-SHEIKH, Egypt -- Planes and passengers were left stranded on the runway as just a small portion of the 20,000 British nationals currently stuck in Egypt's Red Sea resort of Sharm el-Sheikh saw their hopes dashed by international security concerns following the crash of a Russian airliner.

CBS News' Alex Ortiz says British planes began flying the stranded tourists home Friday morning, two days after the U.K. government suspended all flights to and from Sharm el-Sheikh, from which the doomed Metrojet aircraft departed on Saturday before crashing 20 minutes into the flight in the Northern Sinai Peninusla.

But not all the intended flights were to make it off the ground Friday.

Discount flier easyJet issued a statement saying that only two of its 10 scheduled flight from Sharm el-Sheikh back to Europe would be flying because, "Egyptian authorities have currently suspended U.K. airlines from flying into Sharm el-Sheikh."

The easyJet statement said the airline was "working with the U.K. Government at the highest level on a solution. In the meantime we are also working on a contingency plan so we can operate as soon as we receive permission to fly."

Egypt's Civil Aviation Ministry quickly released a statement denying it had blocked any flights, saying the only restrictions were due to capacity. A source in the ministry told Ortiz officails had cleared only a certain number of flights, but that the British airlines added more in a "disorganized" fashion.

The airport in the Egyptian resort town is under tight scrutiny as the bans -- and some passengers -- suggest airport security might not be up to international standards, despite efforts by Egypt to show off its safety measures.

Passengers from Sharm el-Sheikh have reported lax security; getting onto flights with liquids, and one tourist even recounted paying an airport official $30 to skip security all together.

"He put the case on the conveyor belt and the girl checked us in, and at no point did my luggage go through any scanner," the man told Britain's Sky News.

But Egypt has accused the British of acting unilaterally, without waiting for the investigators' report that will detail why the plane went down. Officials in both Egypt and Russia have refused to acknowledge any evidence pointing to a possible bombing of the Airbus A321.

Russia's intelligence chief did say later Friday, however, that it "would be reasonable" to suspend Russian flights to Egypt until the cause of the Saturday Metrojet crash became clear. President Vladimir Putin ordered a halt to flights to Egypt and said agencies should work out a way to get all citizens still in the country repatriated.

"The reason we have acted before that (investigators' report), is because of intelligence and information that gave us the concern that it was more likely than not a terrorist bomb," British Prime Minister David Cameron said Thursday.

U.S. intelligence sources told CBS News on Thursday they view terrorism as the "leading theory" behind what brought down the Russian plane, killing all 224 people on board, and throwing the Egyptian resort town into chaos.