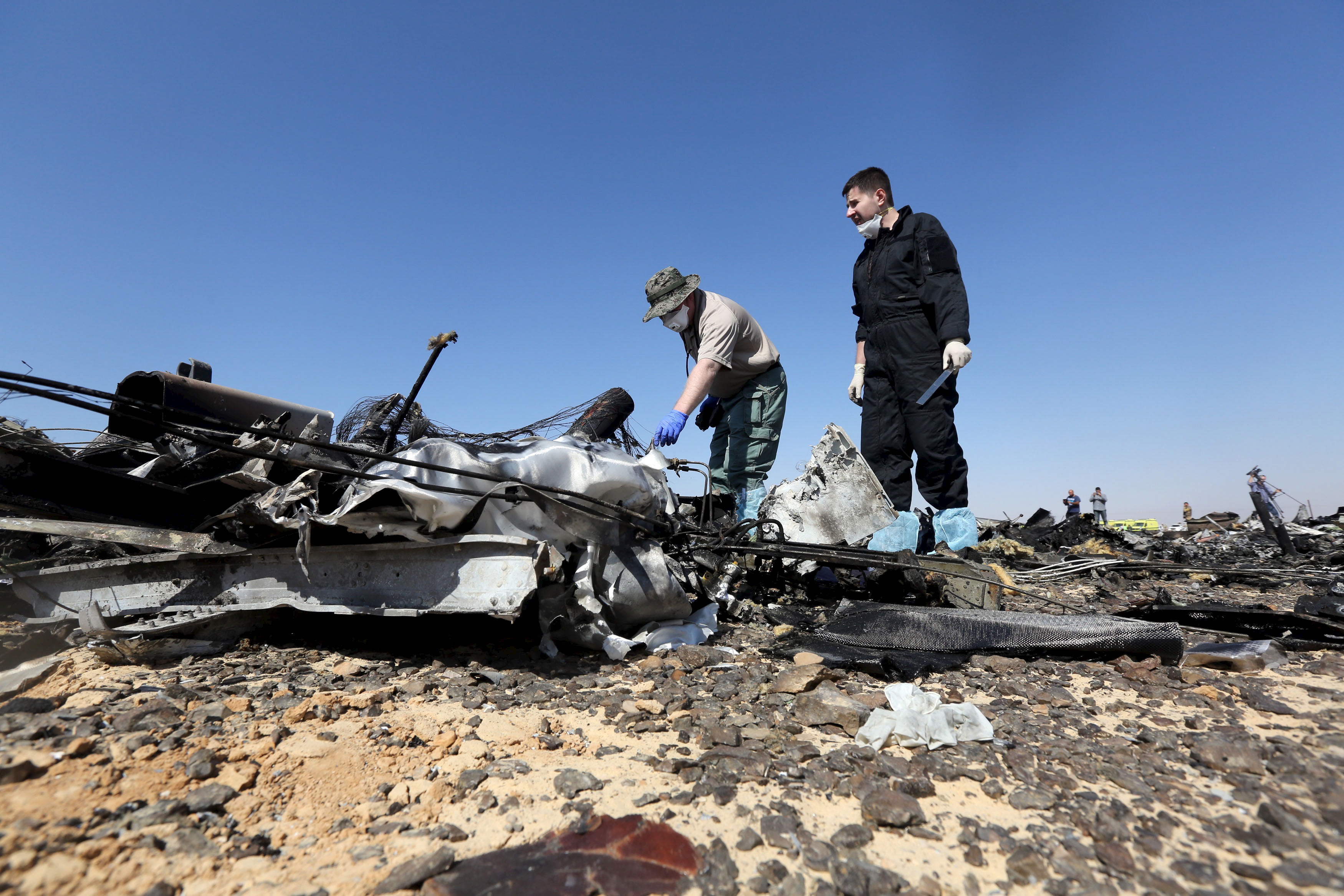 From the air, it's clear much of the doomed Russian airliner that crashed in the Egyptian desert on Saturday came down on fire.

He says it appears the tail broke off before fire engulfed the Airbus jet, landing miles away and largely intact.

In the days immediately after Malaysia Airlines Flight 17 was shot down over Ukraine, CBS News correspondent Mark Phillips was able to spot clear signs the plane was hit by a missile. Rosenker says determining a bomb blast is not as straightforward.

It took the NTSB more than four years to determine TWA Flight 800 crashed because of a fuel tank explosion and not a bomb.

"What we have here is all of the elements," he says. "It is not on the sea floor which made that a very, very difficult and challenging investigation."

Investigators will also look at the condition of the bodies of those on board, to see if they show signs of a bombing. They'll also study the luggage -- video shows much of it appeared to be intact and not burned.

Meanwhile, sources tell CBS News discussions are underway about how to increase security at U.S. airports with an announcement expected Friday. Out of an abundance of caution, there will be some procedures to step-up security for overseas flights.