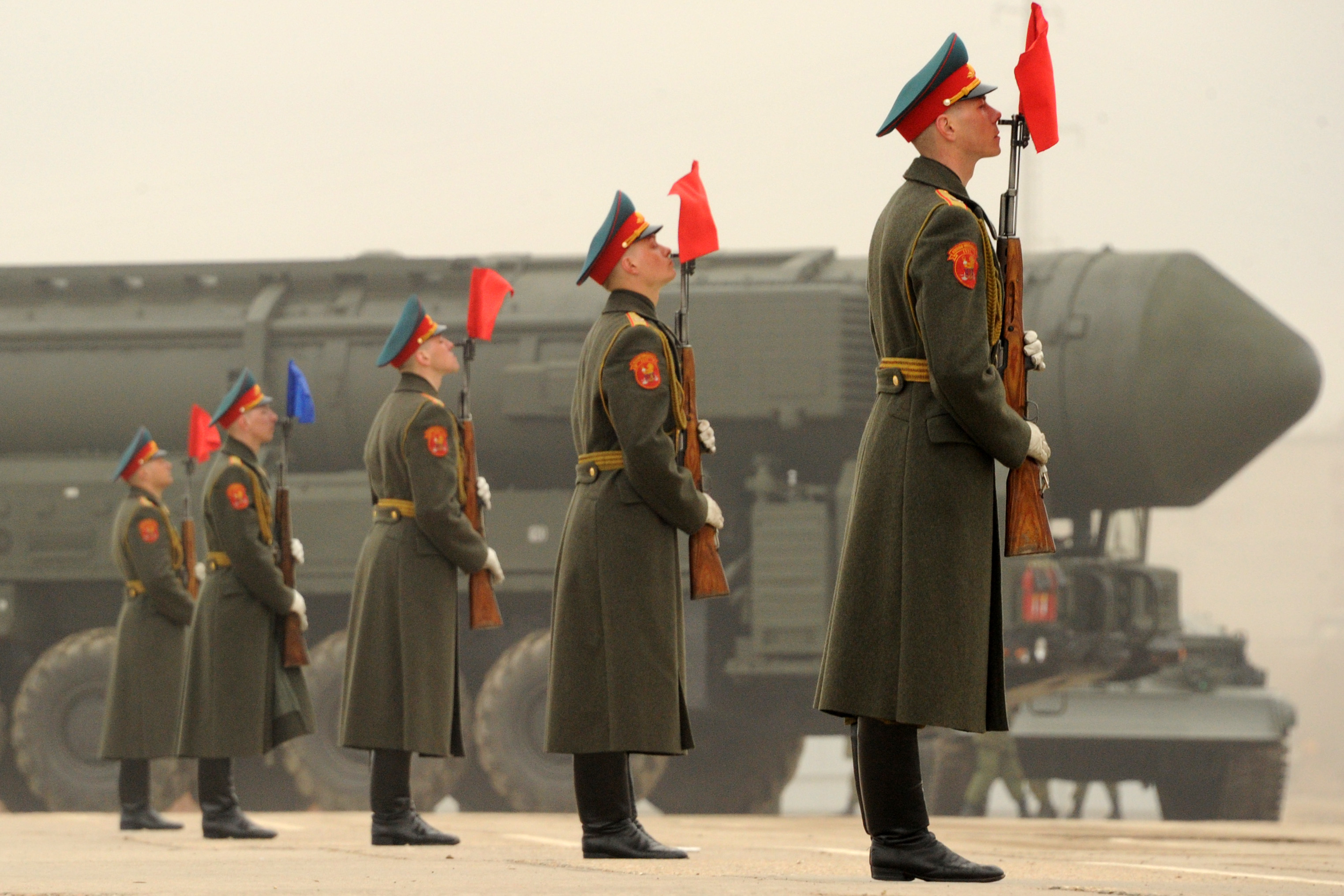 MOSCOW -- Russia said it had successfully test-fired an Intercontinental Ballistic Missile (ICBM) on Tuesday, with tensions high over its seizure of control in the Crimea and its threat to send more forces to its neighbor Ukraine.

A Pentagon official told CBS News that the U.S. detected the launch of the Russian ICBM near the border of Russia and Kazakhstan. Notifications were made ahead of time in accordance with normal procedures. The official said the launch is viewed as non-threatening and is not connected to what is going on in Crimea.

It is unclear exactly what kind of ICBM was launched and how long ago the U.S. was notified about the test.

The state-run news agency RIA cited Defense Ministry spokesman Igor Yegorov as saying the Strategic Rocket Forces launched an RS-12M Topol missile from the southerly Astrakhan region near the Caspian Sea and the dummy warhead hit its target at a proving ground in Kazakhstan.

Russia conducts test launches of its ICBMs fairly frequently and often announces the results, a practice seen as intended to remind the West of Moscow's nuclear might and reassure Russians that President Vladimir Putin will protect them.

Russia and the United States signed the latest of a series of treaties restricting the numbers of ICBMs in 2010, but Moscow has indicated it will agree further cuts in the near future and is taking steps to upgrade its nuclear arsenal.

Putin has emphasized that Russia must maintain a strong nuclear deterrent, in part because of an anti-missile shield the United States is building in Europe which Moscow says could undermine its security.

The 60-foot long RS-12M, known in NATO parlance as the SS-25 Sickle, was first put in service in 1985, six years before the collapse of the Soviet Union, and is designed to carry a nuclear warhead. Its range is 6,000 miles.

The launch comes on the same day that U.S. Secretary of State John Kerry walked the streets where more than 80 anti-government protesters were killed last month, and promised beseeching crowds that American aid is on the way.

Kerry met in Ukraine with the new government's acting president, prime minister, foreign minister and top parliamentary officials. Speaking to reporters afterward, Kerry urged Putin to stand down and said the U.S. is looking for ways to de-escalate the mounting tensions.

Kerry made a pointed distinction between the Ukrainian government and Putin's.

"The contrast really could not be clearer: determined Ukranians demonstrating strength through unity, and the Russian government out of excuses, hiding its hand behind falsehoods, intimidation and provocations. In the hearts of Ukranians and the eyes of the world, there is nothing strong about what Russia is doing."

He said the penalties against Russia are "not something we are seeking to do, it is something Russia is pushing us to do."

Meanwhile, Putin accused the West of encouraging an "unconstitutional coup" in Ukraine. He said that Moscow reserves the right to use its military to protect Russians there but hopes it doesn't have to.

Putin declared that Western actions were driving Ukraine into anarchy and warned that any sanctions the West might place on Russia for its actions there will backfire.

"We aren't going to fight the Ukrainian people," Putin said, adding that Russian military maneuvers involving 150,000 troops near Ukraine's border had been planned and were unrelated to the current situation in Ukraine. He ordered the troops back to their bases Tuesday.

The new Ukrainian leadership in Kiev, which Putin does not recognize, has accused Moscow of a military invasion in Crimea, which Putin denies.

"Those unknown people without insignia who have seized administrative buildings and airports ... what we are seeing is a kind of velvet invasion," Russian military analyst Alexander Golts told The Associated Press in Moscow.