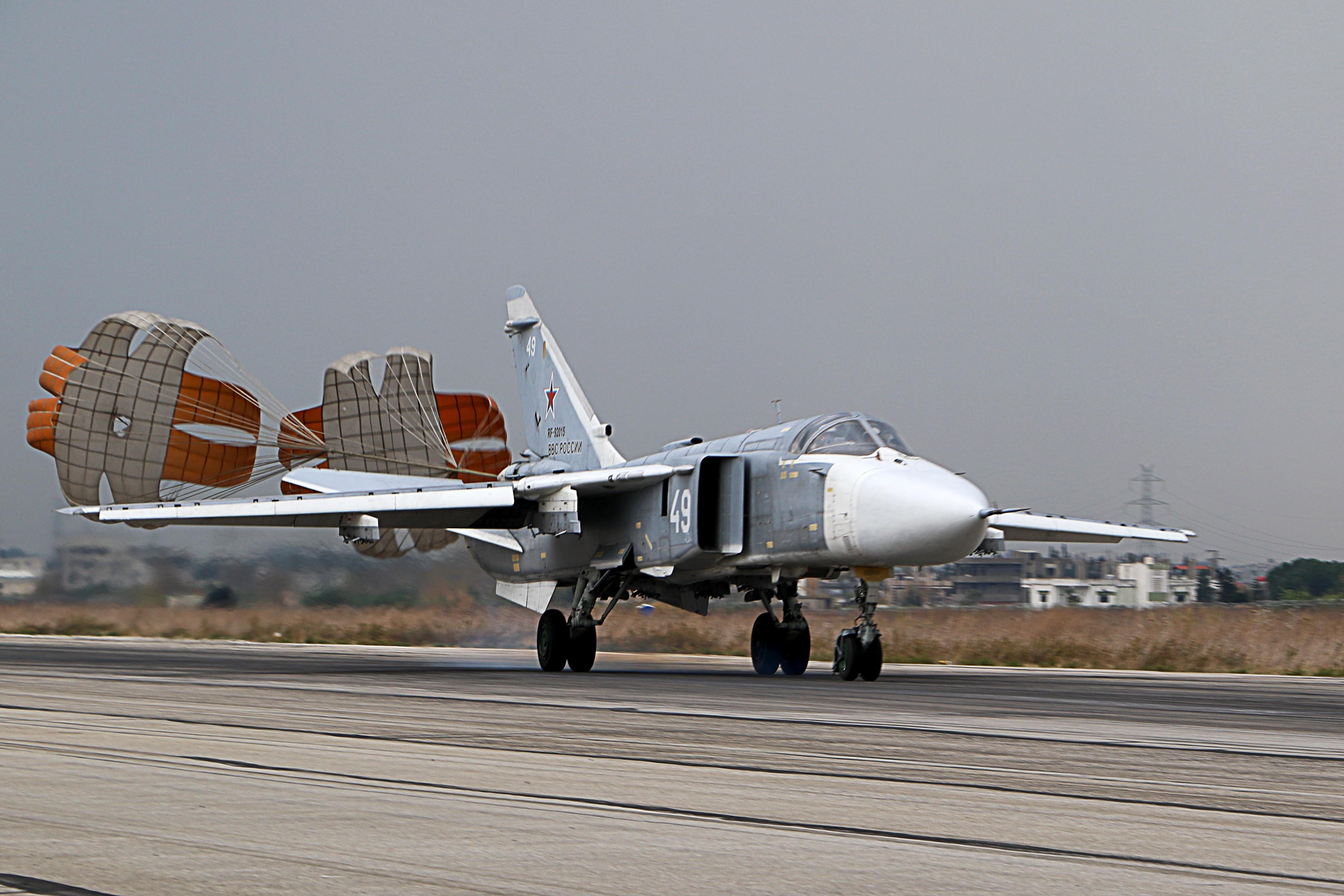 WASHINGTON -- Russia said Friday it was cutting a hotline intended to prevent midair incidents over Syria in response to the U.S. missile attack on a Syrian base. The response demonstrates Moscow’s readiness to defy Washington and could even put the two nuclear superpowers on a course toward military confrontation.

Russia President Vladimir Putin signaled he was ready to risk a clash with the U.S. and abandon hopes for mending ties under President Donald Trump, rather than accept the humiliation of standing by while his ally is bombed.

Russia’s decision to suspend the hotline established after the launch of the Russian air campaign in Syria in September 2015 effectively means that Russian and U.S. planes could fly dangerously close to each other during combat missions, raising the risk of inadvertent or deliberate clashes in the crowded skies over Syria.

Senior U.S. military officials told The Associated Press earlier Friday that the U.S. and Russia would maintain the hotline. A U.S. military spokesman in Baghdad, Col. John Dorrian, told CBS News Friday morning that Russia had not formally notified coalition forces of its intent to suspend its participation in the hotline.

But Russian Defense Ministry spokesman Maj. Gen. Igor Konashenkov said the U.S. was informed that Russia would “suspend its obligations” at midnight Saturday.

By freezing the information channel between the two potent militaries, Russia is signaling to Washington that it will tolerate no further strikes on Syrian government facilities.

Syria has aging Soviet-built aircraft and air defense missile systems, while Russia has deployed dozens of its cutting edge warplanes and air defense batteries at its base in Syria’s coastal province of Latakia. It also has a strategically important naval outpost in the Syrian port of Tartus, which is protected by air defense assets.

U.S. officials accused Russia of failing to ensure Syrian President Bashar Assad’s commitment to a 2013 deal for the destruction of Assad’s chemical weapons arsenal. The U.S. says that arsenal was tapped for a chemical attack that killed dozens of civilians in the Syrian town of Khan Sheikhoun in Idlib province.

Trump cited the chemical attack as justification for the missile strike on a Syrian air base. But the Kremlin insists Assad’s government wasn’t responsible for the attack, saying civilians in Khan Sheikhoun were exposed to toxic agents from a rebel arsenal that was hit by Syrian warplanes.

“President Putin believes that the U.S. strikes on Syria represent an aggression against a sovereign state in violation of international law under a far-fetched pretext,” Kremlin spokesman Dmitry Peskov said in a statement. “Washington’s move deals a significant blow to Russia-U.S. relations, which are already in deplorable shape.”

Until the attack on the Syrian air base, the U.S. had avoided striking Assad’s forces for fear of provoking a clash with the Russian military.

The action comes ahead of U.S. Secretary of State Rex Tillerson’s trip to Moscow next week.

The Kremlin initially had been encouraged by Trump’s goal of repairing ties with Moscow, which plunged to post-Cold War lows under former President Barack Obama, but hopes for a thaw have withered amid the congressional investigation of possible links between Trump campaign officials and Russia. The U.S. missile strike could make it all but impossible to improve relations.

“Some people here thought that it would be easy to deal with Trump,” Yelena Suponina, a Moscow-based Mideast expert, said in televised remarks. “No, it will be very difficult. He’s not only ready to make tough decisions, he is unpredictable.”

Mikhail Yemelyanov, a senior member of the lower house of parliament, warned that the U.S. action raised the threat of a direct clash between Russia and the U.S.

“Consequences could be grave, up to military confrontation and exchange of blows, nothing can be excluded,” he said, according to the Interfax news agency.

Tillerson said Russia had “failed in its responsibility” to deliver on a 2013 deal it helped broker to destroy Syria’s chemical arsenal.

By ordering the strike, Trump threatened the military assets of Assad, who has enjoyed Russia’s support throughout the six-year conflict. Russia’s military has helped turn the war in Assad’s favor and Moscow has used its U.N. Security Council veto to protect Damascus from censure.

Russia also has important military facilities in Syria that could be put at risk if Assad is removed from power, a goal of Western powers that had recently been put on the back burner because of the focus on fighting Islamic State extremists in Syria and Iraq.

Peskov said the U.S. gave Russia advance notice about the strike. He added that Moscow believes it makes no sense to maintain the hotline.

Asked if the decision to freeze the information exchange could raise the risk of midair incidents, Peskov said it was the U.S. attack that increased such danger.

Peskov wouldn’t say if Russia could use its military assets to protect Syrian facilities from future U.S. strikes.