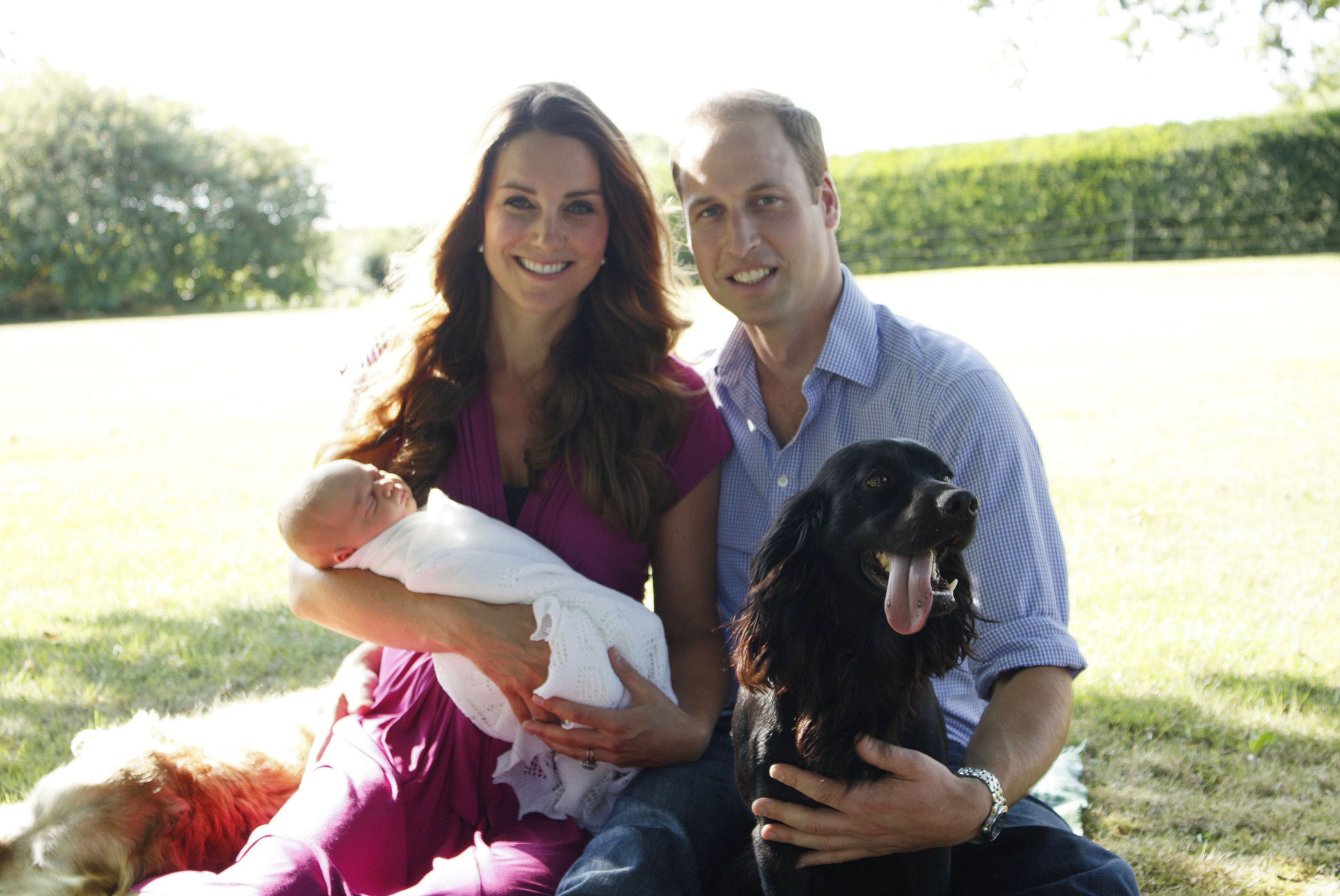 We finally have a better picture of what Prince George of Cambridge looks like.

Britain's most famous family has chosen to release two new photographs of the four-week-old royal. George can be seen in a country garden with his parents Williamand Catherinein each of the photos.

According to a Kensington Palace press release, the photos were taken by Kate's father, Michael Middleton, at the Middleton family home in Bucklebury, a village in Berkshire, England, in early August.

The second released photo shows the family with Middleton family pet Tilly, a retriever, and a cocker-spaniel named Lupo, who belongs to the Duke and Duchess of Cambridge.

The images are the first we've seen of Prince George, who was born on July 22, since his parents took him home from the hospital on July 23.

Worldwide media interest in Prince George has been intense over the past several weeks. There's even been comic bookand Legoland adaptations based off of the royal birth.

In a CNN interview Monday morning, Prince William, 31, said he thinks it's nice that people are so interested in seeing his newborn son.

"As any parent knows, you're only too happy to show off your new child and, you know, proclaim that he's the best-looking or the best everything," he said.