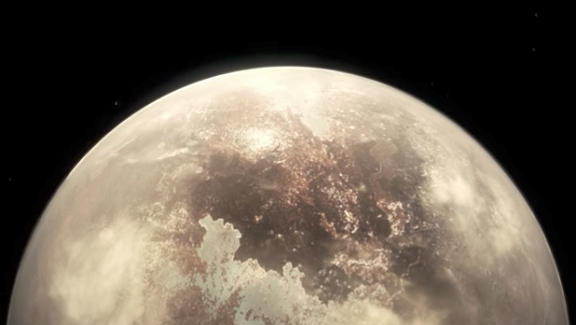 Astronomers have discovered a nearby exoplanet that should instantly top the list of worlds beyond our solar system worth checking for signs of alien life.

Ross 128 b orbits the star Ross 128 just 11 light-years away and could be rocky and temperate like Earth, and just about the same size, too. Unlike other close rocky planets, such as those orbiting Trappist-1 and Proxima Centauri, Ross 128 b is set apart because its host star doesn't regularly blast it with potentially sterilizing flares of radiation.

An international team of astronomers on Wednesday published a paper (PDF) detailing the planet's discovery in the journal Astronomy and Astrophysics.

Like Proxima b and the Trappist-1 planets, Ross 128 b's host star is an M dwarf. This common class of star is smaller and redder than our sun, and its relative dimness and size makes it a favored target of astronomers looking for exoplanets. That's because orbiting worlds are generally easier to spot around smaller, dimmer stars.

The problem with M dwarfs is that many, such as Trappist-1 and Proxima Centauri, have a nasty habit of sending out big flares that could erode the atmospheres of orbiting planets. This bathes those surfaces in radiation that makes it difficult for life as we know it to emerge or survive.

Ross 128, on the other hand, is what's known as a "quiet" M dwarf, meaning it doesn't seem to be shooting off the killer flares seen from other stars like it.

Ross 128 b is the second closest known exo-Earth (after Proxima Centauri b, which is just over four light-years distant), and it's the closest temperate planet known around a quiet star.

Translation: the combination of its nearness and calm host star make Ross 128 b one of the best places (if not the absolute best) to look for life beyond our solar system.

Interestingly, Ross 128 was also the subject of a false positive earlier this year: astronomers picked up weird radio signals from the direction of the star, but they turned out to be more likely coming from manmade satellites around Earth.

The astronomers studying Ross 128 b hope the next generation of telescopes set to come online in a few years can determine what kind of atmosphere Ross 128 b has and check for signs of life, including the presence of oxygen.

Humanity is also set to become even closer to Ross 128 b in the long run, literally. That's because the system is actually moving toward us and will supplant Proxima Centauri to become our nearest neighbor in just 79,000 years.

While it sounds like a long time, it's actually a blink in cosmic terms, giving plenty of time to get our warp drive technology dialed in.