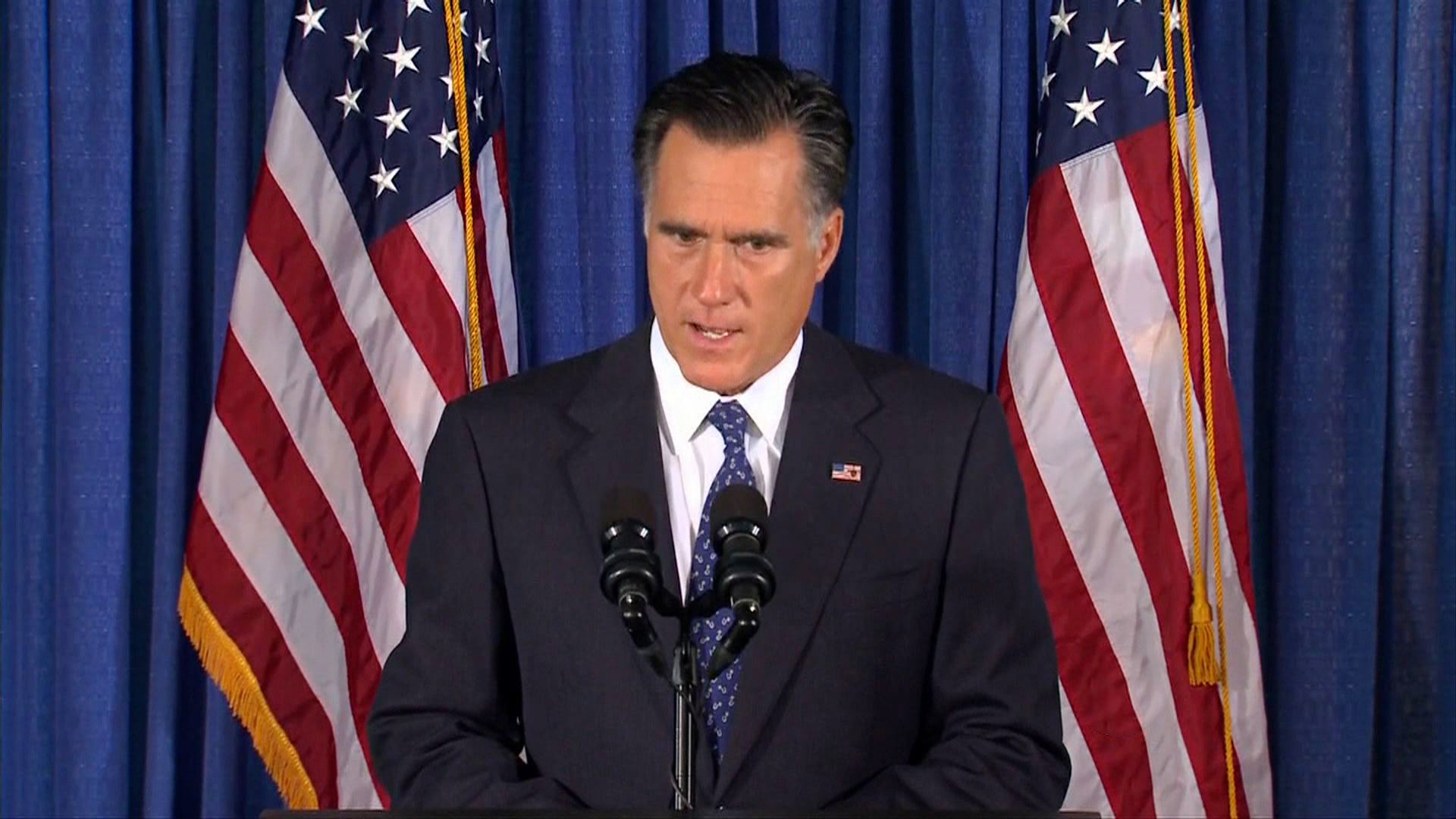 (CBS News) Conservatives have criticized Mitt Romney for a lot of things in this race, among them that he is running a timid campaign, that he pulls his punches and that he doesn't have the fire in his gut to win.

Today's press conference - in which he criticized the administration's response to the attacks in Egypt and Libya -- is the clearest indication yet those critics are missing something.

Instead of walking back the strong statement he issued last night, Romney held his ground--and offered even stronger criticism. Facing the media in an impromptu press conference, he deflected questions on whether his criticism was too soon -"I don't think that we ever hesitate when we see something which is a violation of our principles" - or that it was inappropriate, as Democrats, the Obama campaign and even some Republicans are arguing.

Senior campaign advisers have told me for the past month that they expect the campaign to be combative, and that after the conventions Romney would begin drawing "sharp contrasts" with President Obama.

We've already seen that on economic and domestic policy - his position on the administration trying change federal welfare work requirements is one example. Today, we saw the swift remarks on foreign policy. Some Republican strategists were critical, but the campaign is standing firmly behind its response.

It's hard to get much tougher than that. The adviser told me Romney's comments were "meant to shine a light on the bigger world view we believe this president has an apologize-first mentality, that it's America's fault the world is burning."

"That's the basic notion we believe the president's foreign policy has been conducted under," the adviser said. "That sort of weakness explains why we're seeing in part some of the difficulties in the Middle East."

Romney expressed a similar sentiment in his press conference this morning.

"I think President Obama has demonstrated a lack of clarity as to the foreign policy," he said, adding, "the president has had some successes, he's had some failures, and it's a hit or miss approach, but it has not been based upon sound foreign policy."

Romney mentioned the Middle East and the Arab Spring. And after the media avail, he talked to supporters and referred to the latest clash between Israeli Prime Minister Benjamin Netanyahu and the President.

For those who you who haven't followed Romney's response to the attacks in Egypt and Libya, here's the background.

Last night, Romney issued a tough statement expressing his outrage, and then added this:

"It's disgraceful that the Obama Administration's first response was not to condemn the attacks on our diplomatic missions, but to sympathize with those who waged the attacks."

Romney was referring to a statement by the U.S. Embassy in Cairo that touched off a political firestorm. Before the protesters hit the Embassy, it said on its website: "The Embassy ... condemns the continuing efforts by misguided individuals to hurt the religious feelings of Muslims."

The embassy then stood by its statement, issuing a series of Tweets, as its compound was under siege. Last night, the administration seemed to distance itself from the Embassy statement, with Secretary of State Hillary Clinton releasing her own statement, saying that "there is never any justification for violent acts of this kind," and a senior administration official telling Politico it wasn't vetted by Washington. The Tweets also were removed.

Then the tragic news broke overnight that four were killed in the Libyan attacks, including Ambassador Chris Stevens.

Some suggested Romney would regret his statement from the night before, although campaign sources told me before his morning press conference he had none. And when Romney took the podium, he made it clear himself.

In his opening remarks, Romney expressed sympathy for the victims and outrage at the attacks, and then referred to the embassy statement - "which, as I noted last night, was clearly at odds with the 1st Amendment."

Romney also hit the president hard for sending a "mixed message" and said he has demonstrated "a lack of clarity as to foreign policy."

The adviser said that tone won't change -and today's comments were putting down a marker.