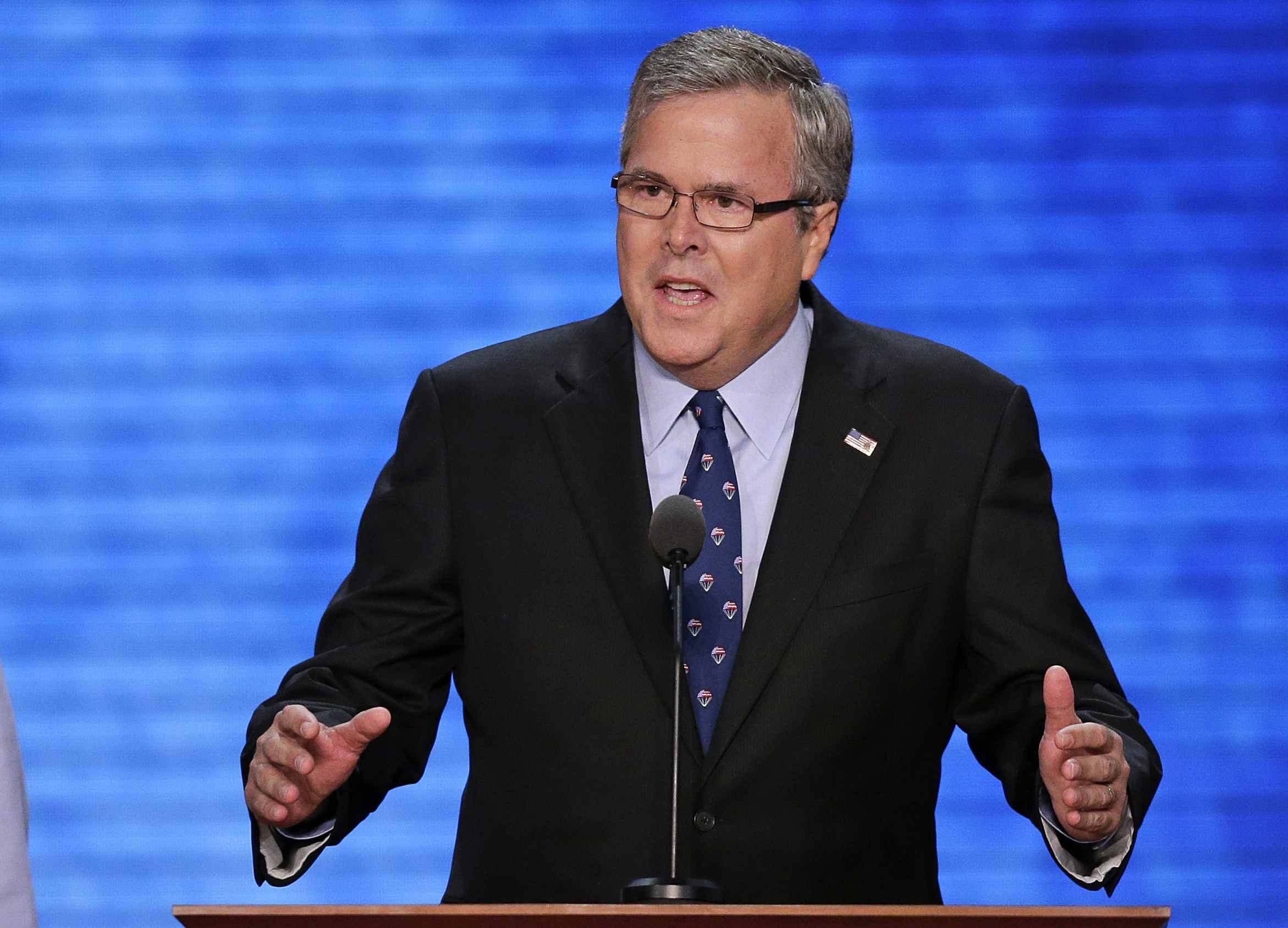 (CBS News) In remarks on Thursday at the Republican National Convention, former Florida Gov. Jeb Bush made a broad plea for educational reform in America, arguing in impassioned remarks that securing "a future that is equal to our potential as a nation" is contingent on raising standards in American schools, and providing students of all backgrounds with increased educational opportunities.

Bush, who was joined onstage by Texas Rep. Sean Duffy and Frantz Placide, who attended an inner-city school in Miami, argued that students are afforded unequal educational opportunities in the classroom - a "failure" he cast as "the great moral and economic issue of our time."

"We say that every child in America has an equal opportunity. Tell that to a kid in whose classroom learning isn't respected," he said. "The sad truth is that equality of opportunity doesn't exist in many of our schools. We give some kids a chance, but not all."

"It's hurting all of America," he said.

Outlining a series of actions he argued would help "provide students and their parents the choices they deserve," Bush railed against teachers unions, and called for increased school choice and rewards for teachers.

"We need to set high standards for students and teachers and provide students and their parents the choices they deserve," he said. "We must make sure that our children and grandchildren are ready for the world we are shaping today."

"For the last decade, this state has been on a path of reform," he said. "Today, more students are reading on grade level, passing rigorous college prep courses and graduating from high school. And perhaps most exciting, those traditionally left behind are showing the greatest gains. Among African-American students, Florida is ranked fourth in the nation for academic improvement...And among Latino students, the gains were so big, they required a new metric."

Romney, Bush argued, "gets it."

"Because he is a former governor, Mitt Romney understands that states must lead this national movement," he said. "He's a champion for bringing hope to education. And he intends to be a champion for equality of opportunity, a president who always puts students first."

In May, Romney proposed major changes to the government's education system that would greatly expand school choice by tying federal funds to students, not schools, for the first time in U.S. history. He also said he would allow parents of low-income and special needs students to choose where their children go to school - including in public schools outside the geographically assigned area where they live, charter schools and at private or parochial schools.

The future of America, Bush said Thursday, "starts in the classroom...And it starts with electing Mitt Romney the next President of the United States."