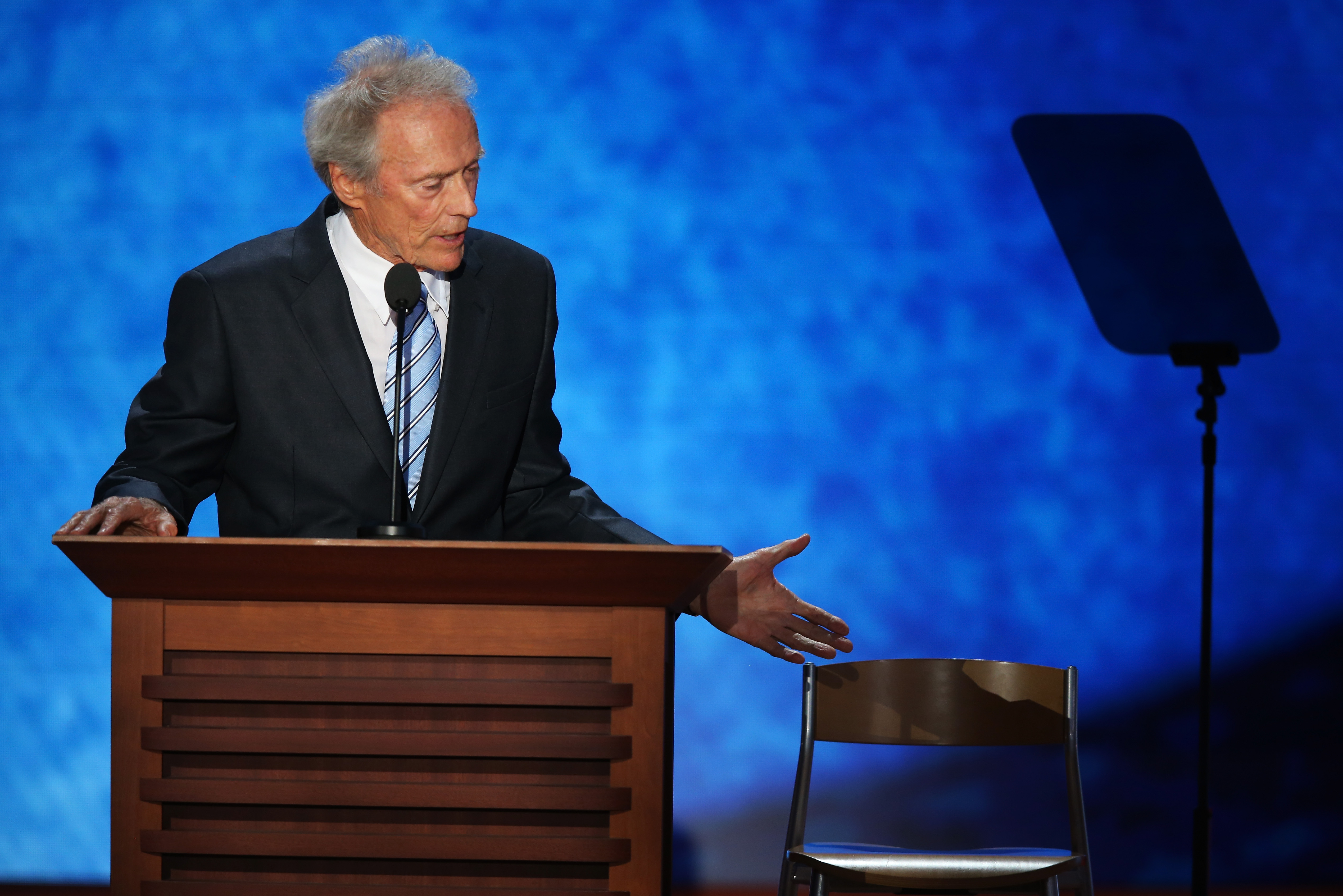 (CBS News) At the height of the tightly-scripted Republican National Convention, actor Clint Eastwood on Thursday made a "surprise" appearance, delivering a sometimes humorous, other times scathing speech - a convention moment that was ad-libbed, according to the Romney campaign.

Eastwood, who was reported to be the night's "mystery guest" earlier in the day, mocked President Obama, hitting the president on, among other things, the country's unemployment problem, Afghanistan and being a lawyer.

During his 10-minute remarks that began shortly after the broadcast networks began their special coverage of the convention at 10 p.m. ET, he quipped that Mr. Obama's supporters, including Oprah Winfrey, cried with optimism in 2008, adding, "I was even crying. And ... I haven't cried that hard since I found out that there is 23 million unemployed people in this country."

He went on to have a conversation with an empty chair - representing Mr. Obama - and criticized the wars in Afghanistan and Iraq and the president's change of heart on closing the U.S. prison at Guantanamo.

"When somebody doesn't do the job, you gotta let `em go," Eastwood said before making a throat-slashing motion. Eastwood endorsed the notion that troops should return "tomorrow" from Afghanistan and erroneously suggested that is Romney's position.

"You're crazy, you're absolutely crazy. You're getting as bad as [Vice President Joe] Biden," he added.

"Of course we all now Biden is the intellect of the Democratic party. Kind of a grin with a body behind it," said Eastwood.

He then went on to say he "never thought it was a good idea for attorneys to be president," referring to Mr. Obama's training as a lawyer.

Eastwood closed by leading the audience in the words of his famous "Dirty Harry" character: "make my day."