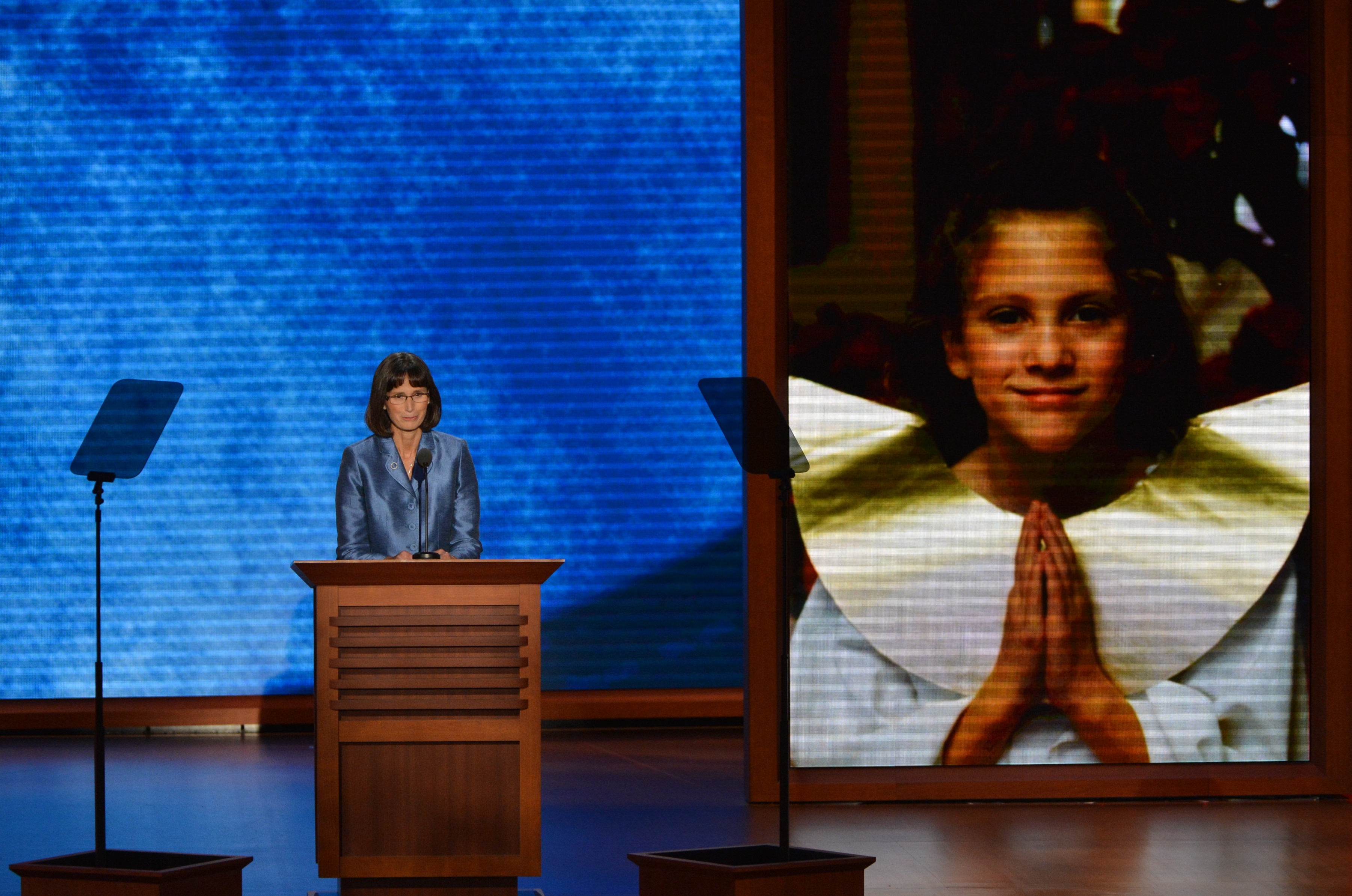 (CBS News) TAMPA, Fla. -- In an effort to show a more personal side of Mitt Romney, friends and members of his church took to the stage at the Republican convention to tell stories about how Romney affected their lives.

Ted and Pat Oparowsky of New Hampshire told the story of their son, who was diagnosed with cancer at the age of 14 in 1979.

"You cannot measure a man's character based on words he utters before adoring crowds during happy times. The true measure of a man is revealed in his actions during times of trouble. The quiet hospital room of a dying boy, with no cameras and no reporters - that is the time to make an assessment," Ted Oparowsky said.

Pat Oparowsky went on to describe how Romney visited their son during his cancer treatments and how the two "developed a loving friendship."

On one visit, she said, their son, David, "knowing Mitt had gone to law school at Harvard, asked Mitt if he would help him write a will. He had some prized possessions he wanted to make sure were given to his closest friends and family."

"The next time Mitt went to the hospital, he was equipped with his yellow legal pad and pen. Together, they made David's will. That is a task that no child should ever have to do. But it gave David peace of mind."

"How many men do you know would take the time out of their busy lives to visit a terminally ill 14 year old and help him settle his affairs?" Pat Oparowsky asked.

She then said that her son helped plan his own funeral and that he wanted Romney to deliver the eulogy. "Mitt was there to honor that request. We will be ever grateful to Mitt for his love and concern," she said.

Grant Bennett, who served as an assistant pastor to Romney at the Mormon church in Belmont, Mass., highlighted Romney's faith and service in their church. He discussed how Romney would regularly meet with churchgoers who were in need.

"For one or two evenings each week and several hours every weekend -- week after week and year after year -- he met with those seeking help with the burdens of real life, burdens we all face at one time or another: unemployment, sickness, financial distress, loneliness," said Bennett.

"Mitt's response to those who came was compassion in all its beautiful varieties: He had a listening ear and a helping hand," he continued. "Drawing on the skills and resources of those in our congregation, Mitt provided food and housing, rides to the doctor and companions to sit with those who were ill. He shoveled snow and raked leaves for the elderly; he took down tables and swept the floors at church dinners."

"Mitt taught faith in God, personal integrity, self-reliance and service to our fellow men. And Mitt did what he challenged us to do. He led by example."

His friends' testimonials come on the heels of a recent CBS News poll that showed an empathy gap between Romney and President Obama.

Pam Finlayson of California, also a Mormon, discussed how Romney helped her and her husband after their daughter Kate was born prematurely.

"During the many months Kate was hospitalized, the Romneys often cared for our two-year old son, Peter," she said, adding that when Thanksgiving came and Kate was heading for surgery, "I opened my door to find Mitt and his boys, arms loaded with a Thanksgiving feast."

"When I called to thank Ann, she sweetly confessed it had been Mitt's idea, that most of the cooking and chopping had been done by him."

"When the world looks at Mitt Romney, they see him as the founder of a successful business, the leader of the Olympics, or a Governor," Finlayson added.

"When I see Mitt, I know him to be a loving father, man of faith and caring and compassionate friend."