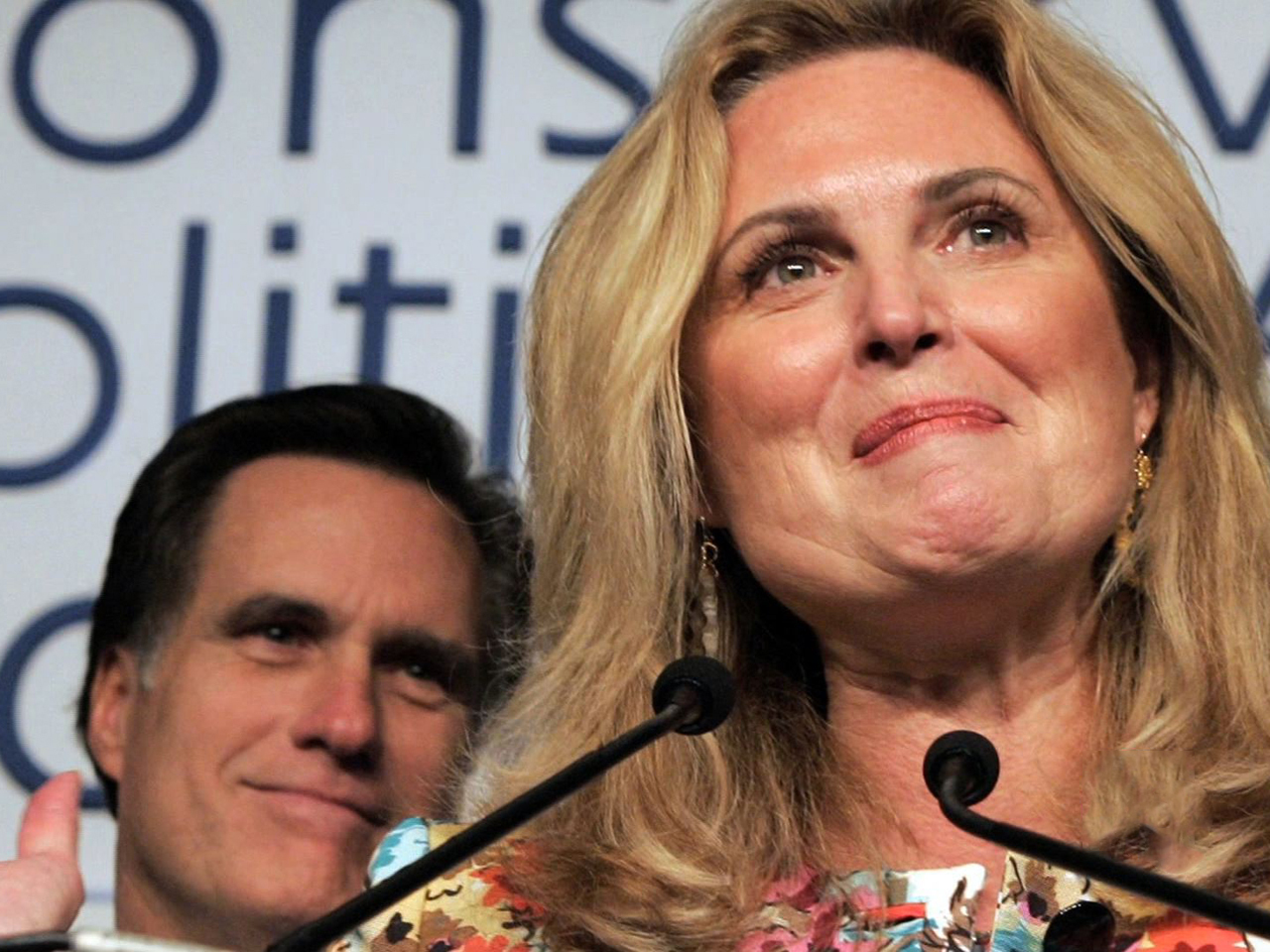 As Mitt Romney shifts from primary to general election mode, the presumptive Republican presidential nominee is re-introducing himself to voters. A new video his campaign released today, celebrating the birthday of his wife Ann Romney, highlights Romney's life as a husband and a family man.

The three-and-a-half minute video displays pictures from various stages of Ann's life compiled in what looks like a scrapbook. Scraps of paper with phrases describing Ann, such as "daughter" and "mother," are tacked over the pictures. Over the images, the video plays recordings from moments in the Romney's lives, such as interactions with their children. Mitt Romney narrates some of the video, describing their relationship.

"Ann and I fell in love when we were in high school; it doesn't happen to a lot of people," he begins. Later in the video, he notes that his wife is a survivor of breast cancer and multiple sclerosis. "She's a remarkable woman, and she's gone through some tough times," he added.

The focus on Ann Romney and the Romneys' marriage could potentially help the candidate improve his poor favorability ratings. The personal relationship could counter perceptions Romney is too reserved or out of touch with everyday Americans.

It's also designed to help Romney with his lagging support among women voters. The video comes in the wake of the controversy over remarks from a Democratic strategist who said on CNN that Ann Romney has "never worked a day in her life." The Romney campaign quickly seized the moment to celebrate Ann Romney's work as a stay-at-home mother of five.