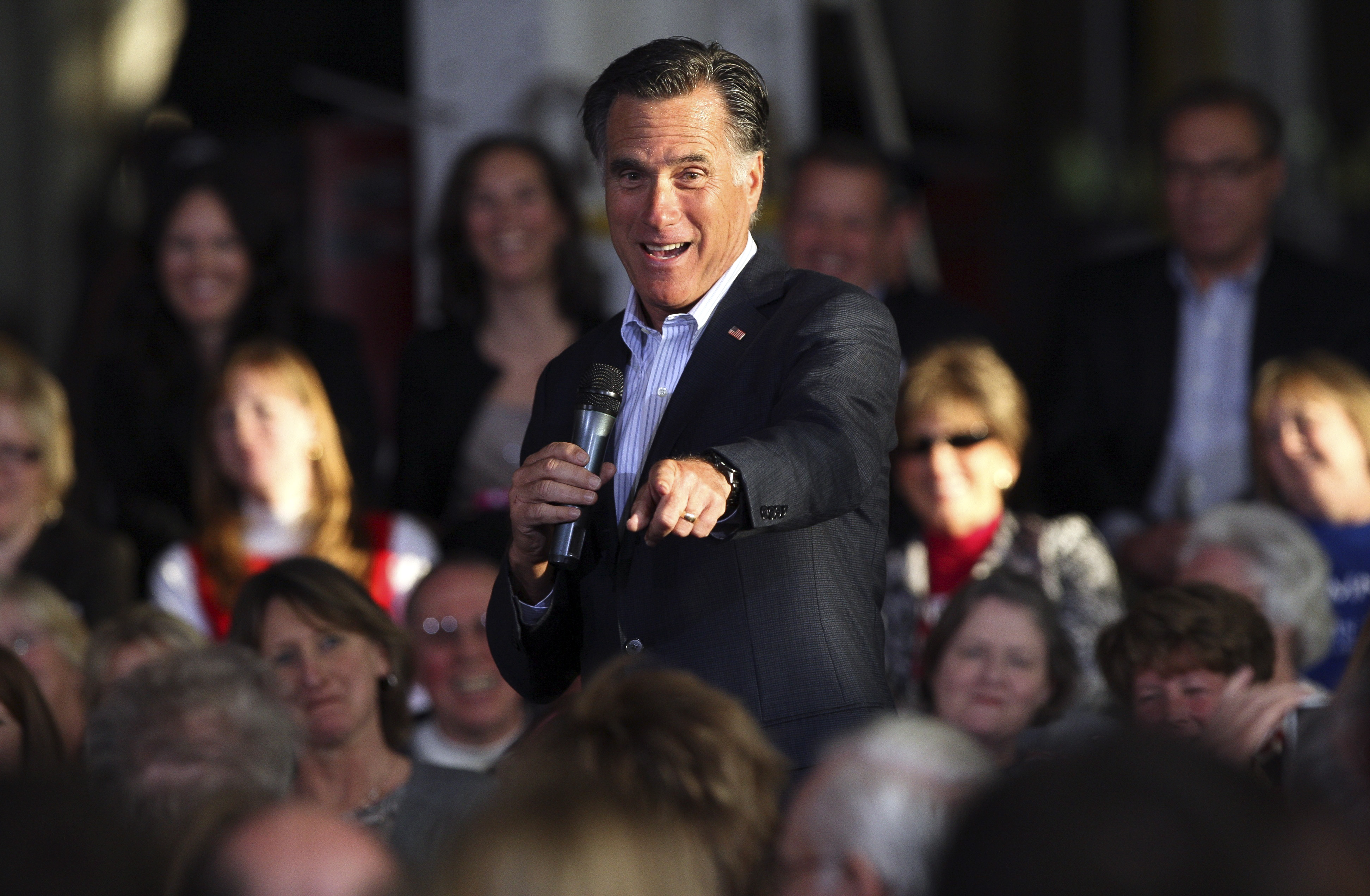 To be sure, Romney was the all-but-certain Republican presidential nominee even before Rick Santorum announced he was "suspending" his campaign Tuesday. But Santorum's decision allows Romney to stop spending his time and money fending off Republican rivals and focus entirely on President Obama.

The Romney campaign claims that Romney was already focused on the general election: Spokeswoman Andrea Saul told Hotsheet that Romney has always viewed the race as "about defeating President Obama," adding in an email that "[f]rom the time that Mitt Romney announced his candidacy, he has run his campaign with the message that President Obama has failed to fix the economy."

But Romney has had to spend the last six months fighting primarily against his Republican rivals, who he had initially hoped to vanquish before the end of January. And he wasn't finished: Though the Romney campaign had delayed an attack ad in deference to Santorum's daughter's illness over the weekend, it planned to roll out what the Pittsburgh Tribune-Review was a nearly $3 million ad buy in Pennsylvania in an effort to bury Santorum in his home state. (The Romney campaign would not say whether those ads have now been pulled, but one source in Pennsylvania told Hotsheet that Team Romney cancelled scheduled television ads yesterday afternoon.)

(At left, Brian Montopoli discusses Santorum's departure from the race in the latest episode of "The Drive")

And while Newt Gingrich and Ron Paul have yet to officially go gentle into that good night, they've both implicitly acknowledged that the race is over - and aren't even making regular campaign appearances. (That's why, at this point, it would be a shock to hear Romney utter either of his remaining rivals' names in anything but positive terms.) The battlefield has now moved almost entirely toward November, with both sides engaged in an effort to frame the fight on the best possible terms.

For Romney, that means casting Mr. Obama as a failed leader whose ill-advised policies have cost jobs and kept the country from getting back on track. For the president, it means casting Romney as a right-wing extremist concerned with protecting the wealthy at the expense of the middle class. It's no coincidence that the president is currently pushing "The Buffett Rule" to mandate that those making $1 million or more pay at least a 30 percent tax rate - despite the fact that it has virtually no chance to pass the Republican-led House of Representatives.

What's next for Rick Santorum?
Analysis: Santorum leaves the race Romney had already won
Will social conservatives rally around Romney?

The big question currently being debated on the GOP side is now whether the party base that had promoted Santorum will make its peace with Romney. No less a voice than Rush Limbaugh, the rampaging id of the conservative movement, said Tuesday that there is "a degree of sadness and disappointment" that "the establishment candidate" has now become the nominee. Certainly, there will be plenty of hemming and hawing in the coming days as conservatives try to make peace with the onetime moderate Massachusetts governor. (It's already begun.)

Yet the real question isn't whether conservatives will back Romney - they will, in light of the alternative - but whether Romney will be able to win over swing voters who may have become spooked by the conservative positions on immigration and other issues that Romney adopted as he fended off primary challenges from the right. With Santorum finally out of the way, don't be surprised to see Romney whip out the metaphorical Etch A Sketch and press hard on the reset button.