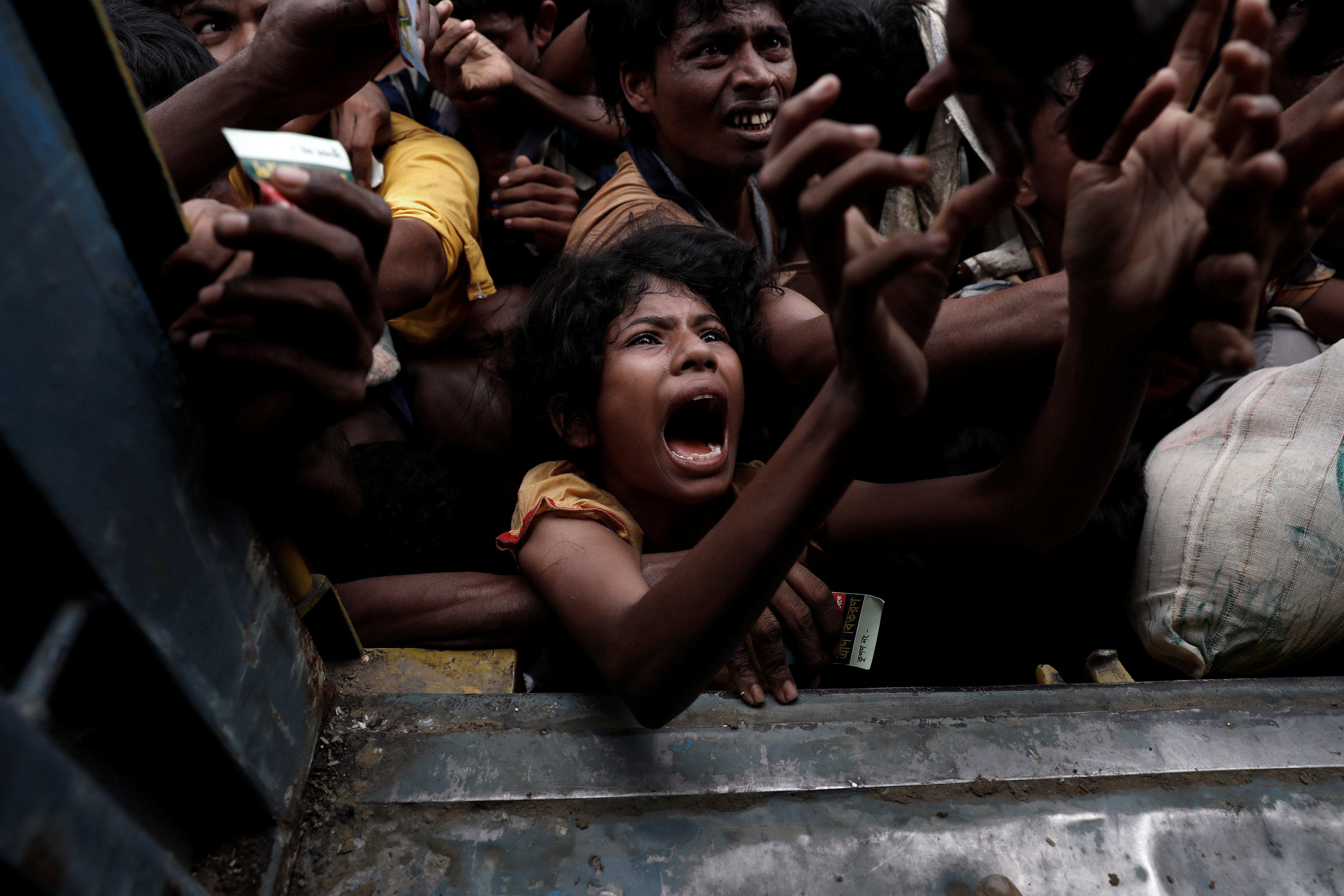 COX'S BAZAR, Bangladesh -- The United Nations High Commissioner for Refugees said Sunday that the exodus of Rohingya Muslims from Myanmar to Bangladesh is "the most urgent refugee emergency in the world" right now.

Filippo Grandi told reporters in the Bangladeshi town of Cox's Bazar that the needs of the more than 430,000 people who have fled terrible violence in Myanmar over the last month are enormous and that the international community must step up financial and material aid to Bangladesh if the South Asian nation is to be able to help the refugees.

The latest round of violence in Myanmar's Rakhine state erupted when a Rohingya insurgent group launched deadly attacks on security posts Aug. 25, prompting Myanmar's military to launch "clearance operations" to root out the rebels. Those fleeing have described indiscriminate attacks by security forces and Buddhist mobs. The government has blamed the Rohingya, saying they set fire to their own homes, but has provided no proof.

The U.N. and others have described the violence as ethnic cleansing.

Rohingya have faced persecution and discrimination in majority-Buddhist Myanmar for decades and are denied citizenship, even though many families have lived there for generations.

The government says that there is no such ethnicity as Rohingya and that they are Bengalis who illegally migrated to Myanmar from Bangladesh.

Grandi toured the massive refugee camps that have sprung up to accommodate the new refugees. Cox's Bazar also has a large Rohingya camp that has housed Rohingya fleeing persecution over the decades. Another 300,000 older refugees make their home in these camps.

"This has been since the 25th of August the fastest and most urgent refugee emergency in the world," Grandi said.

Grandi said he was thankful that Bangladesh's government had kept its borders open for the terrified Rohingya "in a world that has often turned hostile to refugees."

He said that the Rohingya need a long-term solution beyond helping ease their immediate suffering and added that "just like the causes of the influx are in Myanmar, clearly the solution is in Myanmar as well."

He said that Myanmar must end the violence that has caused such a vast number of people to flee their homes and to grant human rights organizations like his access to areas where the violence had taken place.

He said that while UNHCR and the World Food Program have a presence in Rakhine, "our movement is still restricted. This has to be restored so that we can help those who have not come over."

Last week, Myanmar's leader, Aung San Suu Kyi, said in a televised national address that the worst of the violence in Rakhine state was over. She said that the "great majority" of Muslims within the conflict zone stayed and that "more than 50 percent of their villages were intact."

However, Amnesty International said in a statement Friday that new satellite images and videos showed smoke rising from Rohingya Muslim villages in Rakhine. The London-based group said its sources in Rakhine claim the fires were started by members of the Myanmar security forces and vigilante mobs.

"The time has come and gone for giving Myanmar's military and political leadership the benefit of the doubt," Amnesty International said. "The international community must be unequivocal in its condemnation and take effective action to halt this ethnic cleansing campaign as well as bring the perpetrators to account."

5 years of misery: "The world seems to have forgotten the Rohingyas"