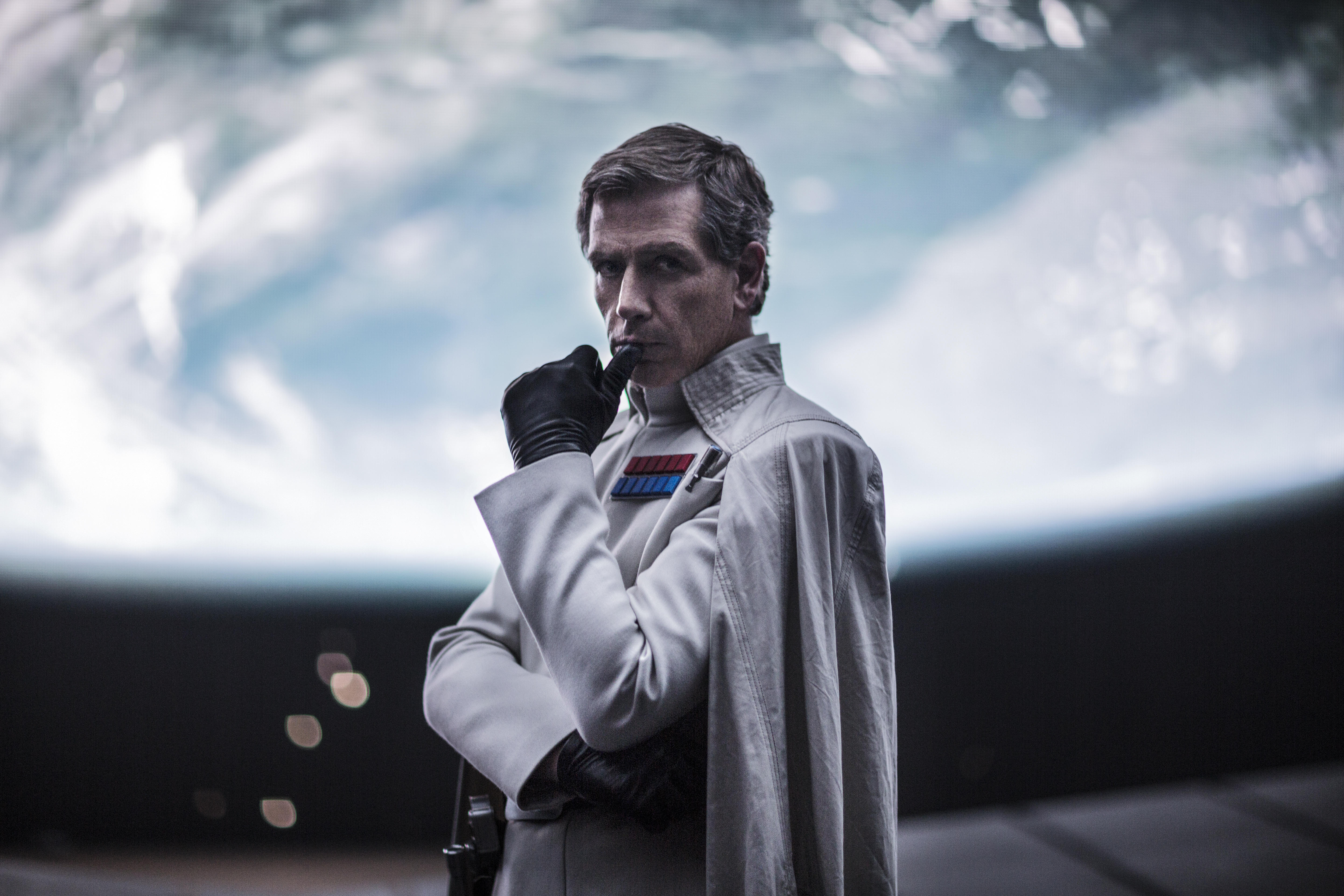 Playing the bad guy in “Star Wars” can be a lot of fun -- especially if you’re a lifelong fan of the franchise like Ben Mendelsohn, who suits up as Imperial officer Orson Krennic, the man in charge of construction of the Death Star, in “Rogue One: A Star Wars Story.”

Mendelsohn geeked out with CBS News about joining the galaxy far, far away and getting a chance to visit the gift shop at LucasFilm’s San Francisco headquarters.

As a “Star Wars” fan, how much of this is a complete head trip? Even just putting on the costume -- what was that like?

Putting on the costume was the most important. The original “Star Wars” costumes are very basic -- but very effective -- due to their budgetary constraints. You know, you’ve got togas to fashion that look like this and Leia’s hairdo and it all looks new and unfamiliar in its way. But that costume, those boots, that cape, that jacket and the trousers and what they do to you -- the way they sort of force you up -- that’s when it really comes together.

How does this film match up to the 1977 “Star Wars” film that comes after it chronologically?

I think the way this world feels lived-in and gritty and incredibly faithful to “A New Hope” is one of its real virtues. It’s sort of like through a glass darkly, if you like, of the original film -- it kind of mirrors it, and while the first film is very beautifully grand and operatic and stately, this film is moody and moving and skulking and then comes out and punches you around a bit and disappears back into its hole and glares out at you a bit -- it’s sort of an opposite reflection of its great grandaddy. Hopefully.

Removing yourself from the equation, do you have a favorite character in this?

OK, so what did you get at the gift shop?

OK, I got three of the Yodas because for my money that is the single best buy at the gift shop --because they’re a limited edition of the cast. I got a collection of droids, I got the Death Star top of the Christmas tree thing, I got a couple of Death Troopers to hang on the Christmas tree, I got some shoes for the girls ... what else? Oh, and I got the samurai versions of Vader. I thought that was too special to pass up.

You’re now a playable character in the “Star Wars: Battlefront” video game. That has to be a first.

They’ve got the DLC already? You know what? I’ve been into games my whole life, so I think that’s pretty cool, too.

Are you going to play as yourself?

You probably shouldn’t tell online gamers that it’s really you.

I can imagine that I would get overcooked at some stage and go, “Yeah? I made this! That’s me!”