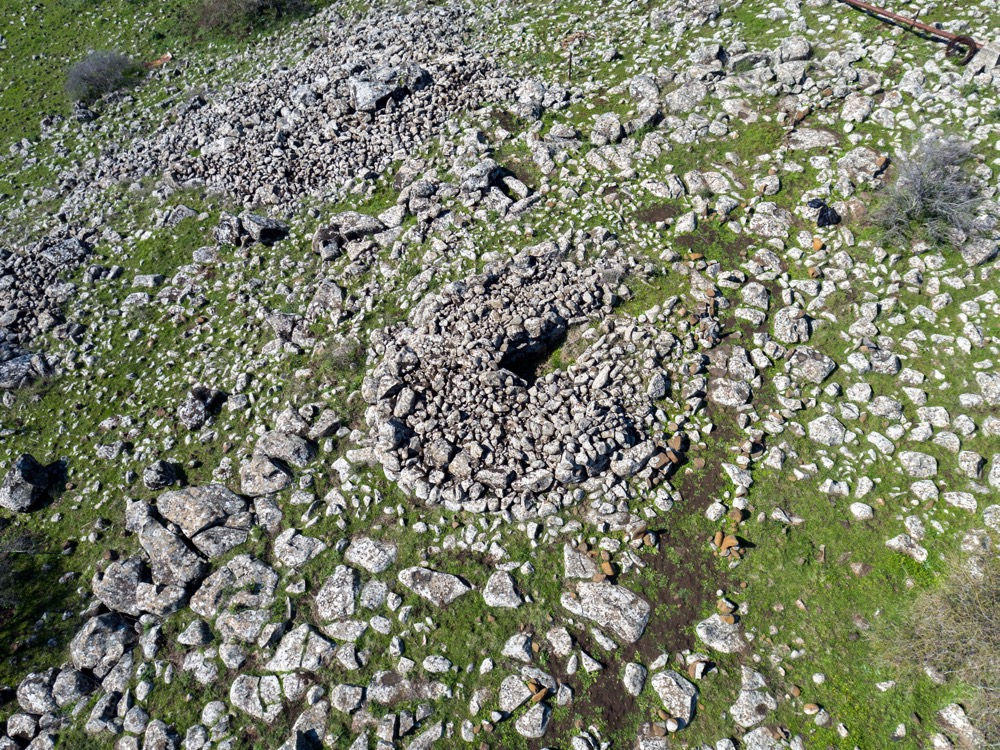 Moving 400 tons’ worth of boulders to make a 65-foot-wide tomb is no easy feat. That’s why Israeli archaeologists were impressed to find an ancient burial chamber of that size dating back to the “Dark Ages,” more than 4,000 years ago.

And the tomb isn’t just big. It also has a rare example of rock art carved into its ceiling.

The scale and careful construction of the megalithic tomb suggest that people of this era weren’t exactly living in the dark after all. Rather, the tomb, known as a dolmen, could be indirect proof of the existence of some type of organized society, the researchers argue. [See Images of the Tomb and Rock Art]

“The gigantic dolmen at Kibbutz Shamir is without doubt an indication of public construction that required a significant amount of manpower over a considerable period of time,” study leader Gonen Sharon, an archaeologist at Israel’s Tel-Hai College, said in a statement.

Thousands of megalithic burial structures have been found all over the Levant -- in Syria, Jordan and Israel. Archaeologists recently conducted a survey of the hundreds of dolmens near Israel’s Kibbutz Shamir, which is located on the lower western slopes of the Golan Heights.

One particular dolmen stood out. It was 65 feet in diameter and was made of a heap of about 400 tons’ worth of boulders. The biggest boulder was a 50-ton capstone that covered the central rectangular chamber of the tomb. In the dirt below, the archaeologists found the bones of an adult male, an adult female and a young child. There were also several secondary chambers built in the outer corners of the tumulus, or burial mound.

When the archaeologists went into the central chamber and looked up at the underside of the massive capstone, they saw abstract carvings.

“This is the first art ever documented in a dolmen in the Middle East,” Uri Berger, an archaeologist with the Israel Antiquities Authority, said in a statement.

Though most of the forms are visible to the naked eye, the researchers used a 3D scanner to get a better look at the rock art. They counted 14 engraved shapes, each consisting of a straight line connected to the center of an arc. (The shapes almost resemble anchors or arrows.) The meaning of the artwork is unknown.

Researchers have believed that after Early Bronze Age cities collapsed, people in the southern Levant descended into a dark age. Archaeologists have not found any monumental buildings or many settlements from this era (called the Intermediate Bronze Age), so they’ve assumed that most people reverted to seminomadic, pastoral lifestyles.

Sharon and colleagues think the dolmen near Shamir challenges this view. They suggest that a more complex socioeconomic system was in place during that period.

“A complex governmental system was needed to recruit laborers for building such a monumental structure and for supplying their needs during the operation,” the researchers wrote online March 2 in the journal PLOS ONE. “It also needed to possess the architectural knowledge and dexterity for the complex stonemasonry involved.”