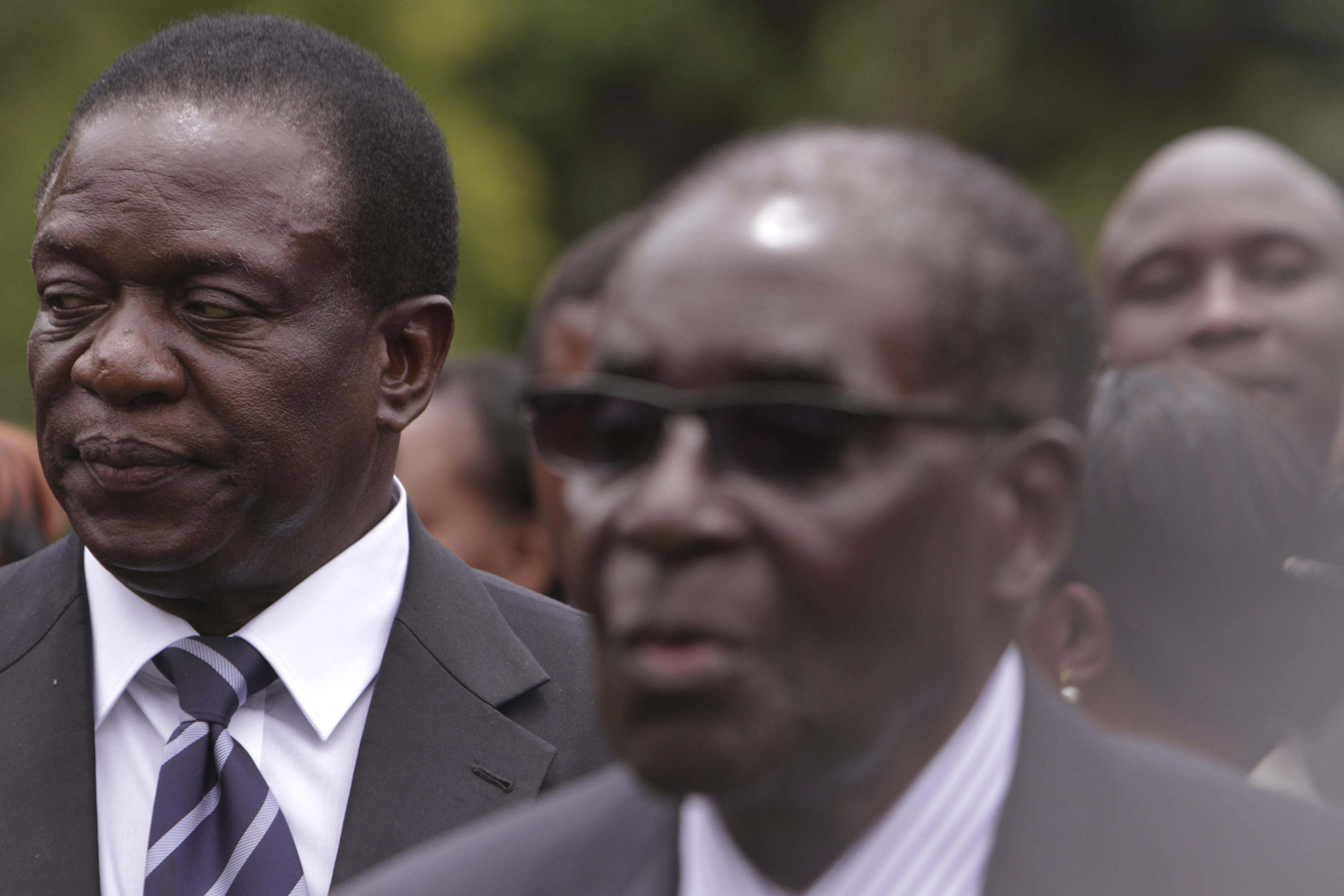 HARARE, Zimbabwe -- Zimbabwe's recently fired vice president returned Wednesday to be sworn in as the country's new leader, a day after Robert Mugabe announced his stunning resignation during impeachment proceedings against him.

Emmerson Mnangagwa emerged from hiding Wednesday, departing from neighboring South Africa to return home in preparation to take power. The 75-year-old Mnangagwa fled Zimbabwe after Mugabe fired him, leading the military to move in and kick off a series of extraordinary events ending in Mugabe stepping down Tuesday.

Mnangagwa met with South African President Jacob Zuma in a jovial "courtesy call" before taking a private jet from Johannesburg to Zimbabwe's capital, Harare. He was said to arrive at ruling party headquarters, where he would be briefed by officials.

He will be sworn in as Zimbabwe's new president Friday morning, the speaker of parliament said, after the ruling ZANU-PF party notified him of its nomination of Mnangagwa to replace Mugabe until the end of the current term next year.

It was not clear what the 93-year-old Robert Mugabe and his wife would do next. Mugabe, who was the world's oldest head of state, said in his resignation letter that legal procedures should be followed to install a new president "no later than tomorrow."

The speaker of parliament was expected to speak to reporters at midday on the way forward.

Zimbabweans woke up to the first day in 37 years without Mugabe in power. With some nursing hangovers, they looked over newspaper headlines such as "Adios Bob and Ta-ta President."

"I think this change of government is like a new breath of fresh air right across the country," said Patrick Musira on the streets of the capital, Harare. "Everyone was engulfed with excitement and they are looking for a better future, a brighter future with work."

Zimbabwe's new leaders are faced with a once-prosperous nation whose economy has collapsed, sending well-educated but frustrated young people into desperate work as street vendors. Many have left the country altogether.

Mnangagwa is a former justice and defense minister who served for decades as Mugabe's enforcer, a role that earned him the nickname "Crocodile." Many opposition supporters believe he was instrumental in the army killings of thousands of people when Mugabe moved against a political rival in the 1980s.

So far in the current political turmoil Mnangagwa has used inclusive language, saying in a statement hours before Mugabe's resignation that all Zimbabweans should work together to advance their nation.

"Never should the nation be held at ransom by one person ever again, whose desire is to die in office at whatever cost to the nation," Mnangagwa said.

In a new commentary, the state-run Zimbabwe Herald newspaper stressed the importance of presidential term limits, saying Zimbabweans will "never again go back into a box of silence."

It added: "We hope that when (Mnangagwa) finishes his stint in State House the cheers will be for a job well done ... He has the best wishes of most Zimbabweans, at least today."