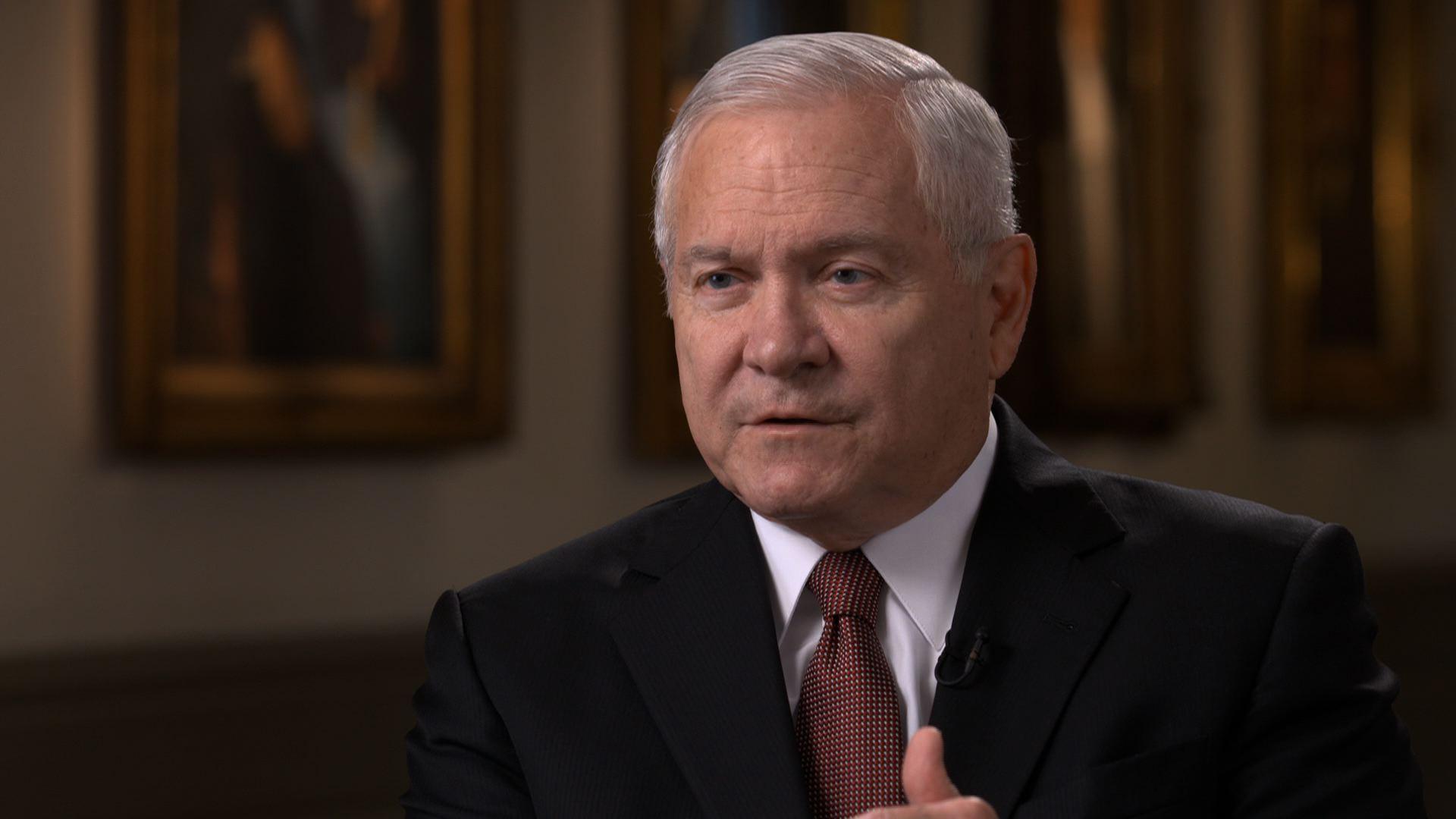 Former Secretary of Defense Robert Gates suggested that President Donald Trump "limit spontaneity" and "stick to the script" on his first trip abroad as president.

In an interview that aired Sunday on "Face the Nation," Gates, who served under eight presidents in various capacities and is now the Chancellor of William & Mary, said that he generally agrees with Mr. Trump's "disruptive approach," but that on foreign policy, the president would be wise to proceed with caution.

"I think that the key will be to limit spontaneity to areas that are fun or that sort of say something about you as a real person," Gates said. "I think when it comes to the issues, I'd advise him to stick to the script. But, I mean, he is going to have some very tough conversations and he's going to be talking about some very tough and complicated issues in all of the places that he visits."

Gates also said that "it's good" when a president "does things that are humanizing."

Mr. Trump will leave Washington, D.C., on Friday to visit Saudi Arabia, Israel and the Vatican, where he plans to meet Pope Francis. His trip will also include a NATO meeting in Brussels and the G7 summit in Sicily, Italy.

The president is known to make comments -- in person and on Twitter -- that have the possibility of setting off a political firestorm. Before his first meeting with Chinese President Xi Jinping, for example, the president tweeted that his meeting with the Chinese leader "will be a very difficult one."

Gates said that generally, Mr. Trump's disruptive approach -- even in matters of foreign policy -- is a good thing, and that there is a need for disruption.

"We've had three administrations follow a pretty consistent policy toward North Korea, and it really hasn't gotten us anywhere," Gates said. "So the notion of disrupting and sort of putting the Chinese on notice that it's no longer business as usual for the United States I think is a good thing."

"Now, the question is obviously in the implementation of disruption," he said. "On the foreign policy side, there's the risk of being too spontaneous and too disruptive where you end up doing more harm than damage. And figuring out that balance is where having strong people around you matters."

In regard to North Korea, Mr. Trump has gotten China's attention, Gates said. The president has, at least verbally, taken a seemingly more aggressive stance than the Obama administration did, and has met with China's Jinping to negotiate a strategy for dealing with North Korea's nuclear weapons program.

"My last visit to China as secretary, January of 2011, I told President Hu, just like this, 'President of the United States wanted me to tell you that we now consider North Korea a direct threat to the United States,'" Gates said. "And it had no effect whatsoever."

"I think President Trump has their attention," he said. "And my one concern is that he may overestimate how much power China has in Pyongyang. They have -- they do have influence, and they do have companies, and they do have economic relationships that could make life much more difficult in the north. Their balancing act is, 'How much worse can we make it in the north without creating that which scares us more than anything, which is a collapse in the north.' And then what happens to all those nuclear weapons."

On Russia, Gates said to watch Mr. Trump's policy approach more than transitory things like his recent appearance with Russian Foreign Minister Sergey Lavrov, which took place the day after Mr. Trump fired FBI Director James Comey. When asked what he made of the Trump White House keeping American photographers and press out of the room during their meeting, and of photographs being released by the Russians, he said he thought it was "all pretty odd."

He also said that when it comes to the policies that have been followed since President Trump came into office, "there really hasn't been any slack cut for the Russians."

"And I think one of the things that has surprised people has been that the relationship between the United States and Russia has in fact deteriorated since the election," he said.

"The administration, the contrast between the way they have treated the Russians and the way they have reacted to the Chinese is pretty stark. So, you know, having smiles in the Oval Office, I don't know, maybe I'm just getting too old, but I don't think that's that big a deal. It's in their policies and in their actions that really matters. And in those -- in those arenas, I think they've been pretty tough-minded."