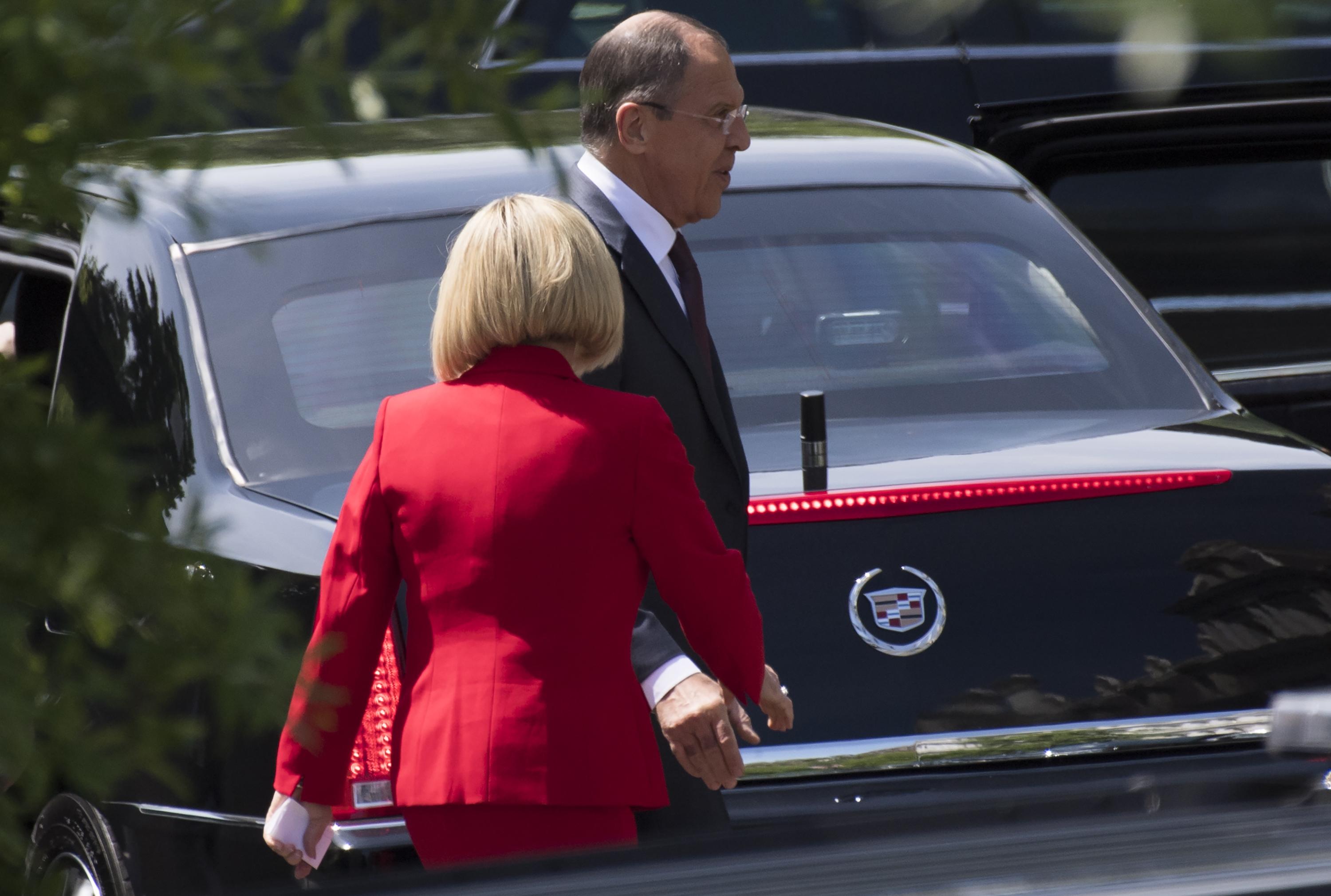 Twitter accounts held by the Russian Ministry of Foreign Affairs and the Russian Embassy provided a running commentary of highlights from Lavrov's Washington visit, including Lavrov's jibes with reporter's at the State Department regarding FBI Director James Comey's firing.

Following Lavrov's comments, the Ministry tweeted a photo of a handshake with Mr. Trump in the Oval Office.

The Russian embassy then followed up with a tweeted photo of Mr. Trump shaking hands with Russian Ambassador Sergey Kislyak, the same ambassador who is currently at the forefront of the ongoing investigation into Russia's meddling of the 2016 election.

Kisylak reportedly spoke with several Trump advisers before Mr. Trump took office, including his son-in-law and top adviser Jared Kushner and former National Security Adviser Michael Flynn, who was eventually fired for misleading the Vice President about his contacts with the Russian envoy.