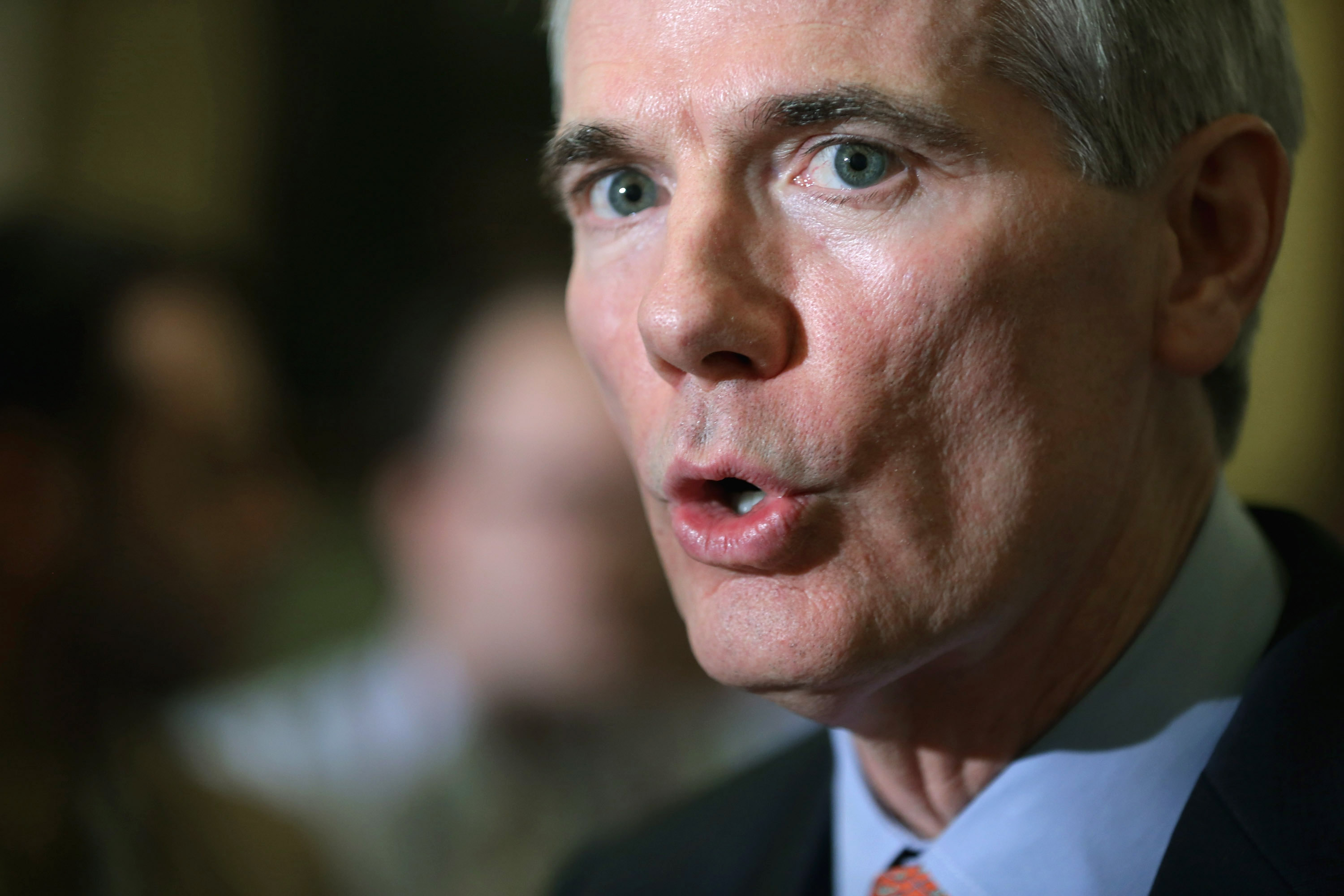 "I suspect we will vote to repeal early - to put on record the fact that we Republicans think it's a bad policy and we think it's hurting our constituents," he said at a Christian Science Monitor breakfast. "We think healthcare costs should be going down, not up. We think people should be able to keep insurance that they had. We're worried about the fact that the next shoe to drop is going to be employer coverage."

Portman continued, clarifying his support of the GOP strategy to repeal and replace: "I support repeal but I think we ought to also spend time on the replacement side of that. The Republican approach has never been 'let's get rid of this,' but, 'let's replace it with something that does deal with a very real problem in our healthcare system.' And that is the entry's cost and lack of coverage."

Healthcare is one of a handful of issues on which Portman thinks Democrats and Republicans can find common ground - especially in light of a potential GOP majority in November, which Portman thinks will force the president to come to the table simply due to unprecedented levels of dysfunction in Washington.

"It also will require Republicans to work with the president to find some common ground. And if it does happen, the next two years can be productive," Portman said.

"I may sound naive, since everyone's decided the next two years are going to be all about 2016, but I look at what's happened over the years when there's been divided government," he went on. "That's when we've done tax reform, that's when we've done entitlement reform - to move this economy forward on these big issues. And we have a desperate need for that right now."

In addition to healthcare reform, Portman's "simple agenda for the first 50 days" of a Republican congressional majority would include a focus on moving forward with the Keystone Pipeline; the president's negotiating authority on trade agreements; a few bills on the regulatory front including a bipartisan permitting bill; and tax reform.

"I don't think the president's approach to this is going to help because he's putting a Band-Aid on the issue to deal with so-called 'inversion,'" Portman said. "That doesn't deal with corporate takeovers of foreign companies. The obvious answer is to fix the code. And if we don't do that, we'll continue to have American companies taking jobs and investment abroad."

While the battle for the majority is "too close to call," Portman expressed confidence in picking up seats in West Virginia, South Dakota and Montana and said that incumbent Sen. Pat Roberts, R-Kansas and Minority Leader Mitch McConnell, R-Kentucky, will be "fine." He also added that he believes Republicans will hold their seat in Georgia without having to employ substantial defense in David Perdue's matchup against Democrat Michelle Nunn.

"I'm hopeful we won't have to expend [National Republican Senatorial Committee] resources in those red states I talked about - all states that mitt Romney won handily," he said. "We have good candidates and I believe we'll be fine. Our focus will be more on North Carolina, Arkansas, Louisiana, Iowa, Michigan, Colorado, New Hampshire, Alaska. I think those are the states that will determine the majority."

But a Republican takeover of the Senate is not what keeps Portman up at night, he adamantly specified, but rather what he called the country's leadership deficit abroad and at home. Portman told the group of reporters that he hopes most Republicans will support what the president laid out in his address to the country on Wednesday night.

"What I don't support again is this continued reluctance on behalf of our commander in chief to let the world know that the United States can be depended on and that we will be there for the long haul," he said.

Portman concluded breakfast by addressing 2016 speculation, fueled by a recent visit to New Hampshire, saying that he planned to take a look at running after the midterm election. The Dartmouth alum added: "My daughter goes to school up there, so part of my heart is in New Hampshire."