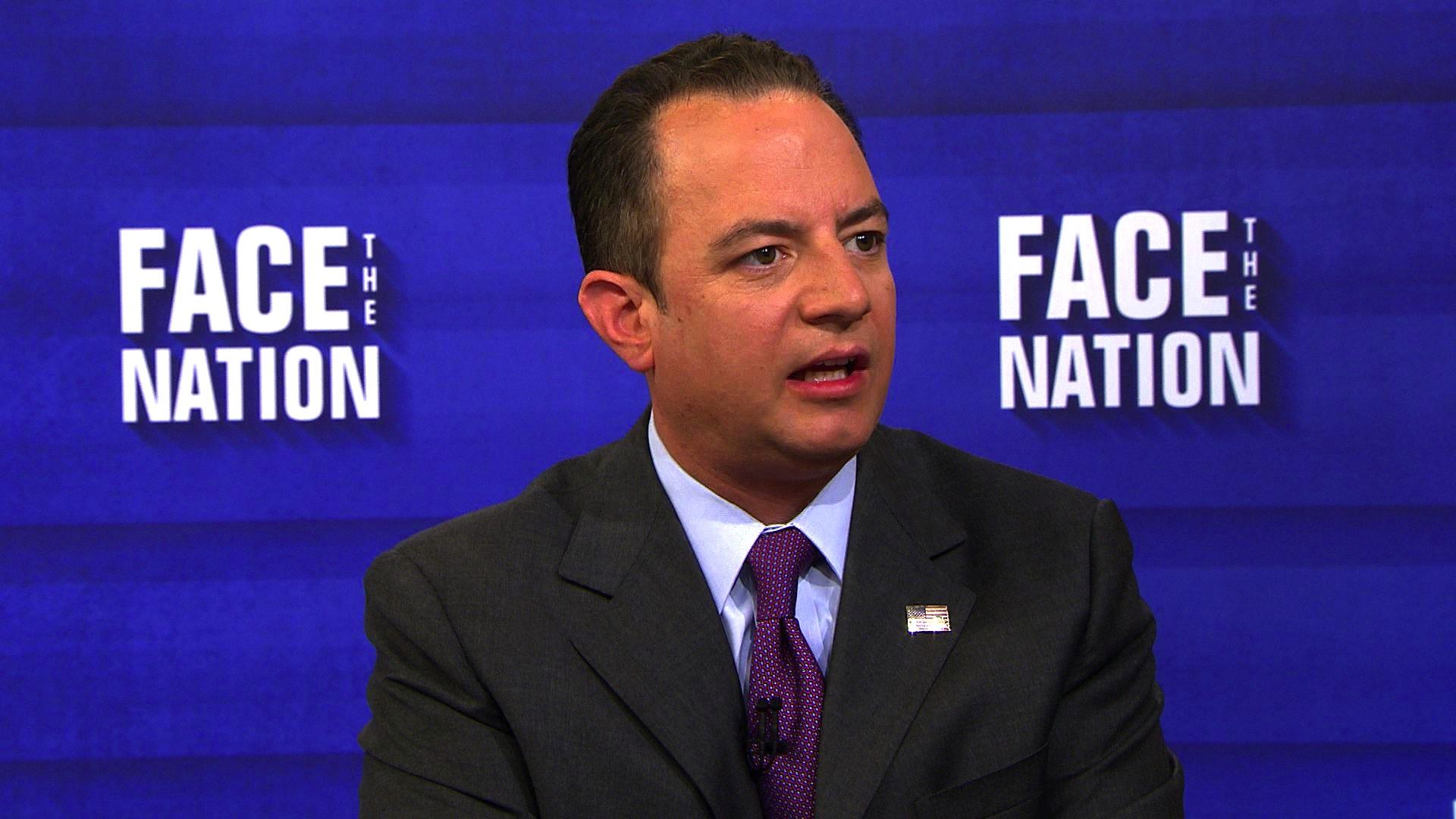 Republican National Committee Chairman Reince Priebus said Sunday that it’s high time for Donald Trump’s former primary challengers to come on board and support his campaign—and suggested there could be trouble for them in 2020 or 2024 if they don’t.

“Those people need to get on board,” he told CBS’ “Face the Nation.” “And if they’re thinking they’re going to run again someday, I think that we’re going to evaluate the process – of the nomination process and I don’t think it’s going to be that easy for them.”

Several of Trump’s former Republican primary opponents, including Ohio Gov. John Kasich, Texas Sen. Ted Cruz, and former Florida Gov. Jeb Bush have not endorsed Trump in the months since the GOP businessman secured the nomination. Asked explicitly whether that meant there would be penalties for the handful of 2016 Republican hopefuls who have not endorsed Trump if they opted to run again in 2020 or 2024, Priebus said nothing has been decided but that it’s something the party will “look at.”

All of the major Republican candidates, including Trump, signed a so-called “loyalty pledge” last summer stating that they would support the eventual Republican nominee “regardless of who it is.” The document wasn’t legally binding, but candidates were asked to sign it last summer after Trump at the time wouldn’t rule out a third-party bid if he lost the nomination.

“People in our party are talking about what we’re going to do about this. I mean there’s a ballot access issue in South Carolina. In order to be on the ballot in South Carolina, you actually have to pledge your support to the nominee, no matter who that person is,” Priebus said. “So what’s the penalty for that? It’s not a threat, but that’s just the question that we have a process in place.”

With regard to Trump’s admission Friday that President Obama was born in the U.S., putting to rest his five years as one of the most visible proponents of the “birther” movement,” Priebus defended Trump’s long refusal to put the issue to rest.

“The point is people are asking him about it. People weren’t asking him about it for a long time,” Priebus said. “And he came out and said, ‘Listen, I was involved in trying to figure this out, as well. And I’ve determined that the president was born in Hawaii.’ Just like I’ve said for years. So this is not like, for me, a mystery.”

He also added that he believes, as many Trump aides have said in the past few days, that Democratic nominee Hillary Clinton’s campaign was first responsible for the “birther” movement—a claim that Clinton and her aides have expressly denied.

When moderator John Dickerson responded that there was “no evidence” Clinton herself was involved in spreading these rumors in 2008, Priebus suggested there was enough “circumstantial evidence” to make it clear that either she or her campaign were “definitely involved.”

“People get convicted every single day with circumstantial evidence that is enough to -- to tip the scale,” Priebus said. “And by the preponderance of evidence before us, Hillary Clinton, or her campaign, were definitely involved in this issue. So we can’t keep saying it’s not true. That’s ridiculous.”

Priebus also said he didn’t believe the issue was something driving excitement among Republican voters, as Trump has previously suggested.

And with just over a week until the first presidential debate between Clinton and Trump, Priebus said he believes everything is “square” with the process. This summer, Trump claimed the process was “rigged” because two of the four scheduled debates would air during NFL games; at the time, Priebus told “Face the Nation” there needed to be more “give and take” with the Commission on Presidential Debates.

“I think it’s square,” he said Sunday. “And I think people are ready to move forward and move on with this. And I think that first debate is going to be probably one of the biggest events in the history of presidential politics.”