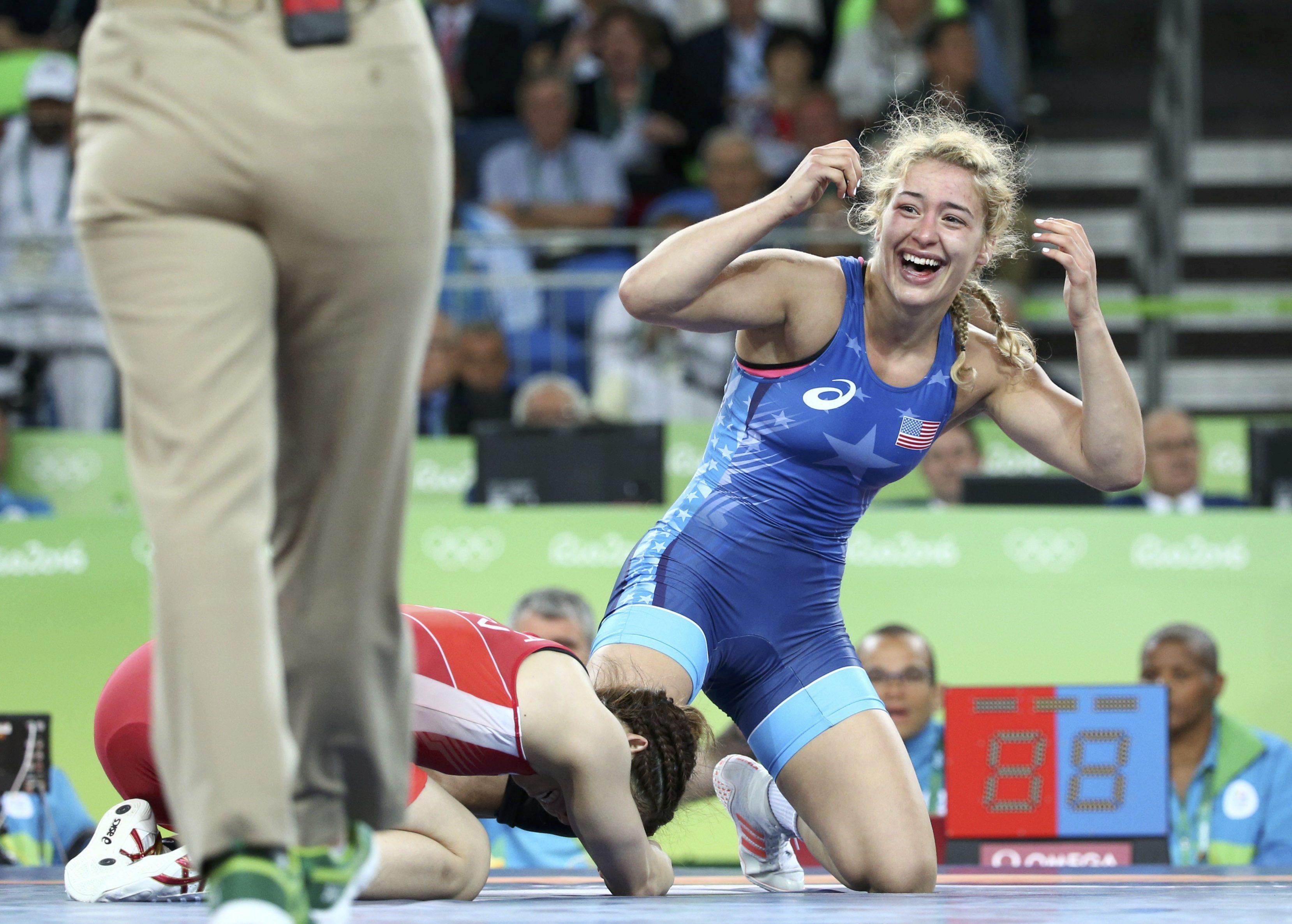 Helen Maroulis of the United States defeated Japan’s Saori Yoshida 4-1 in the 53-kilogram freestyle final to win the first-ever gold medal for an American women’s wrestler.

Maroulis celebrated Thursday’s win by running around the mat in a circle and holding the United States flag with both hands while it was draped over her back.

Yoshida was a 16-time world champion who was going for her fourth gold. She hadn’t lost in a major tournament in years, but she had been less dominant in recent tournaments. Maroulis, who was on a two-year win streak of her own, called it an “honor” to wrestle Yoshida.