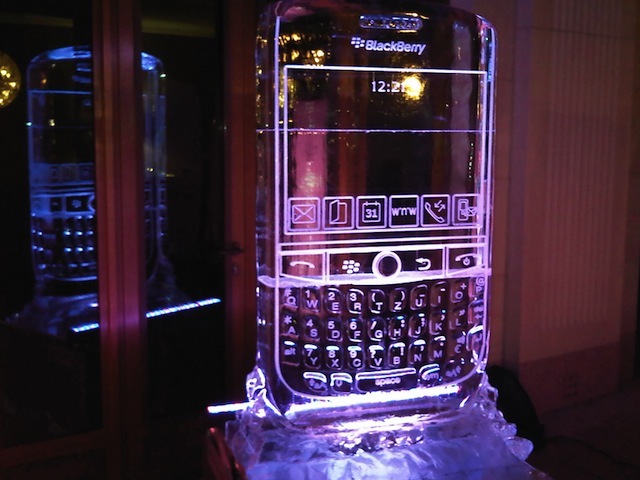 COMMENTARY They say the definition of insanity is doing the same thing over and over and expecting a different result. Wonder if Research In Motion's (RIMM) former co-CEOs have been to a shrink lately? Maybe they can get a two-for-one discount?

In what's quickly becoming a trademark "Oh no they didn't" style, RIM's floundering founders have decided to turn the company's reins over to a little-known insider, one of the BlackBerry maker's co-COOs, Thorstein Heins.

Heins wasted no time breaking out the company Kool-Aid when he announced in a conference call that he plans to stay the course, saying, "I don't think that there is some drastic change needed."

What a fascinating strategy for a company whose revenues have flatlined and whose profits and share price have plunged by over 70 percent over the past year.

Heins went on to say the company does need to improve its consumer marketing in the U.S., implying that the reason its once-loyal customers are flocking to competitors Apple (AAPL) and Google (GOOG) is about marketing and has nothing to do with former co-CEOs Jim Balsillie and Mike Lazaridis spending the last three years driving the once iconic company off a cliff in agonizingly slow motion.

Speaking of which, all the players seem to be in total agreement and complete denial over the company's perilous situation, saying the leadership change had nothing to do with RIM's performance or pressure from investors and everything to do with the timing of its next-generation products.

Well, I don't suppose the PlayBook tablet redux can be worse than the original, but last I heard, the BlackBerry 10 operating system is delayed until late 2012. Yeah, good luck with that.

As for the whole "doing the same thing and expecting different results" thing, I've got to tell you, RIM's current playbook is starting to look eerily like Yahoo's (YHOO) when it promoted Jerry Yang to CEO, or Scott McNealy turning the reins at Sun over to handpicked disciple Jonathan Schwartz, both of whom more or less stayed the course -- downhill.

On a more optimistic note, Heins said he expects the next-generation operating system to be a huge hit with developers, consumers and business users. He even indicated he might consider licensing the software to other companies. While that's an awfully tempting proposition, I suspect that folks might be a bit less optimistic and a lot less crazy about the idea. It sort of makes you wonder what's in the water up there in Waterloo, doesn't it?