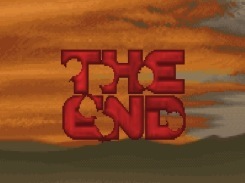 COMMENTARY. There's a relatively good chance that your company is doomed. Not "about to go out of business" doomed, but doomed in the sense that its best days are behind it and, if somebody doesn't do something drastically different, and soon, that's never going to change.

What's sad is that it doesn't have to be that way. Any troubled company can be turned around. I don't care if its getting crushed by a big competitor, losing market share, bleeding red ink, flatlining growth, lost its way, whatever the cause, it can be done.

No, I don't have some magic formula for corporate success. It's not like a miracle diet or a cure for baldness. On the contrary, there's rarely a single, simple answer to jump-start a company. Companies are complex entities with lots of moving parts. Global markets and supply chains are complicated. Competitors don't behave the way they should. And companies are led by human beings -- God help us -- with free will and all sorts of bizarre motives, idiosyncrasies, and imperfections.

It's no wonder that turnarounds can be tricky. They can be hard, really hard. Nevertheless, the simple truth is that it can be done. As I said, any company can be turned around.

So why don't all those doomed companies turn themselves around? Good question. Here are the top five reasons why your company may be doomed:

You've got the wrong CEO. Is there any doubt that somebody other than Lou Gerstner probably couldn't have turned around IBM in the 90s? Or that Leo Apotheker couldn't follow in Mark Hurd's footsteps at HP? Clearly, Howard Schultz was able to do what Jim Donald couldn't -- turn Starbucks back into a growth company. Carol Bartz made some of the right organizational and restructuring moves but didn't have a visceral feel for the market, the brave new world of social media and mobile platforms. Without the right leader, it's not going to happen.

You're not doing anything differently. Ever hear that the definition of crazy is doing the same thing and expecting a different result? If that's true, then an awful lot of boards and management teams must be raving lunatics. They stay the course, stick to the plan, bleeding red ink while desperately hoping a miracle will happen. Or they make tiny incremental changes and die the death of a thousand cuts, like Scott McNealy and Jonathan Schwartz did to Sun. Hope is not a strategy. Neither is stay the course and go down with the ship.

You're waiting too long to make a change. One thing that's constant in the business world is that the rate of change is not only increasing but accelerating over time. And yet, boards and management teams still operate at a snail's pace. They wait too long to make a change. Companies like Kodak, Sprint, and Sony have kept the same CEO at the helm far longer than they should. Turnarounds don't happen overnight, but it shouldn't take more than a year or two to know if you've got the right person in the job. That's the one thing HP's dysfunctional board actually did right -- getting rid of Apotheker so quickly.

It's a complicated mess. Just as surely as sloth and inertia can destroy a company, the opposite -- complexity and chaos -- can have the same affect. The first thing Steve Jobs did when he came back to Apple is cut dozens of programs and products so the company could focus on doing a few things and doing them well. I can't tell you how many times I've seen executives try to fix things by starting one project after another or using some convoluted strategic planning process that could only be dreamed up in a business school or a big management consulting firm. That's not how it works.

You're not asking the right people the right questions. If you don't have a really solid, genuine understanding of what's going on inside the company and outside in the market, you'll never fix anything. It amazes me how CEOs and management teams can go on for years and years without ever asking its most valuable stakeholders -- employees and customers -- what they think is going on, what the company's doing wrong, and what they think the company should be doing. That's always where the answers lie. Always.

Don't get me wrong. Turning around companies is hard stuff. But it's never going to happen if you don't at least get the basics right and, more often than not, boards and management teams fail to do that. If you turn those five failure modes we just talked about around, you get the key ingredients to a successful turnaround:

- Get the right leader

More on: 10 Strategies that kill companies -- and careers