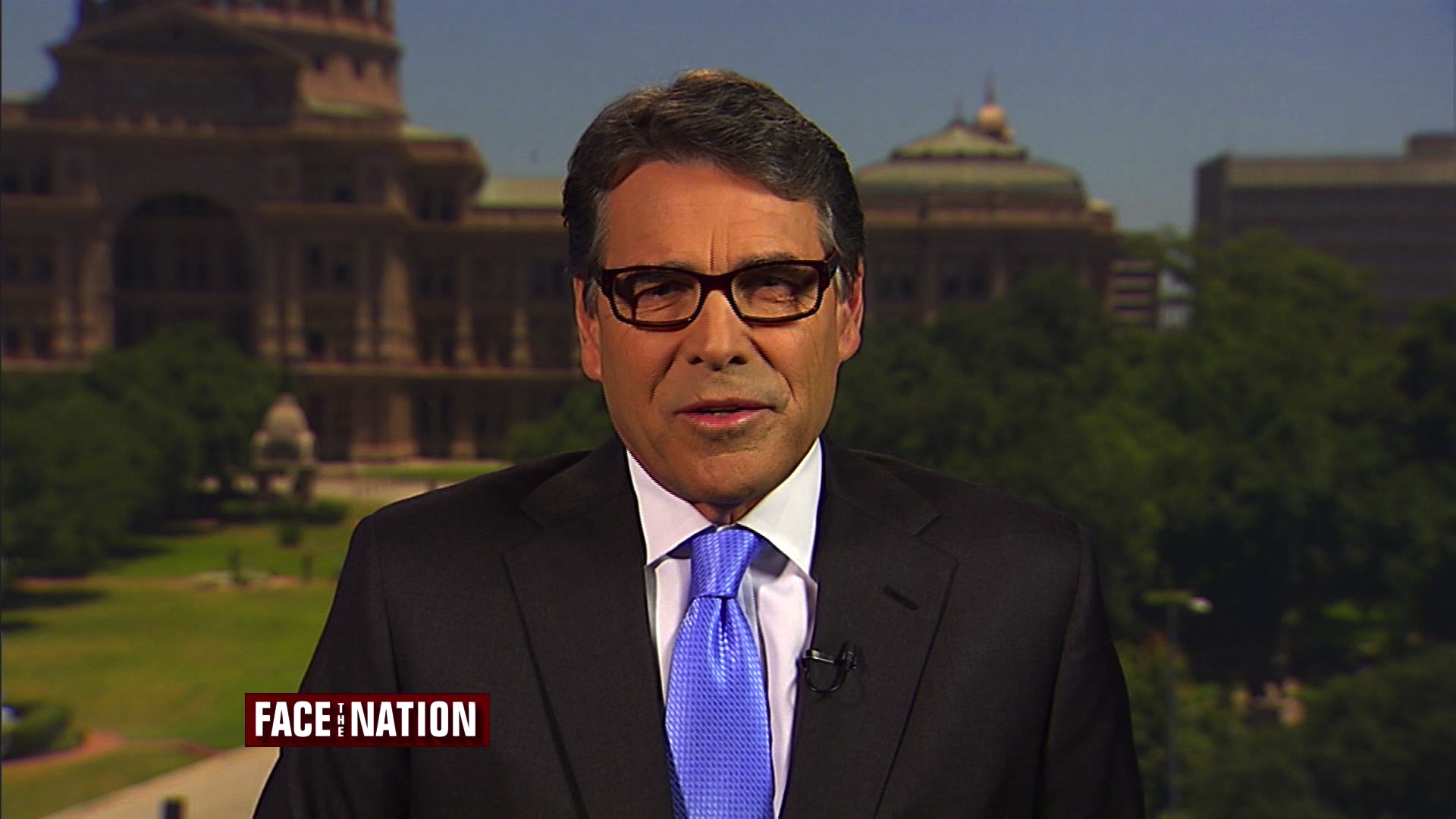 Businessman and reality television star Donald Trump may be on the rise in the field of 2016 Republican candidates, but two other GOP hopefuls, former Texas Gov. Rick Perry and Kentucky Sen. Rand Paul, don't see it as a long-term threat to their own shot at the nomination.

"Reality TV will gather a lot of interest and a lot of people enjoyed the celebrity of that, but for the last 14 years, I've had to live in the real world and deal with real world issues and come up with real world solutions. And that's what the people I think of this country want out of the next president of the United States," Perry said in an interview on CBS' "Face the Nation" Sunday.

A CNN/ORC poll released Sunday found Trump leading the Republican presidential field with 18 percent support among GOP voters. Former Florida Gov. Jeb Bush came in second with 15 percent support, which was within the poll's margin of error. The entire poll was conducted after Trump's comments last weekend that suggested Sen. John McCain, R-Arizona, was only a war hero because he was captured in Vietnam.

Perry has been one of Trump's harshest public critics. Last week he delivered a speech to supporters calling the businessman's presidential bid "a cancer on conservatism."

Elaborating on those comments Sunday, Perry said, "I want to be very clear that I'm not going to go quietly as any individual, whether it's Donald Trump or anyone else, that lays out concepts that frankly are out of line with the old historical conservatism."

Perry has also squabbled with Trump over his comments calling Mexican immigrants who come to the U.S. illegally racists and criminals, and whether or not Perry did a sufficient job defending the border during his tenure as governor of Texas.

"The real issue here that Donald Trump obviously doesn't recognize or know that border security is the federal government's responsibility. It's not the state's responsibility, but when the state fails, I'm going to step in and try to protect my citizens as best I can and in doing so, protecting the rest of this country," Perry said. He said Texas law enforcement had a "very successful effort" last year.

He also predicted that conversations about policy would be Trump's ultimate downfall in the presidential race.

Paul was less eager to spend time talking about Trump and suggested he was only doing well in the polls and exciting the conservative base because he got "about a billion dollars worth of free advertising."

"I think we're still doing quite well," Paul said, pointing to favorable polling that he says shows he can beat Clinton in several states President Obama won in 2012.

"I think actually our candidacy, which I'm billing as a different kind of Republican, we're pretty happy where we are," Paul said. He predicted that his strategy of reaching out to African-American voters in order to diversify the party means "we're going to be a big party and a party that's very difficult to beat."