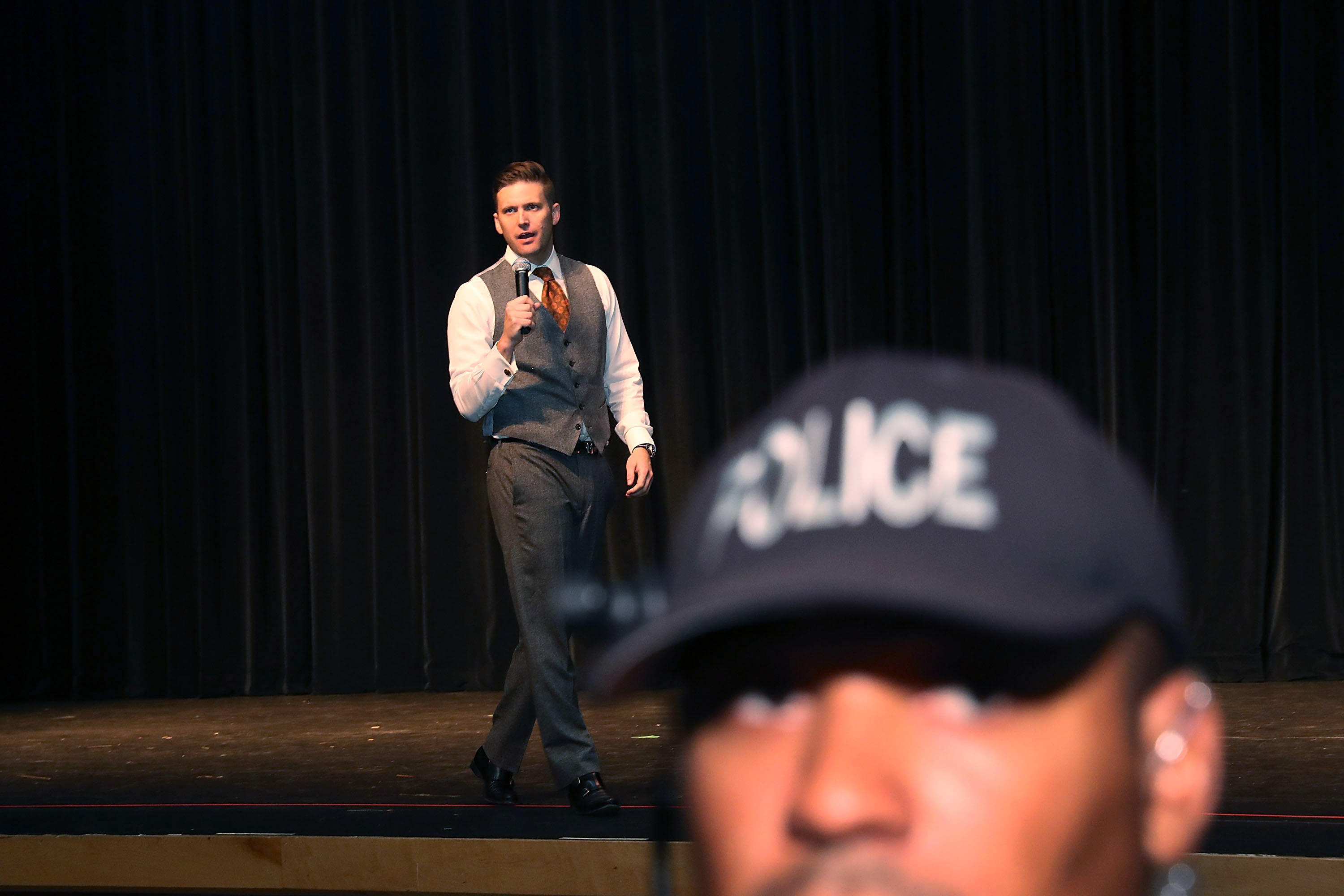 Two pages associated with white nationalist Richard Spencer have disappeared from Facebook. The social media network told BuzzFeed News on Friday that pages had been suspended.

The two pages belonged to Spencer's National Policy Institute and altright.com, both of which are listed in Spencer's Twitter bio. He did not respond to an email request for comment.

The pages' disappearance was first reported by Vice News.

In Facebook CEO Mark Zuckerberg's testimony before Congress earlier this week, he said the social media network has no place for hate groups.

"We do not allow hate groups on Facebook, overall," Zuckerberg said. "So if there's a group that their primary purpose, or a large part of what they do, is spreading hate, we will ban them from the platform overall."

He also said Facebook had not done enough to ban hate speech.

"It is clear now that we didn't do enough to prevent these tools from being used for harm as well," he said in his opening statement. "That goes for fake news, for foreign interference and hate speech."

Spencer's Twitter profile was still active, which has over 80,000 followers, although he was suspended in 2016. He later returned but without his verification. On Thursday, he posted on Twitter a podcast episode called "Is This the End of Faceberg?"

One of the most high-profile members of the alt-right, Spencer even credits himself with coining the phrase "alt-right" to describe the movement. He participated in the "Unite the Right" rally in Charlottesville in Aug. 2017 that left a counter-protester dead. In the months following, his impending arrival on college campuses for speaking engagements led to protests and cancellations. In Florida, Gov. Rick Scott declared a state of emergency in advance of a planned speech at the University of Florida. Armed guards watched over the speech while protesters shouted "Go home Spencer, go home," "Say it loud, say it clear, Nazis are not welcome here" and "Go home Nazi's go home."