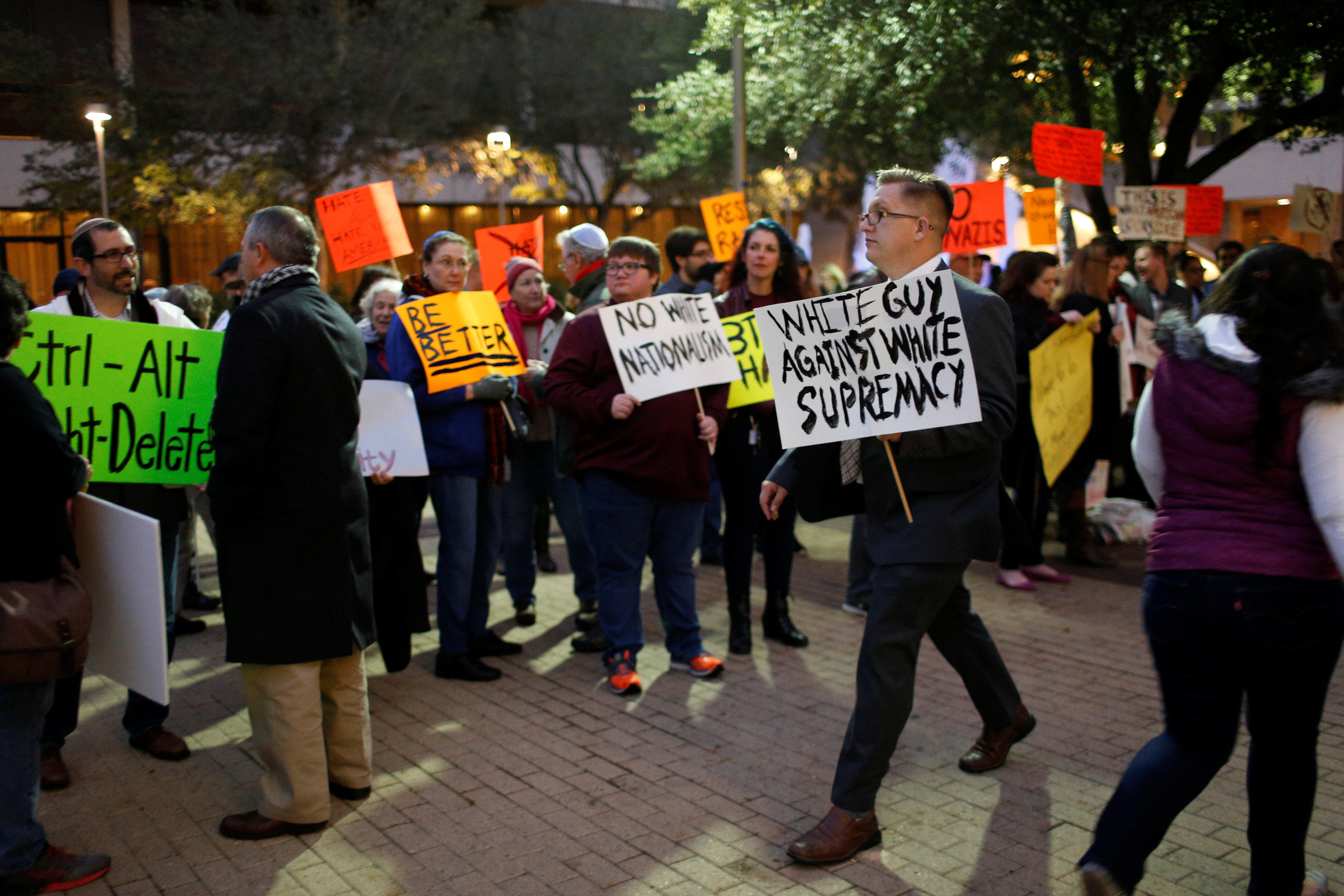 Several groups demonstrated outside the student center during and before the appearance by Richard Spencer, who leads the so-called “alt-right,” an extreme right wing movement espousing white supremacy.

At one point, Spencer told the crowd, “America, at the end of the day, belongs to white men.”

Spencer took to the stage to promote what he calls “a movement of identity.”

He is spreading his message of strengthening the white race to any and all who will listen, CBS Dallas observes. The station adds that, despite his openly racist rhetoric, Spencer denies he’s racist, claiming he only wants to awaken his “oppressed people.”

Last month, Spencer delivered a speech blocks from the White House, which elicited “Nazi salutes” from some in attendance.

Some of the roughly 600 people who filled the student center ballroom silently held signs while others loudly chanted slogans in anger, jeering Spencer, but some clapped in support.

When one woman asked for further explanation of the “alt-right” group’s objectives, men overpowered her and took the microphone away.

A brief scuffle broke out but was quickly quelled by police suited up in riot gear. Those attending the speech had to walk a gauntlet of chanting protesters while leaving the hall.

In contrast, hundreds more gathered at nearby Kyle Field to hear music and speeches highlighting diversity and unity, as a counter to Spencer.

“I think it’s important to show that hate speech is not tolerated on this campus,” said TAMU student Raul Garcia.

Others who don’t support Spencer’s message expressed support of his First Amendment rights.

“I mean, it’s his right to say what he wants, it’s also our right to reject that type of message,” said TAMU student Lauren Thompson.

At a victory rally last week, Donald Trump made this comment:

“We denounce all of the hatred, and we forcefully reject the language of exclusion and separation.”

But at the university, Spencer called Mr. Trump a “kind of alt-right hero” though he also said “we need to be willing to criticize Donald Trump.”

“I am worried about Donald Trump becoming just another Republican and not fulfilling the promise of his campaign.”

A&M officials say they didn’t schedule the speech by Spencer, who was invited to speak by a former student who reserved campus space available to the public, and called the event “reprehensible.”

“We did not invite him here, we did not want him here and we made our voices known as well,” Amy Smith, the university’s communications officer, said.

Two non-students were arrested at the event, according to TAMU police.