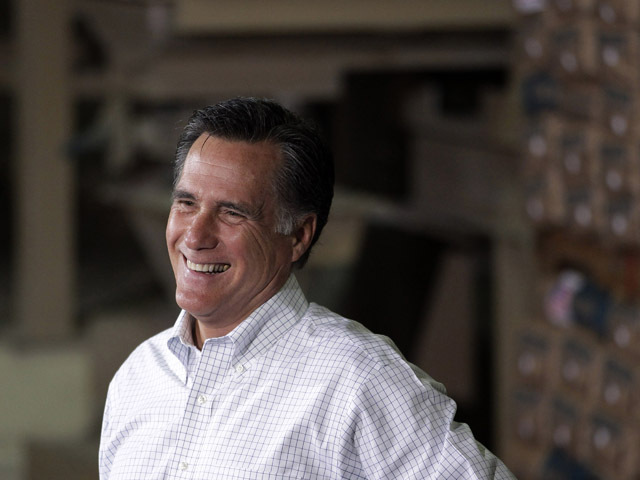 (CBS News) -- Mitt Romney swept the three Republican primaries in Indiana, North Carolina and West Virginia Tuesday, collecting delegates and moving closer -- but not all the way -- to securing his party's nomination, which he is widely expected win.

The former Massachusetts governor now has 934 of the 1,144 delegates needed to secure the nomination, according to CBS News estimates.

With no serious competition, Romney was able to collect the bulk of the 100 or so delegates at stake in Tuesday's primaries on his way to the party's official nominating convention in Tampa, Florida at the end of August.

Former rival Newt Gingrich dropped his bid for the presidency last week, after announcing the prior week that he would be giving up his White House hopes. Former Pennsylvania Sen. Rick Santorum gave up his run for the White House last month. Santorum endorsed Romney late Monday night in an email to supporters.

Texas Rep. Ron Paul, who has thus far garnered an estimated 92 delegates, remains in the race.

Romney has been campaigning vigorously against President Obama, presenting himself as a successful businessman who can lead the country back to economic prosperity.

Romneysought to portray himself as an underdog against the president in a taped interview with Fox News that aired Tuesday night.

"We're gonna have to fight very, very hard to break through the clutter of the charges and the attacks and the efforts to dissuade people from looking at his record," Romney told Fox News host Sean Hannity. He criticized everything from the president's position on women's issues to his foreign policy stance.

The two men are in a tight race and likely to engage in a fierce fight for the White House, according to the latest polls.

In a Gallup/USA Today poll of 12 swing states released this week, Mr. Obama edged out Romney 47 percent to 45 percent. The result is within the poll's four-point margin of error and closer than Gallup's last swing state poll from March, when Mr. Obama held a nine-point lead.