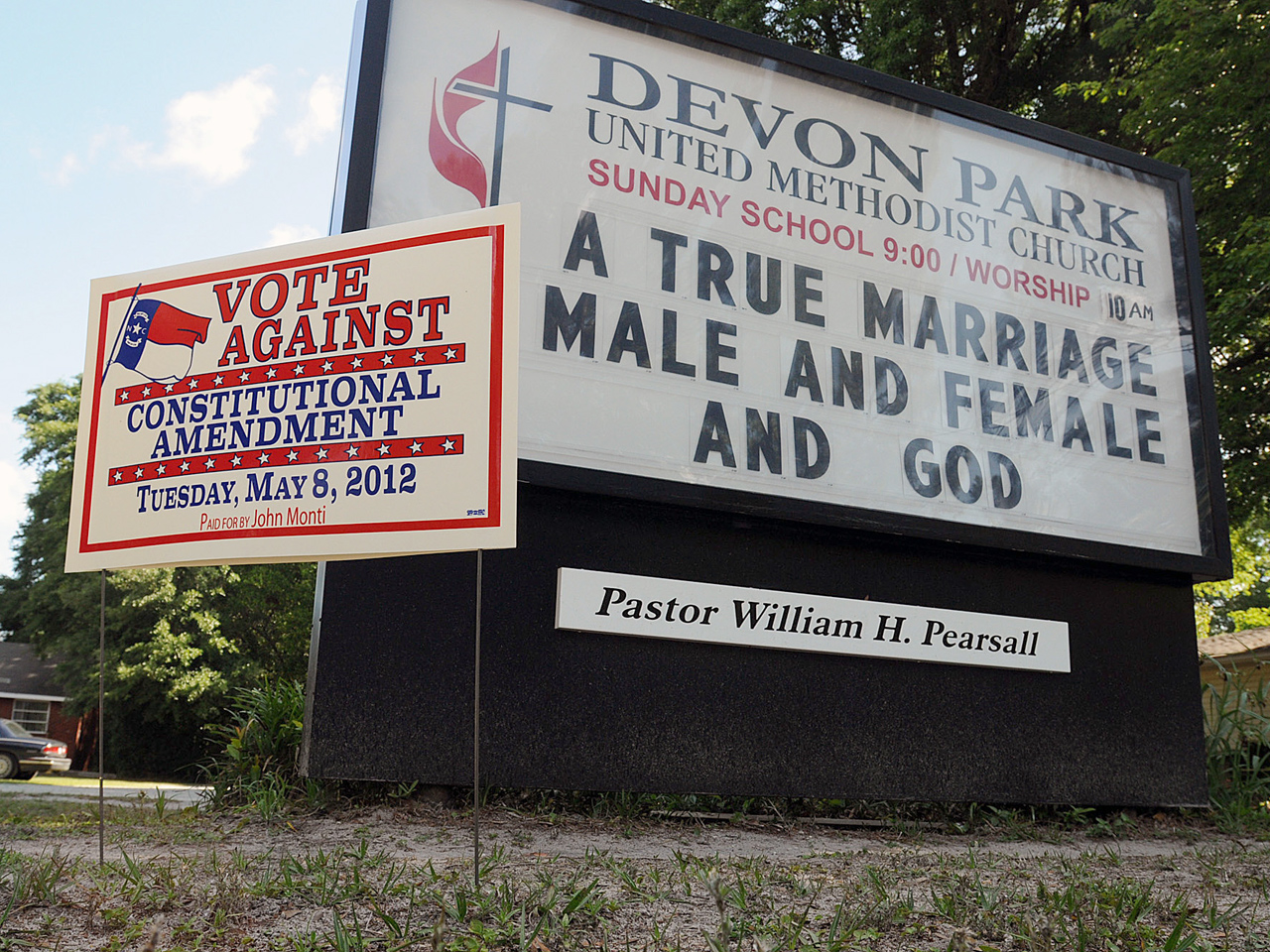 (CBS News) A majority of North Carolina voters on Tuesday approved a controversial amendment that will write a ban on same-sex marriage as well as civil unions for both gay and straight couples into the state Constitution, according to the Associated Press.

With most precincts reporting, the amendment was passing by a 61 percent to 39 percent margin.

The amendment mandates that "marriage between one man and one woman is the only domestic legal union that shall be valid or recognized." Opponents of the measureran ads stressing the impact the language would have on straight North Carolina residents, arguing that the measure would eliminate protections against domestic violence.

Former President Bill Clinton campaigned against the amendment, arguing that it "will hurt families and drive away jobs," and President Obama opposed it in a statement - though the president, who is walking a careful line on same-sex marriage, did not mention the amendment during a recent visit to the state.

Supporters, like 93-year-old Rev. Billy Graham, made a more straightforward appeal: "Watching the moral decline of our country causes me great concern," he said in a newspaper ad supporting the amendment. "I believe the home and marriage is the foundation of our society and must be protected."

Polls showed that many North Carolina voters did not understand that the amendment would impact straight couples as well as same-sex couples. The state already has a law banning same-sex marriage on the books; supporters of the amendment said it was necessary because the law could be struck down by judges.

With the passage of the amendment, North Carolina becomes the 30th state and final former Confederate state to write a same-sex marriage ban into its Constitution. Other states are going in the opposite direction: Seven states, mostly in the Northeast, and the District of Columbia have made same-sex marriage legal.

The amendment's passage comes in the wake of statements by Vice President Joe Biden and Secretary of Education Arne Duncan that seemed to support same-sex marriage. President Obama has not come out in favor of same-sex marriage, but says his views on the issue are "evolving".

The White House insists Biden's comment that he is "absolutely comfortable" with same-sex couples marrying did not represent a break with the official administration position.

In a statement reported by the Associated Press, Obama campaign spokesman Cameron French said the president was disappointed in passage of the "divisive and discriminatory" ban.

A survey by Gallup on Tuesday found that 50 percent of Americans support legal same-sex marriage, while 48 percent oppose it.

Tami Fitzgerald, head of the group Vote FOR Marriage NC, which backed the amendment, told the AP it sends a message to the country.

"The whole point is simply that you don't rewrite the nature of God's design based on the demands of a group of adults," she said.