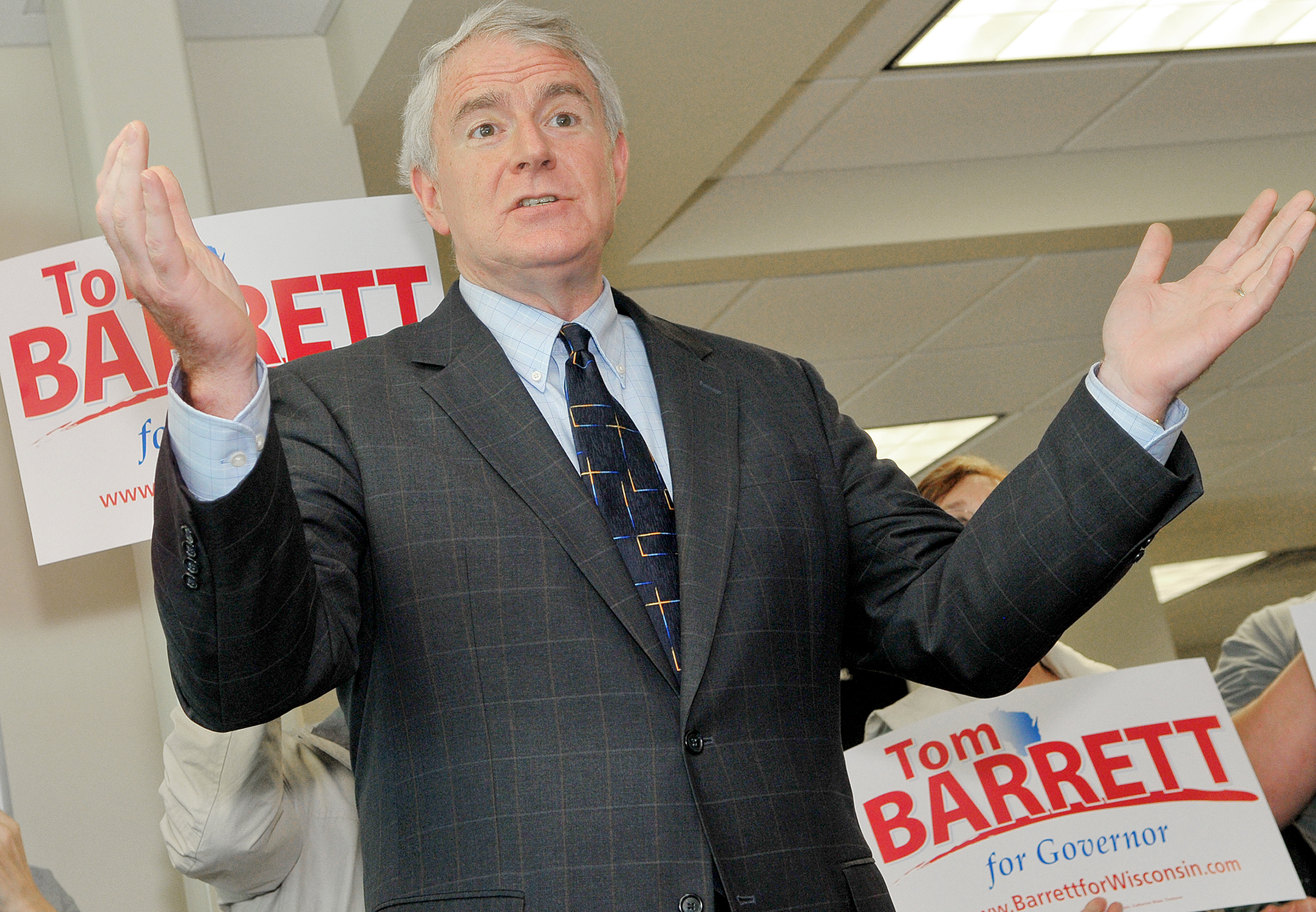 Barrett defeated three other Democrats for the party's nomination and a chance to take on the sitting governor in a rematch of the 2010 contest that put Walker into office, the AP said.

The two men were already attacking each other before Barrett formally got the nomination to face Walker in June 5 election.

The recall efforts against Walker and several other state legislators were spurred by the controversial law Walker passed in the spring of 2011, nearly eliminating public workers' collective bargaining rights. The fight over the legislation prompted weeks of raucous protests in the state and inspired some Democratic lawmakers to flee the state.

While Walker has already signed a contentious collective bargaining bill into law, demonstrators insist the fight is not over.

The Wisconsin fight over union rights became the epicenter for a national debate over government priorities, with Walker being held up as a hero by the right and a villain by the left.