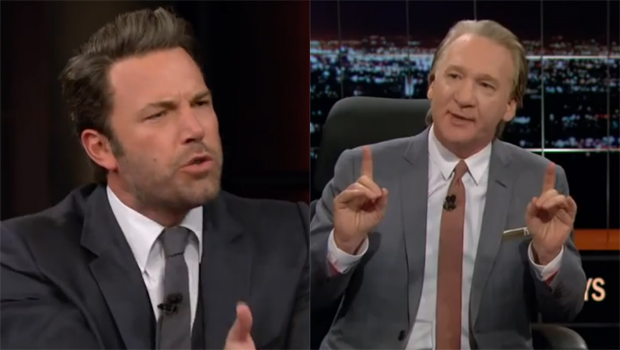 An on-camera clash between Bill Maher and actor Ben Affleck over the nature of Islam last weekend has provoked a great deal of comment over the past week, which brings us to these thoughts from religious scholar Reza Aslan:

The last week has seen the already-tense conversation about religion in this country turn into an all-out shouting match:

But if we're going to have an honest discussion about religion, let's first begin by understanding what we're even talking about when we say the word "religion."

You see, religion is not just about the things you believe or the rituals you follow. It's about who you are as a human being -- how you see the world and your place in it.

That's why religion is so intimately connected to all the other things that make up a person's sense of self, like ethnicity, culture, nationality, gender, sexual orientation.

No wonder that two people of the same faith can look at the same verse of scripture and come up with two radically different interpretations of it.

Barely two centuries ago, both slave owners and abolitionists in the United States not only used the same Bible to argue their conflicting viewpoints, they often used the exact same verses!

That's why it just doesn't make any sense to say Christians believe this, or Muslims believe that. As with all global religions, Christianity and Islam come in infinite varieties, and so it's irrational to make broad generalizations about the lived experience of any community of faith. And it's just plain bigotry to condemn those communities of faith -- be they Christian or Muslim -- base don the actions of a few.

We've been talking about the "death of God" for a very long time now. And yet, religion is arguably a greater force in the world today than it has been in centuries.

A recent survey showed that a majority of Americans want more religion in public life, not less.

So these passionate conversations we've been having about religion -- they're not going to end any time soon.

We would all be better off if we turn down the volume on the discussion, and learned a little bit more not just about each other's religions, but about religion itself.

The magic of hydrangeas
Thanks for reading CBS NEWS.
Create your free account or log in
for more features.
View CBS News In
CBS News App Open
Chrome Safari Continue
Be the first to know
Get browser notifications for breaking news, live events, and exclusive reporting.