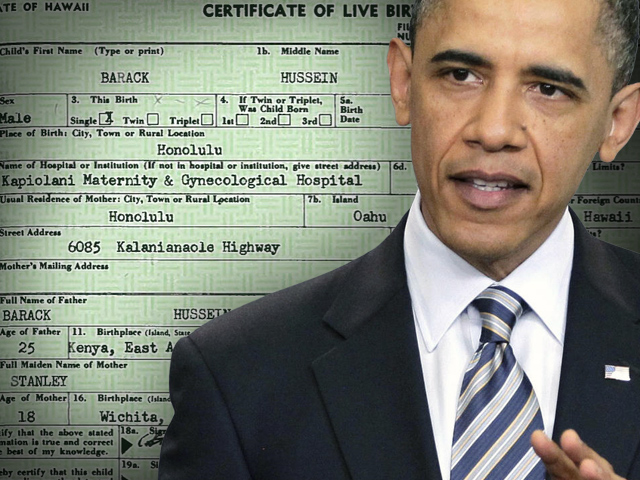 In a final attempt to put the "birther" issue to rest, the White House on Wednesday released President Obama's long-form birth certificate. Still, many -- including Republican congressional leaders, presidential conteders and well-known birthers -- were able to find fault with his actions in the aftermath of the release.

In a flurry of statements released after Mr. Obama's Wednesday's remarks regarding the issue - which he described as a "silly" distraction being propagated by "sideshows and carnival barkers" - Republicans slammed the president for everything from wasting his time on the issue to having taken too long in addressing it straight on.

"All I would say is, why did it take so long?" wondered potential GOP presidential candidate Newt Gingrich, in an interview after Mr. Obama's remarks.

Republican congressional leadership, on the other hand, slammed the president for wasting his time on the matter.

"Yesterday, White House Press Secretary Jay Carney called this issue a sideshow," said a spokesman or House Majority Leader Eric Cantor on Wednesday. "We fully agree. The White House shouldn't engage political sideshows, particularly at a time when the challenges facing our country are so immense. Despite the excitement caused by the media circus this morning, House Republicans remain squarely focused on the things that truly matter to families and business owners throughout our country."

"This has long been a settled issue," added a spokesman for House Speaker John Boehner, in a statement. "The Speaker's focus is on cutting spending, lowering gas prices, and creating American jobs."

Reince Priebus, chair of the Republican National Committee (RNC) criticized the president for allowing "talk about birth certificates" to distract him from the economy.

"As I've repeatedly stated, this issue is a distraction," he said in a statement. "Our economy is strained from out of control deficits, debt, and unsustainable entitlements. The President ought to spend his time getting serious about repairing our economy, working with Republicans and focusing on the long term sustainability of Medicare, Medicaid, and Social Security. Unfortunately his campaign politics and talk about birth certificates is distracting him from our number one priority - our economy."

The RNC also sent an email mocking the notion that Obama has "better stuff to do" than worry about the birth certificate issue, pointing out that his schedule for the day included taping an episode of Oprah and attending three fundraisers.

"What President Obama should really be releasing is a jobs plan," he said in a Tweet.

Still, not everyone seems wholly satisfied with the veracity of the birth certificate. Even Donald Trump, who credited himself with catalyzing the release of the document, emphasized that "We have to look at it, we have to see is it real, is it proper, what's on it?"

Joseph Farah, editor and chief executive officer of WorldNetDaily (WND), said that while he was "gratified that our work [investigating Mr. Obama's citizenship] has begun to pay off," he believes questions about the president's eligibility to be president remain.

"The certificate of live birth is an absolutely vital foundation for determining constitutional eligibility of any president," he said in a Wednesday interview with WND. "We look forward to reviewing it like so many other Americans do at this late date. But it is important to remember there are still dozens of other questions concerning this question of eligibility that need to be resolved to assure what has become a very skeptical public concerning Barack Obama's parentage, his adoption, his citizenship status throughout his life and why he continues to cultivate a culture of secrecy around his life."

And Orly Taitz, one of the nation's most prominent "birthers," questioned the veracity of the document, on the claim that at the time of Mr. Obama's birth, "when they wrote race, they were writing 'Negro' not 'African'." (In the document, Mr. Obama's father, who was Kenyan, is listed as "African" under "Race of Father.")

"Look, I applaud this release. I think it's a step in the right direction," Taitz said in an interview with Talking Points Memo. "I credit Donald Trump in pushing this issue."