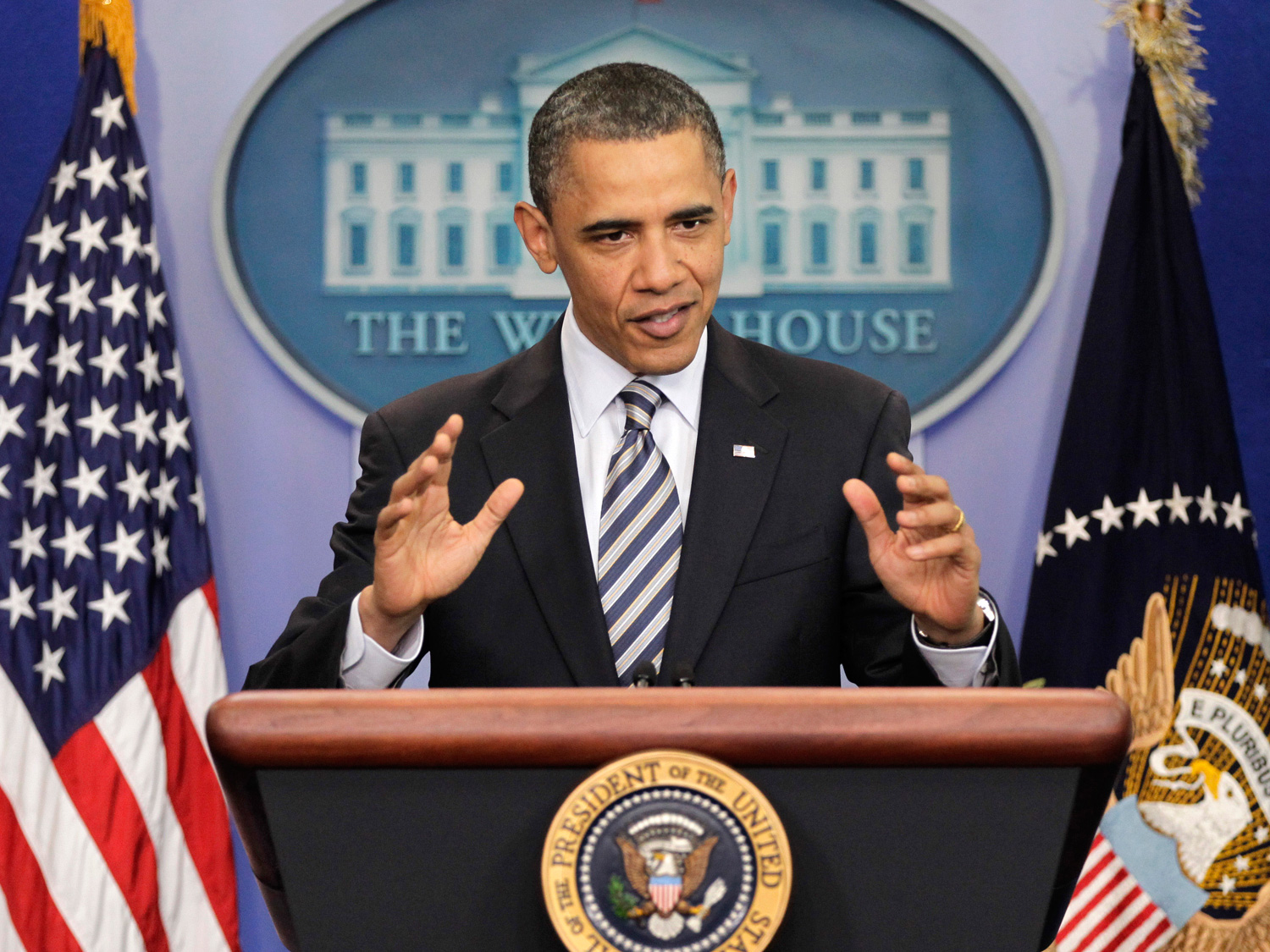 Taking aim at the media, President Obama said Wednesday morning that he released his long-form birth certificatein an attempt to shift the public debate to the important issues facing the country and away from distractions due to "sideshows and carnival barkers."

"Now, normally, I would not comment on something like this, because, obviously, there's a lot of stuff swirling in the press at any given day and, you know, I've got other things to do," said Mr. Obama. "But two weeks ago, when the Republican House had put forward a budget that will have huge consequences potentially to the country, and when I gave a speech about my budget and how I felt that we needed to invest in education and infrastructure and making sure that we had a strong safety net for our seniors even as we were closing the deficit, during that entire week, the dominant news story wasn't about these huge, monumental choices that we're gonna have to make as a nation, it was about my birth certificate. And that was true on most of the news outlets that were represented here."

Mr. Obama went on to say that America faces "enormous challenges" tied to unemployment, gas prices and the deficit, adding that he is "confident that the American people and America's political leaders can come together in a bipartisan way and solve these problems."

"We live in a serious time right now, and we have the potential to deal with the issues that we confront in a way that will make our kids and our grandkids and our great grandkids proud," said the president. "And I have every confidence that America in the 21st century is going to be able to come out on top just like we always have. But we're going to have to get serious to do it."

"Now, I know that there's going to be a segment of people for which, no matter what we put out, this issue will not be put to rest," he continued. "But I'm speaking to the vast majority of the American people, as well as to the press. We do not have time for this kind of silliness. We got better stuff to do. I've got better stuff to do. We got big problems to solve, and I'm confident we can solve them, but we're going to have to focus on them, not on this."

When he began his speech, Mr. Obama made a point of noting that television networks don't normally break into their programming to cover his remarks. He said he had heard a reporter say, "It's amazing that he's not going to be talking about national security."

"I would not have the networks breaking in if I was talking about that, Chuck, and you know it," said Mr. Obama with a smile.

He then expressed incredulity that the so-called "birther" issue had lasted as long as it has.

"Now, this issue has been going on for two, two and a half years now," he said. "I think it started during the campaign. And I have to say that over the last two and a half years I have watched with bemusement, I have been puzzled at the degree to which this thing just kept on going."

"We've had every official in Hawaii, Democrat and Republican, every news outlet that has investigated this confirm that, yes, in fact, I was born in Hawaii August 4th, 1961, in Kapiolani Hospital," he said. "We've posted the certification that is given by the state of Hawaii on the Internet for everybody to see. People have provided affidavits that they, in fact, have seen this birth certificate. And yet this thing just keeps on going."

A recent CBS News/New York Times pollshowed that one in four Americans incorrectly believe Mr. Obama was born outside of the United States.

The White House said that Mr. Obama had directed his legal counsel to ask the Hawaii State Department of Health to break their protocol and release his long-form birth certificate. It said the state granted the exception in part because of the tremendous volume of requests for the document it had been getting.

Potential Republican presidential candidate Donald Trump, who has been pushing "birther" conspiracy theories, took credit for forcing the president to release the document and added, "we have to see, is it real?"

Trump takes credit for Obama birth certificate release, but wonders "is it real?"